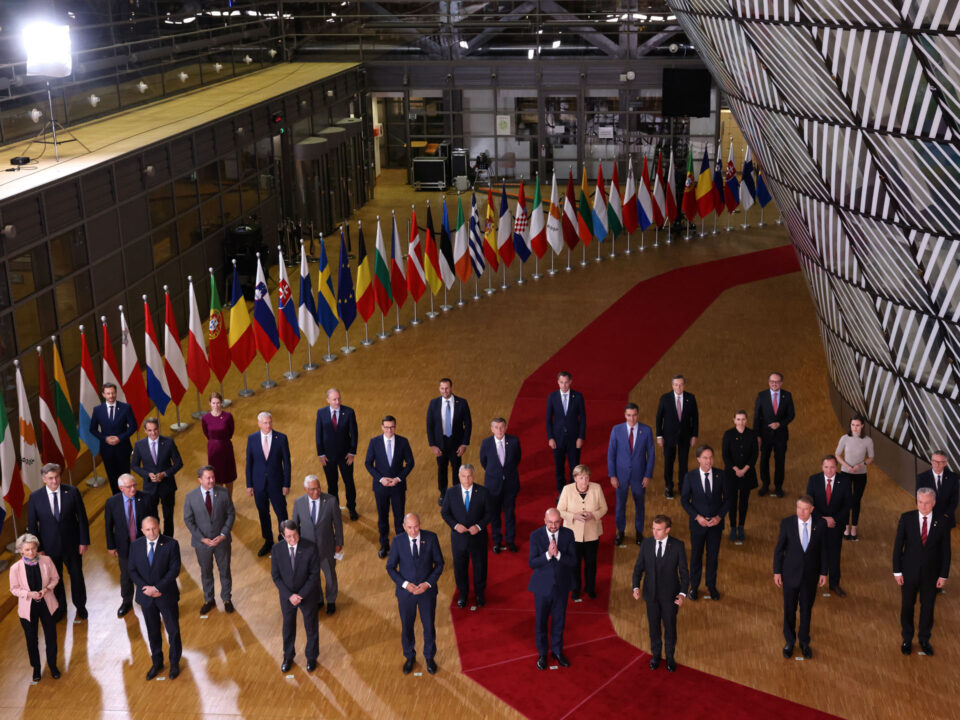 President Nicos Anastasiades on Friday queried whether the EU should continue to pursue its ‘positive agenda’ with Turkey, posing the question to his EU counterparts at the European Council summit in Brussels.

At Friday’s summit, during which EU leaders discussed the issue of migration and the green deal, Anastasiades gave an in-depth briefing on the state of play to the Cyprus problem, linking the situation with the migration pressures facing Cyprus.

In a statement, government spokesman Marios Pelekanos said that briefing the European heads of state and government, Anastasiades wondered whether “we can speak of a positive agenda with Turkey given a series of negative actions by Ankara”.

He added that Nicosia expected a document on the actions the EU may assume concerning Turkey’s illegal actions in Varosha, the fenced-off city of Famagusta.”

With regard to migration, Anastasiades stressed that Cyprus is facing “hybrid threats from Turkey in the issue of migration” and pointed out that in 2021 alone more than 6,800 asylum applications had been received, of which 6,250 came from the north, with Cyprus recording the highest per capita rate of asylum applications in the EU.

Pelekanos also said that the president highlighted that “the increased migration flows are associated with the using of migrants by Turkey which deliberately and systematically channels them to the government-controlled areas through the Green Line in violation of its obligations stemming from the 2016 EU – Turkey statement.”

He also said the president criticised the fact that Turkey continues the policy of settlement of the north aiming to change the island’s demographic composition.

According to Pelekanos, Cyprus’ EU partners “expressed full support and solidarity, both in terms of the efforts to resume the negotiating process, as well as the increased migration pressures facing the country.”

In this context, he said, the Council adopted clear remarks for the first time invoking Turkey’s obligation to implement the EU-Turkey statement of 2016 vis-a-vis the Republic of Cyprus, while the EU said it will not accept any attempt by a third country to instrumentalise migrants for political considerations, while the EU condemns any hybrid attacks on the EU’s external borders, stating it will respond accordingly.

The president also referred to the meeting with the UN Chief and Turkish Cypriot leader in New York on September 27, noting that despite the agreement on the appointment of a UN Secretary-General special envoy, “the Turkish side retracted its agreement aiming to perpetuate the current deadlock.”

According to Pelekanos, Anastasiades told his EU counterparts that “Turkey stance is accompanied with a series of new violations of the international law in full contempt of the EU Council calls which not only obstruct the prospect of the resumption of settlement talks but escalate tensions in violation of the EU demands from Ankara.”

The president, Pelekanos added, referred to the blocking of survey vessel Nautical Geo by two Turkish warships from carrying out surveys connected with the EastMed pipeline, an EU project of common interest in the field of energy, the continued infrastructure projects in Varosha and the handing of an area of 145 square kilometres in occupied Rizokarpaso to the Turkish forces with the obvious aim to construct a base for drones in the occupied areas.