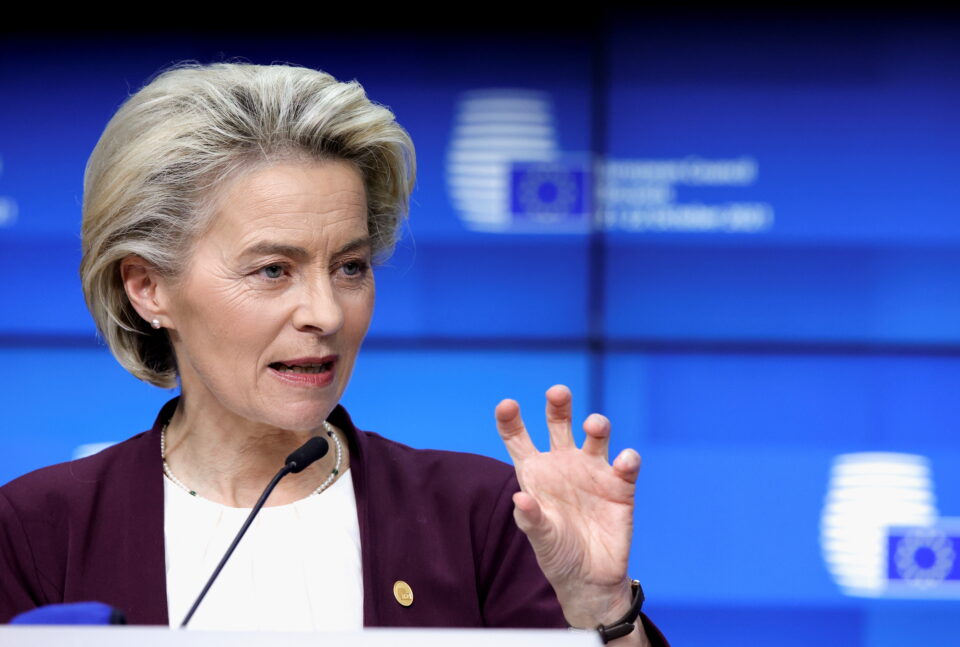 European Union leaders made a fresh effort on Friday to overcome their differences on how to handle immigrants, but disagreed on the best way forward, with the head of the bloc’s executive saying there would be no EU funds for ‘barbed wire and walls’.

While total immigration numbers are low compared to the bloc’s population of some 450 million people, the issue feeds support for nationalist and populist groups across the EU, making it hard to reach a compromise among its 27 members.

“Recent months have shown that the pressure of migration is not letting up. It’s actually rising again,” said Austria’s new chancellor, Alexander Schallenberg.

A tightening of the bloc’s external borders was essential, he said, endorsing Lithuania’s call for EU financing for hard border infrastructure such as drones or fences.

EU leaders tasked the bloc’s executive Commission with making proposals, without giving a figure or specifying at this stage what the money should go to.

Only some 5,100 migrants arrived across the Mediterranean so far this year, U.N. data shows, and several thousand have also crossed to the three EU countries neighbouring Belarus – two of several routes into the bloc.

But EU border agency Frontex said this month that almost 134,000 had tried to cross into the bloc from all the directions so far this year, nearly 50% above the figures reported for the first nine months of 2019, before the COVID-19 pandemic.

Luxembourg, Germany, France, the Netherlands and Belgium have taken in many of refugees and migrants who entered the bloc since a spike in irregular arrivals across the Mediterranean overwhelmed the union in 2015-16.

Belgian Prime Minister Alexander De Croo said that was not right, calling for both measures to protect the external border from irregular migration and help for refugees seeking asylum.

His comments go to the heart of the internal feuds in the EU, where Poland and Hungary refuse to host any of the people arriving from the Middle East and North Africa to help the southern arrival countries and rich destination ones.

The EU says Belarus is encouraging migration as a form of hybrid warfare designed to put pressure on the European Union over sanctions it imposed on Minsk. Belarus President Alexander Lukashenko has denied this and has blamed the EU for the humanitarian crisis building on their border.

“We will keep up the pressure on the Lukashenko regime,” von der Leyen told a news conference, stressing that the bloc was willing to explore further sanctions.

Lithuanian President Gitanas Nauseda said a physical barrier was needed to defend the EU in the short-term from possible further “weaponised” migratory pressure from Belarus.

“Nobody knows what will happen tomorrow. Maybe there will be three, four, five thousand migrants staying at the border at the same time or trying to cross the border in different places… We have to be decisive,” he said.

The prime minister of Luxembourg said the EU should talk to both Minsk and Moscow to find a solution, rather than imposing more sanctions. He also called for safeguarding human rights.

“These people are not being treated adequately, also by various European countries,” Xavier Bettel said. “An orderly migration must remain possible. We need to find the right balance.”

The EU has tightened asylum rules and its external borders since more than a million refugees and migrants reached Europe across the Mediterranean six years ago and cut deals with countries like Turkey and Libya for people to stay elsewhere along the global routes.