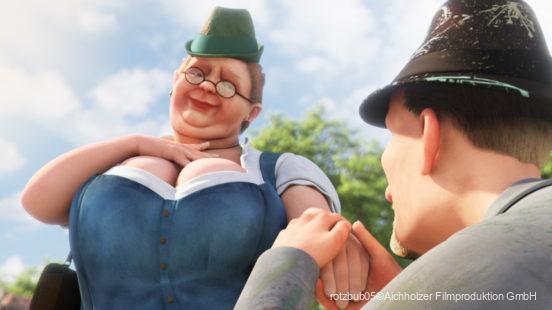 Celebrating German language and culture, five weeks of back-to-back events are coming up! The Embassies of Austria, Germany, Switzerland and the Goethe-Institut Cyprus are organising the 5th edition of the Weeks of the German Language that will take place on the whole island from October 25 until the end of November. An array of activities, including films, music, exhibitions, lectures and children’s events have been planned – all related to language and culture.

The Weeks of the German Language aim at promoting multilingualism in Cyprus and contribute to the cultural exchange between Cyprus, Austria, Germany and Switzerland. This year, 12 events are planned including a musical performance that draws from The Magic Flute by Wolfgang Amadeus Mozart. The performance is titled Rejected Sounds of The Magic Flute presented by visual artist Evelyn Anastasiou and happens in collaboration with the Austrian Embassy. It will take place on October 30 at the Municipal University Library in Limassol.

Another highlight is an exhibition at the Centre of Visual Arts and Research (CVAR) that the German Embassy is organising which will host some of the rarest and earliest illustrations of Cyprus, as well as theatre workshops for children based on German fairy tales. Titled The Grünenberg Experience: a Medieval View of Cyprus, the exhibition will run from November 4 to 17.

The screening of the award-winning film Schwesterlein (My Little Sister) in Nicosia and Limassol is also not to be missed as is the exhibition Frau Architekt at the Goethe-Institut that showcases the work of German and Cypriot women architects, what was widely considered a male-dominated profession. Recitals, animation film screenings, art lectures, Brothers Grimm fairy tales and plenty more events will celebrate all things German this autumn.

Weeks of the German Language

5th edition of a series of events that celebrate multilingualism in Cyprus and the German language. October 25-November 29. All over Cyprus. Full programme: www.wddscyprus.com