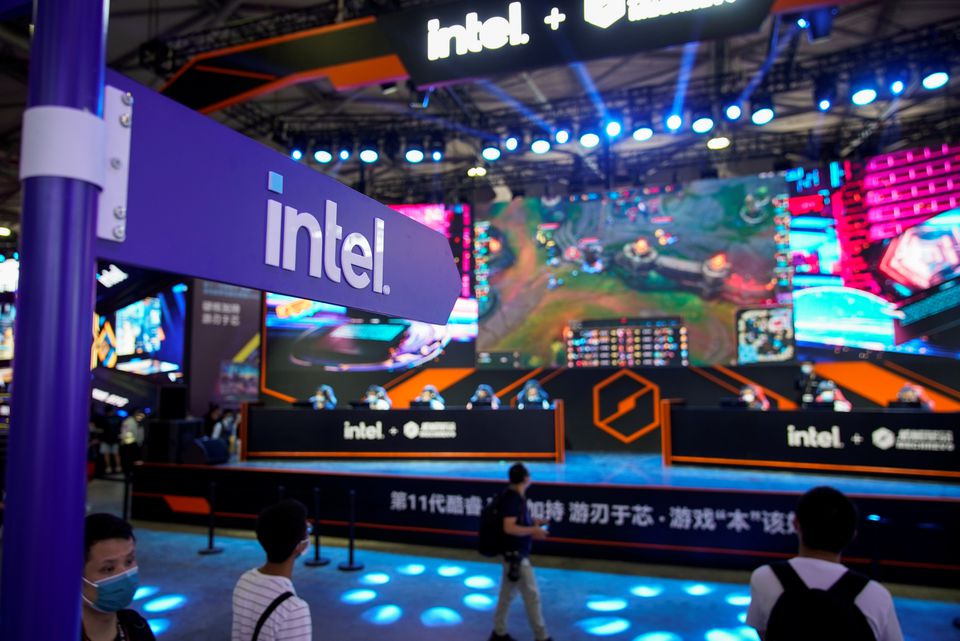 Rome is drawing up an offer to try to convince Intel (INTC.O) to invest billions of euros in an advanced chipmaking plant in Italy, as Germany emerges as frontrunner to land an even bigger megafactory planned by the US company, three sources said.

The plants would be part of a drive by the US group to build cutting-edge manufacturing capacity in Europe to help avoid future supply shortages of the kind currently crippling the automotive industry in particular.

Rome is already in talks with Intel about the potential investment, which according to preliminary estimates would be worth more than 4 billion euro ($4.7 billion), the sources who are involved in the discussions said.

One of them said the total could even reach around 8 billion euros, depending on Intel’s plans.

They declined to be identified because the details are confidential.

Rome is ready to fund part of the overall investment with public money and offer favourable terms to Intel, including on labour and energy costs, the sources said.

The factory would create more than 1,000 direct jobs in Italy, they added.

“The government is preparing a very detailed offer with the aim of clinching a deal by the end of the year,” one of the sources told Reuters.

“Discussions with Intel are at an advanced stage. There is no deal yet, but if the government works hard on this it has a good chance of bringing the plant to Italy.”

The US group’s biggest project in Europe is a planned megafactory, where Dresden in Germany has emerged as a leading candidate site, the sources said. They are not directly involved in talks about the choice of site for the megafactory.

No final decision has been made for either site and plans could change in the coming weeks, the sources said.

FROM US TO EU

The Italian factory would be an “advanced packaging” plant that uses new technologies to weave together full chips out of tiles produced by Intel and other chipmakers, the sources said.

Intel is using the technology to draw in new customers such as Amazon.com Inc’s (AMZN.O) cloud computing unit, but its only sites are in the United States.

France is also seen as contender for the megafactory, while Italy faces competition from Poland, where Intel also has a presence, for the packaging facility.

Intel CEO Pat Gelsinger said last month the company would announce the locations of two major new EU chip fabrication plants by year-end as it looks to spend 80 billion euros over the next decade on the continent.

The plans come as the European Union aims to reduce its dependence on semiconductor supplies from the United States and China, and the chip supply crisis shows no signs of abating.

Chipmakers are scrambling to boost output after the work-from-home trend during the pandemic led to explosive demand for consumer electronics such as smartphones and computers.

The shortages have hit the automotive industry – a major pillar of the European economy – the hardest, as chipmakers have generally preferred consumer electronics customers because they buy more advanced, higher-margin chips.

Italian Prime Minister Mario Draghi said this week the EU needed to act “now and decisively” to increase output to meet its target of producing 20 per cent of the world’s semiconductor output by 2030.

“China and the US are already investing tens of billions each in this sector,” he said.

Still, building the megafactory and packaging plant will take years and is unlikely to help European automakers in the short term.

For that, Gelsinger has said Intel plans to reserve capacity at its chip factory in Ireland for automakers and help them shift to using its technology, but that too could take time.

GERMANY IN THE LEAD

Talks could speed up after a new government is formed in Germany, following September’s federal elections.

The EU’s biggest economy, with a large car industry, is in the lead to land the “megafab” plant, the sources said, though France remains in the running.

One of the sources said Italy also had “cards to play” to obtain a research centre, which is another part of the overall investment Intel is preparing for Europe.