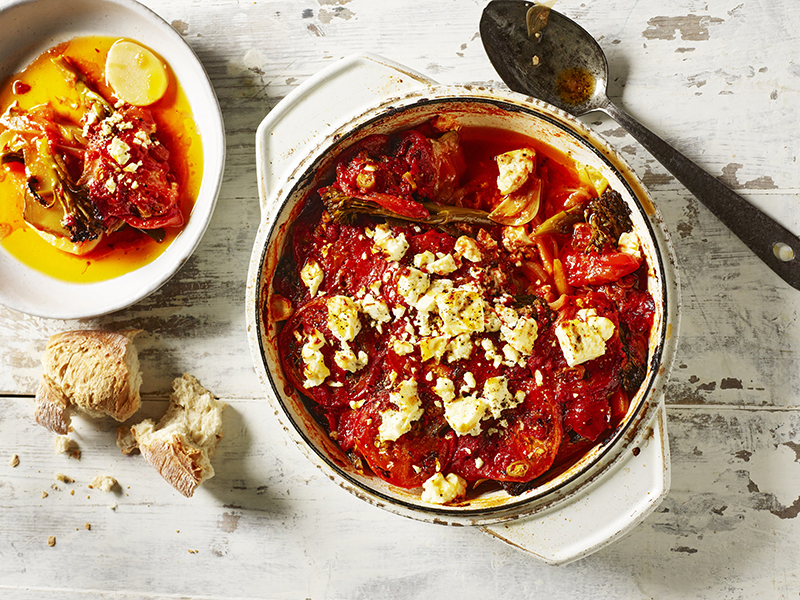 The chef talks to PRUDENCE WADE about cooking for his family, putting his own spin on traditional dishes and why simple food is best

Rick Stein has won countless accolades for his food over the years, but one of his greatest achievements came during the first lockdown of 2020.

His wife’s 98-year-old grandmother, Betty, had gone off her food – until Stein started hosting weekly family dinners. “She made an exception for my food,” the 74-year-old says with glee. “She had lots of it, she really tucked in. If we cook, we all love it if it’s clear people enjoyed what you’re cooking. And a 98-year-old tucking in with great gusto was quite special.”

Stein spent five months of 2020 in Sydney, when the pandemic meant he couldn’t get back to his beloved Cornwall. He doesn’t take this time for granted, it allowed him to get back to his roots: cooking dinner for a small group of loved ones, revisiting some of his all-time favourite recipes.

Staying and cooking in one place also led him to write his latest book: Rick Stein At Home. He describes it as “fairly scruffy food” – the kind of meals you’ll throw together in a hurry from whatever you have in the fridge. The book is “about what really goes on cooking-wise”, he explains, “as opposed to the slightly upmarket view of how I cook at home. I try to keep it as real as possible.”

Although Stein’s background is in French cooking – a cuisine full of strict directions on how things should and shouldn’t be done – he ripped up the rulebook in many of the dishes here. “I’m thinking about my mother’s risotto, because it’s not a proper risotto,” he explains. “But I thought that’s what we do cook, that’s what the kids really like and I like for the kids. I’m not saying it’s a proper risotto, it’s more a rice pilaf, but my mother would call it her risotto.”

With nearly 50 years in the industry and over 15 cookbooks under his belt, Stein’s approach to food has changed: “I guess I try and keep things absolutely simple,” he says of his approach now. “I’m not chasing accolades in food, I just want people to like what I’m cooking.”

A few thyme sprigs, leaves stripped from the woody stalks

Preheat the oven to 190C. Grease a roasting tin. Spread the potato slices in a single layer and season well with salt and pepper. Layer the carrots on top, then the courgettes, then the onion and garlic, seasoning each layer with plenty of salt and pepper.

Scatter over the broccoli and cover it with tomato slices. Add the chilli, herbs and a final sprinkling of salt and pepper. Pour over the passata and the olive oil.

Cover the roasting tin tightly with foil or put a tight-fitting lid if using a casserole dish and place in the oven for about one-and-a-quarter hours. Sprinkle over the crumbled feta and return the tin to the oven, uncovered, for a further 15–20 minutes.

Allow it to cool slightly before serving as a side dish or as a main with crusty bread or rice.

Grease a pudding basin, about 15cm in diameter and 10cm deep, with plenty of the butter. Peel, core and finely slice the apples. Rinse in cold water and put them in a saucepan with the sugar, lemon zest and 30g of the butter. Cook to a pulp over a low heat and then beat to a puree with a wooden spoon. Allow to cool. Preheat the oven to 200C.

Melt the remaining butter. Dip each slice of bread into the butter and then line a pudding basin with about three quarters of the slices. Pack them in tightly and don’t leave any gaps. Spoon in the cooled apple puree and cover with the remaining buttered pieces of bread and gently push down.

Rick Stein At Home: Recipes, Memories And Stories From A Food Lover’s Kitchen is available now