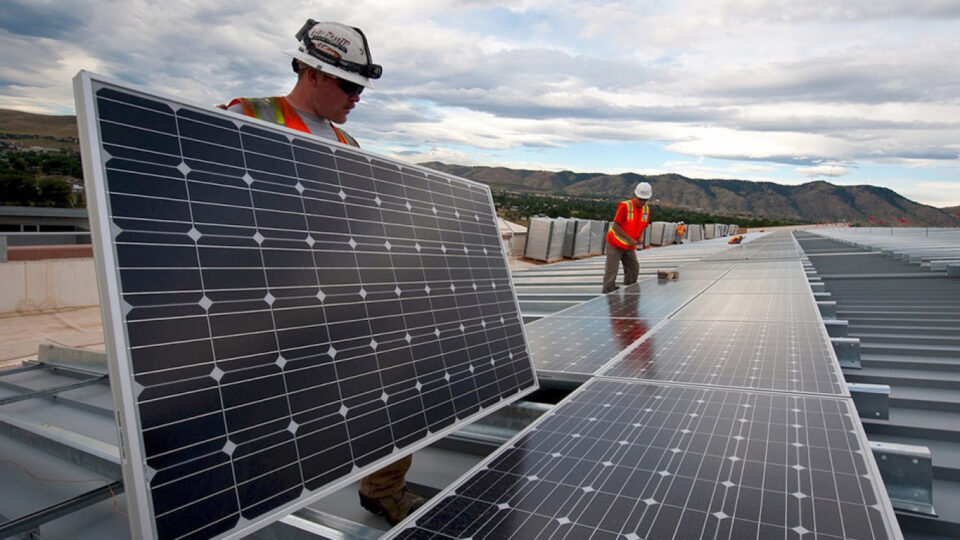 There is a huge gap between what we need to do about climate change in the region and the capacities of governments to do it. This was the stark message from professor Jeffrey Sachs, president of the UN Sustainable Development Solutions Network, who was one of the leading speakers at last week’s second conference on climate change in the East Med and Middle East (EMME) held in Paphos.

In addition to Sachs, the conference benefited from the participation by other world-renowned personalities in the fight to stem climate change, such as Laurent Fabius, former prime minister of France and president of the 2015 Paris Climate Change negotiations, and the EU commissioner for the environment, Virginijus Sinkevicius.

Opening the conference, professor Costas Papanicolas, president of the Cyprus Institute (CyI) and conference organiser, warned that we are living in a time of climate crisis, the greatest challenge facing humanity today. He added that the time to act meaningfully and substantially is long overdue.

But the limelight of the conference was stolen by professor Sachs who made a weighty and forceful presentation. Heeding professor Papanicolas’ warnings, he said that normal rules no longer apply. We need comprehensive change. Governments mostly do not really know what they are doing when it comes to climate change – they are run by amateurs and there is a chasm between the actions needed and the abilities of those in charge to act. Often, taking the hard decisions needed to stem climate change makes re-election difficult.

By now everybody knows that climate change is trouble. Underlying technology – renewables, storage, electrification, green energy – have vastly improved. But other than the EU, not many others have clear policies, including the EMME region.

His recommendation is simple: governments must make the commitment to save the planet and drive decarbonisation by 2050. Then understand what they have committed to and do it. The EMME countries do not have any clear plans or ideas on how to achieve net-zero. Constructive ambiguity and lack of clarity predominate. There is more concern about the next elections than worrying about the next 30 years.

He said that based on the recently published ‘Energy Outlook’ by the International Energy Agency (IEA), the world does not need to invest in more oil and gas. Already available proven resources are sufficient to cover demand during energy transition.

The initiative undertaken by CyI and its partners must lead to the preparation of comprehensive energy transition plans to 2050 by all countries. The region is one of the most complicated in the world. The IEA and International Renewable Energy Agency can be excellent partners in preparing such plans. It must be done in a cooperative and coordinated way, or face failure. EMME needs a technically sophisticated energy transition plan to 2050 that recognises inter-dependence – based on regionally shared visions.

But professor Sachs was somewhat dispirited. He said that generally the world does not get to where it should – we do not achieve our goals. If we go as we normally do, we will wreck the planet. The EMME region needs changes, starting with reform of the electricity grids. It must connect renewables into a large, interconnected grid. It is the best way to deal with intermittency. EMME has the potential to become a powerhouse exporting electricity and clean energy to Europe.

If countries carry on acting alone, the potential for catastrophes rises significantly. They should cooperate and focus on: renewables and energy storage, water, agriculture, reforestation and food security. Emphasis should be given to adaptation and how to get this right. Working together is key, solutions can then be very simple.

In my own interventions during the technical workshops on research and policies required to decarbonise energy systems in the EMME region which preceded the conference, I concentrated on how we get to net-zero by 2050, while avoiding drifting from energy crisis to energy crisis, as Europe is experiencing now. While transition lasts, security of uninterrupted energy supplies, reliability and affordability will be key issues, with huge economic and social implications. The social dimension matters.

It is no good saying that renewables are becoming cheaper than fossil fuels if reliability and affordability continue to be a challenge. As long as intermittency is a problem, renewables will need to be backed up, preferably by natural gas. Indeed, transition is likely to be a costly process. If the less well-off are not shielded, there will be a backlash that could even derail transition. We see it happening now in Europe.

How to get to the desired end result with certainty is still unclear. Much depends on technology and processes still to be developed. Even the IEA says so.

We all agree that transition to clean energy is paramount. But we owe it to the world to ensure we get there in an orderly manner. Even more so in EMME where there is considerable skepticism and energy transition is not seen as today’s problem, but something too far away to worry about, lost in an uncertain future – often seen as tomorrow’s problem.

People mostly accept that emissions and climate change must be dealt with, but the majority, especially low-income people, expect it to happen with no additional costs to them. They are not prepared to pay for it or change their lifestyles. Remember the yellow vests in France.

So far governments in the region are doing a ‘Boris Johnson’: big on words but details-light and thin on concrete plans – happy to make nebulous promises that fade into the distant future, but paying limited attention to the need for immediate strategic actions.

Reducing demand for fossil fuels through carbon taxes, as being done now in Europe, can become burdensome on vulnerable households, becoming increasingly unable to cope with high energy costs. Policies need to be implemented to address this as well as energy poverty, perhaps through sensible recycling of some of the revenues from such taxes back to vulnerable households – the EU recommends this.

We should be under no illusion – energy transition comes at a price. And not everybody will be able to afford that.

As professor Sachs said, the EMME region must map the road to net-zero by 2050, but especially what needs to be done getting there. Energy security is the role of the state. It needs to set up the necessary policies and mechanisms to ensure that.

Research and policies must address these issues, provide answers and bridge the yawning gap of how we get there without drama – while ensuring security of energy supplies at every stage of the process.