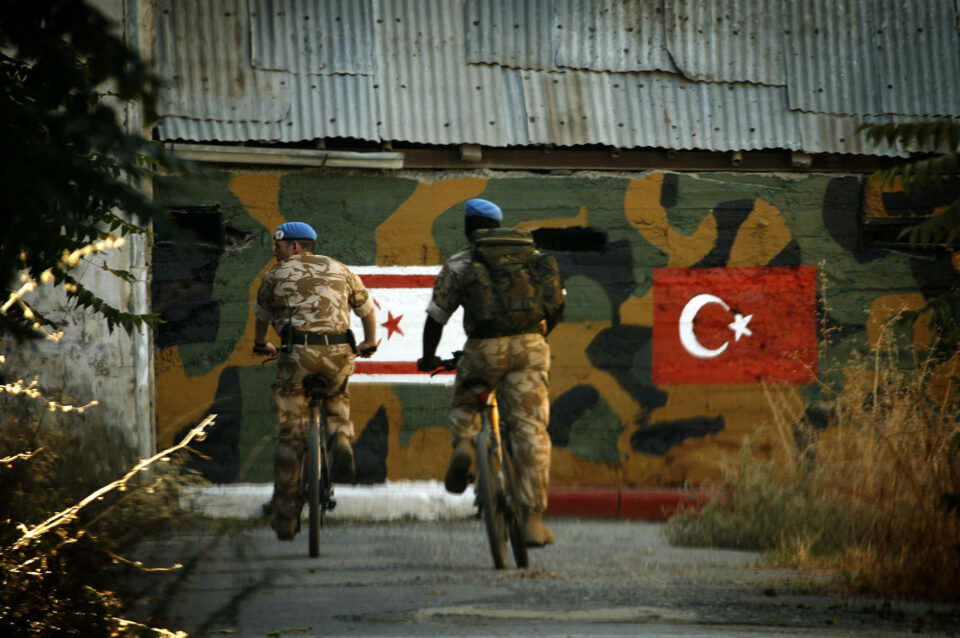 The overall goal of all Cypriots should be reunification at the level of the day-to-day life of its citizens, irrespective of who has the responsibility for administrating the affairs of the two federated states

The system would protect both communities

Before attempting to explain why the issue of political equality is important for the Turkish Cypriots, but also for the Greek Cypriots, I must first define with clarity the term “political equality”, as prescribed in the resolutions of the United Nations Security Council and, in particular, in the eleventh paragraph of the appendix to the report of the UN secretary-general of March 8, 1990.

The agreement reached between the two Cypriot communities over a valid decision of the federal Council of Ministers requiring one positive vote out of the four Turkish Cypriot votes, was based on the aforementioned understanding of how the concept of “political equality” could be implemented in practice. By definition, the matters that would be referred to the federal Council of Ministers would be those to impact the whole of Cyprus. The fact that the state would be organised on the basis of a bizonal, bicommunal federation was also a matter mutually accepted and agreed on many decades ago.

The problem confronting the Turkish Cypriots that forced them to adopt “political equality” as a “non-negotiable” issue had three dimensions:

The strange thing about this story is that these three goals correspond exactly to those of the Greek Cypriots. However, while the one positive vote arrangements which were proposed by the United Nations had been agreed and mutually accepted, it was the Greek Cypriot leadership – President Anastasiades – that appeared concerned about them and as a consequence advanced the suggestion of a “loose” or “decentralised” federation. The essence of this has never been adequately explained, beyond advancing a general and vague argument to the effect that “the fewer powers the federal government has, the less friction will be generated”.

Frankly, I do not understand the logic of this argument, an extreme extension of which is the two-state arrangement with its absolute separation of the competencies of the two federated states; nor do I endorse it because it embodies an inherent contradiction. The contradiction is the implicit suggestion that no problem of cooperation and coordination will arise in connection with the “more important” issues that concern both communities, but problems are likely to crop up in conjunction with the “less important” issues that will only impact one of the two communities.

The overall goal of all Cypriots should be reunification at the level of the day-to-day life of its citizens, irrespective of who has the responsibility for administrating the affairs of the two federated states. The goal should be to ensure that every Cypriot shall feel that they are “at home” whether in Limassol or Kyrenia. We – the ordinary mortals – are indifferent to the foreign policy followed by our country for the very simple reason that a Lilliputian country, such as Cyprus, will never be in a position to play a protagonistic role in the international political arena. Whenever we tried to do it, we ended up paying dearly for our mistakes.

For us, what really counts is the feeling that we live in a united Cyprus where we are free to go wherever we choose to where we enjoy an adequate level of security, of cultural freedom, of secularism, of environmental sensitivity, of a unified economy and of protection of our fundamental human rights. These are the conditions that we want to see prevailing in the whole of Cyprus.

To put it simply, I would have expected Turkey to have been the champion of a decentralised federation rather than the leader of the Greek Cypriot community. Can somebody explain to me how such a truly unfair proposal could have originated from the Greek Cypriot leadership? The Greek Cypriot community adopting the time-honoured Turkish demand for partition under the disguise of a decentralised federation will result in relinquishing the right to object to decisions by the other federated state that impact the whole of Cyprus. Many Turkish Cypriots are equally against such arrangements because they are justifiably afraid that the ability of the northern federated state to decide unilaterally, by simply advancing the argument that the decision taken has no impact on the southern federated state, will ultimately deliver the whole of the island into the hands of Turkey.

With these thoughts in mind, I am appealing to President Anastasiades to abandon any thought of a decentralised federation, as well as any other “creative” idea (such as the conversion of Cyprus from a “presidential” into a “parliamentary” democracy, the return to the 1960 status quo and the promotion of “confidence building measures” that will simply prolong the pain).

He should confine himself to what had been agreed to up to the collapse of the talks at Crans-Montana. Otherwise, it is certain that Mr Tatar will soon revert and start arguing that his position concerning a two-state arrangement represents a “creative” proposition to get us out of the impasse.