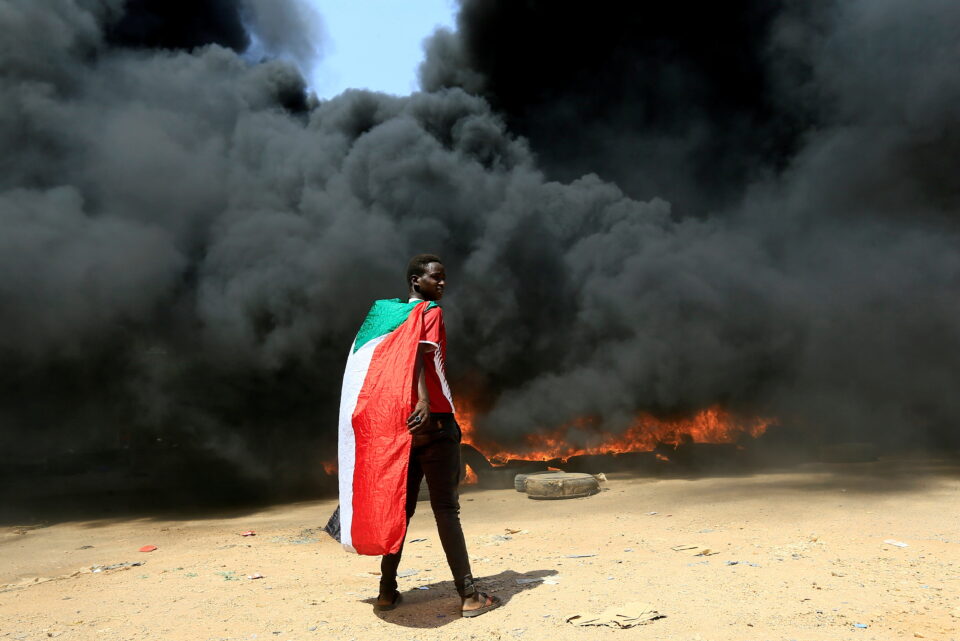 Soldiers arrested most of the members of Sudan’s cabinet on Monday in what the information ministry called a military coup, prompting opponents of the takeover to take to the streets, where there were reports of gunfire and injuries in clashes.

Prime Minister Abdalla Hamdok was detained and moved to an undisclosed location after refusing to issue a statement in support of the coup, said the information ministry, still apparently under the control of Hamdok’s supporters.

It said tens of thousands of people opposed to the coup had taken to the streets and had faced gunfire near the military’s headquarters in the capital Khartoum.

There was no immediate comment from the military. Sudan’s state television said Abdel Fattah al-Burhan, the military officer who heads a power-sharing ruling council, would deliver a statement shortly.

The director of Hamdok’s office, Adam Hereika, told Dubai-based al-Arabiya TV that the military had mounted its takeover despite an agreement Hamdok had reached with Burhan, in the presence of a visiting U.S. special envoy, Jeffrey Feltman.

Hereika accused the military of fomenting unrest in eastern Sudan and using the crisis to implement a coup.

A Reuters journalist in Khartoum saw joint forces from the military and from the powerful, paramilitary Rapid Support Forces stationed in the streets of Khartoum. They restricted civilians’ movements, as protesters carrying the national flag burnt tires in different parts of the city.

The footage also showed soldiers standing by as protesters passed them and marched down the street. Citing witnesses, Al-Arabiya television said there were injuries in clashes in front of army headquarters.

Sudan has been on edge since a failed coup plot last month unleashed recriminations between military and civilian groups, who have been sharing power following the toppling of long-serving ruler Omar al-Bashir two years ago.

The political transition, which was agreed after Bashir was brought down by street protests, has seen Sudan emerge from international isolation under Bashir’s nearly three-decade rule.

In a statement sent to Reuters, the ministry asked Sudanese “to block the military’s movements to block the democratic transition”.

“We raise our voices loudly to reject this coup attempt,” it said.

The military was meant to pass leadership of the joint Sovereign Council to a civilian figure in the coming months. But transitional authorities had struggled to move forward on issues including whether to hand Bashir over to the International Criminal Court, where he is wanted for war crimes.

In recent weeks, civilian officials had claimed credit for some tentative signs of economic stabilisation after a sharp devaluation of the currency and the lifting of fuel subsidies.

Feltman, the U.S. special envoy who was visiting Sudan on Saturday and Sunday, said the United States was deeply alarmed at reports of a military takeover of the transitional government in Sudan.

On the official Twitter of the State Department’s Bureau of African Affairs, Feltman warned that a military takeover would contravene Sudan’s Constitutional Declaration and puts at risk U.S. assistance.

The United Nations was deeply concerned about reports of a coup and attempts to undermine Sudan’s political transition, said Volker Perthes, special representative of the U.N. secretary general for the country.

The Arab League expressed concern on about reports of a military coup in Sudan and called on all parties to adhere to an agreement about a transition to democracy.

Aside from the political tension, Sudan is in the midst of a deep economic crisis, marked by record high inflation and shortages of basic goods, that was beginning to show signs of easing amid flows of international aid.

Military forces stormed Sudanese Radio and Television headquarters in Omdurman, the twin city of Khartoum, and arrested employees, the information ministry said on its Facebook page.

Two major political parties, the Umma and the Sudanese Congress, condemned what they said was a coup and the campaign of arrests.

The internet appeared to be down in Khartoum. Al-Arabiya reported the airport was shut and international flights suspended.

Hamdok is an economist and former senior U.N. official who was appointed as a technocratic prime minister in 2019 and is well respected internationally.

Though popular with pro-democracy civilian groups, he has struggled to keep the transition going due to political splits between the military and civilians and the pressures of an economic crisis.

Family sources told Reuters that military forces had stormed the house of Hamdok’s media adviser and arrested him.

Many of the ministers and officials who had been arrested had been intensifying their rhetoric towards the military in the past few weeks.

The Sudanese Professionals Association, a main activist coalition in the uprising against Bashir, called on supporters to mobilise after what it called the arrest of cabinet members.

“We urge the masses to go out on the streets and occupy them, close all roads with barricades, stage a general labour strike, and not to cooperate with the putschists and use civil disobedience to confront them,” the group said in a statement on Facebook.

As tensions built this month, a coalition of rebel groups and political parties aligned themselves with the military and called on it to dissolve the civilian government, staging a sit-in outside the presidential palace.

Last week, several cabinet ministers took part in big protests in several parts of Khartoum and other cities against the prospect of military rule.