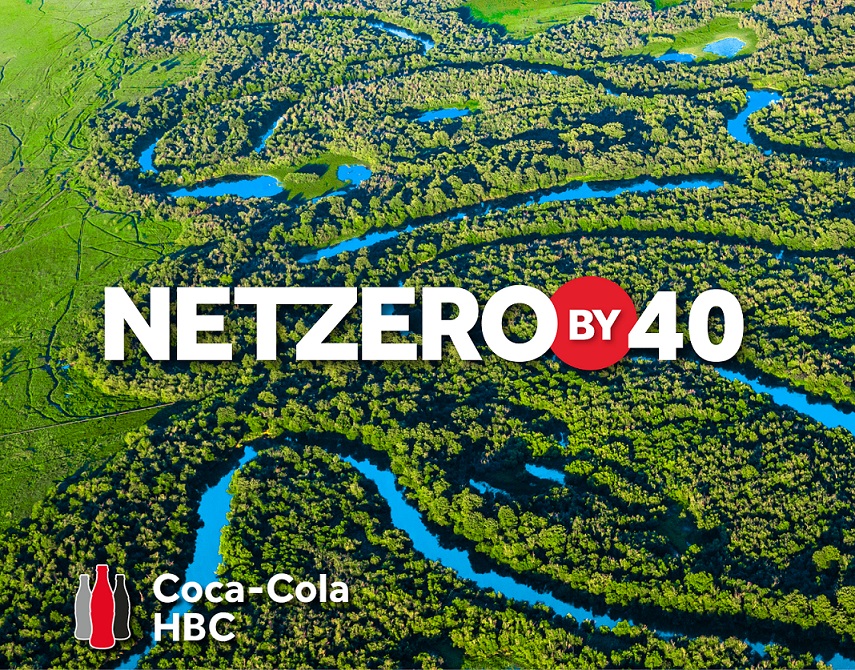 Coca-Cola HBC (CCH) has announced a commitment to achieving net-zero emissions across its entire value chain by 2040.

Via an existing, approved science-based target, by 2030 the company will reduce its value-chain emissions in scopes 1, 2 and 3 by 25 per cent, with a further 50 per cent reduction in the following decade. To address the 90 per cent of emissions in scope 3, resulting from third party actions, CCH will broaden its existing partnership approach with suppliers. Wherever emissions cannot be eliminated entirely, the business will mitigate these by investing in other climate-protection measures.

“This commitment is the ultimate destination of a journey that we started many years ago,” said Coca-Cola HBC CEO Zoran Bogdanovic, commenting on the announcement.

“It is fully aligned with our philosophy to support the socio-economic development of our communities and to make a more positive environmental impact. Both are integral to our future growth.

“Although we don’t yet have all the answers, our plan, track record and partnership approach give us confidence that we will deliver.”

To achieve its goal, Coca-Cola HBC will continue to have CO2 emission reduction targets as one of the elements in its long-term management incentive plans. More specifically, CCH will:

In addition, Coca-Cola HBC has introduced CO2 emission reduction targets as one of the elements in its long-term management incentive plans, an action that is already being implemented in Cyprus by replacing the fleet with hybrid and electric vehicles that have a lower carbon footprint.

Coca-Cola HBC was one of the first companies to commit to, and deliver, science-based targets. In the last decade, the company has halved its direct emissions and the CO2 reduction plan to 2030 is already endorsed and approved on the 1.5-degree pathway.

In March 2021, Coca-Cola HBC was rated the world’s most sustainable beverage company by the Dow Jones Sustainability Index for the fifth time in the last seven years, achieving its highest ever score. It is also ranked among the top sustainability performers in ESG benchmarks, such as CDP, MSCI ESG and FTSE4Good.

“We are delighted to work together with our customer Coca-Cola HBC on our mutual 2030 science-based greenhouse gas emission reduction targets and longer-term net zero aspirations. By working as a team, we will strive to cut the product carbon footprint of beverage cans in half by 2030.” - Kathleen Pitre, Chief Commercial and Sustainability Officer, Ball Corporation

“Crown is proud to be a supply partner of Coca-Cola HBC and of its commitment to sustainability. Their ambitious new sustainability goals align with our own initiatives, including our own net-zero and science-based-targets, and we are fully on board for this journey.” - Dr. John M. Rost, Vice President, Sustainability & Regulatory Affairs, Crown Holdings, Inc.

The new commitment is also endorsed by the “We Mean Business” coalition and Coca-Cola HBC has joined the list of companies supporting the “Race to Zero” initiative.