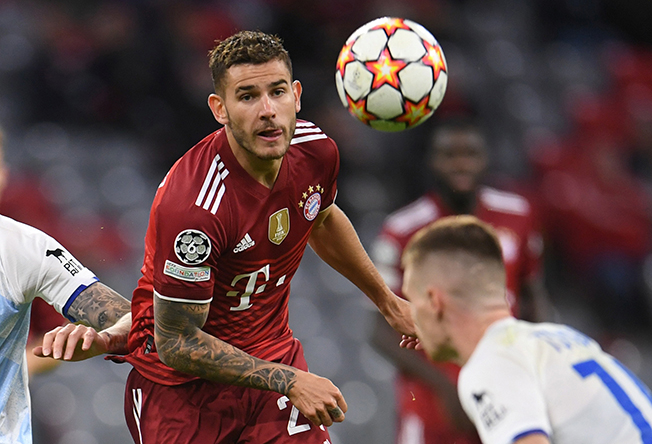 Bayern Munich and France defender Lucas Hernandez has won his appeal against a six-month prison sentence handed down by a Spanish court for disobeying a restraining order following a fight with his partner.

The sentence will be suspended for four years as long as Hernandez does not commit a new offence during the period, the court in Madrid said on Wednesday. It also includes a 96,000 euro fine.

The orginal incident happened in 2017 when Hernandez, then playing for Atletico Madrid, was involved in an altercation with his fiancée in the Spanish capital. She was taken to hospital with injuries, and while neither made a complaint, the public prosecutor charged them both for “mutual aggression”.

They were also barred from communicating with each other for six months.

However, they married and Hernandez was arrested for violating the restraining order when flying back to Spain from their honeymoon in the Bahamas in June 2017.

Hernandez was sentenced to six months in prison in 2019 for disobeying the restraining order. He and his representatives did not immediately respond to a request for comment on Wednesday.