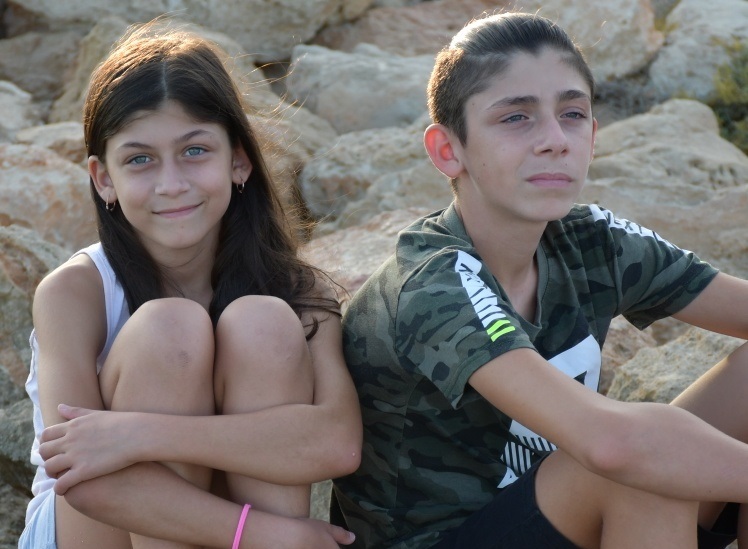 The naturalisation plight of two children of a Greek Cypriot mother and a Turkish Cypriot father is a bit like being thrown back in time to 1980s Cyprus, and the rhetoric from government officials surrounding the case is not far removed from that era either.

The children, Christos, 12, and Theklia-Yasemina, 9, were born in the government-controlled areas to Greek Cypriot Sotiroula and Turkish Cypriot Osman, who was born in occupied Famagusta. The problem for the government is that Osman’s father was from Turkey and entered the island illegally.

This, in the government’s warped view, somehow disqualifies the two children from naturalisation and only the cabinet can decide when they meet today whether to grant them citizenship. Ironically, not only is their mother a Greek Cypriot but their father, the son of the illegal Turkish settler and a Turkish Cypriot, already has had a Cypriot ID since 2015.

The children, who have birth certificates but are not covered by Gesy even though both their parents pay contributions, have never travelled outside the country and cannot participate in sports events or do other things that require the presentation of an ID.

Could this case be any more ludicrous? Well, yes.

The excuses trotted out by officials are even worse. Interior Minister Nicos Nouris painstakingly explained on Tuesday that the government “must be extremely careful in the way in which citizenship is granted” in the context of the occupation as a decision for a specific case might “open a can of worms”.

This, coming from a government that just rescinded 45 dodgy passports, and has sold thousands of others to non-citizens, beggars belief. Citizenship is not a gift bestowed by the government on whomever it chooses. There are by law people entitled to citizenship and the government’s only job is to issue the paperwork.

Director of the president’s office Petros Demetriou said such cases are examined on the basis of the Civil Registry Laws of 2002, which state that children where one or both parents entered the republic illegally cannot be naturalised.

He appeared not to understand that the father of the children was born in Cyprus to one Turkish Cypriot parent. Unless he was suggesting that because the man’s father was a Turk, his sperm entered the island illegally, ultimately producing Osman thus classing him as illegal.

Demetriou said a decision was made, and it has been implemented since the 70s after the war, at the risk that the marriages of Turks and Turkish Cypriots would change the demographics and turn settlers into RoC citizens by marriage.

This makes sense in the context of Cyprus but again we have government officials ignoring the elephant in the room. The children’s mother is a Greek Cypriot and perfectly entitled to pass both Cypriot and EU citizenship on to her children irrespective of who she is married to. Beyond that, there should be no other issue here.