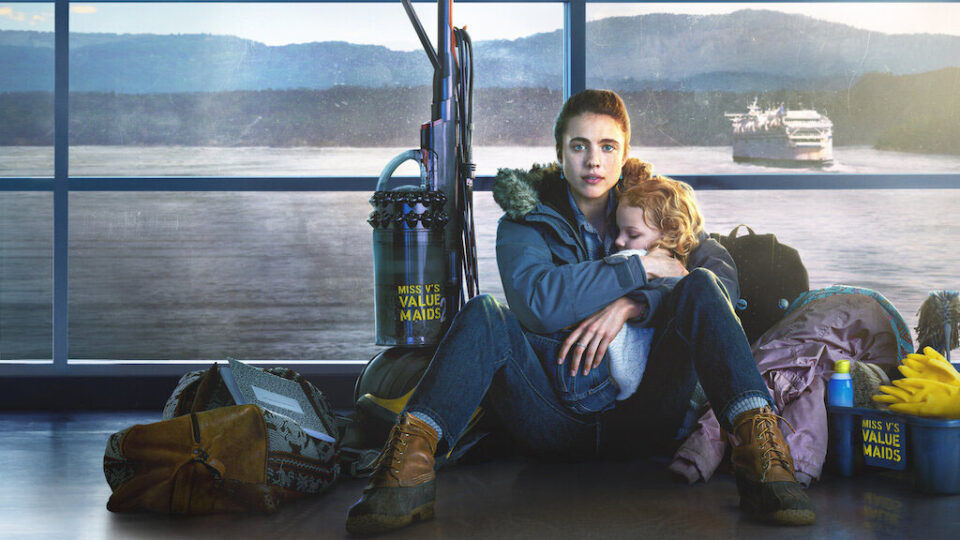 Love is a dog from hell distracting you from the toxic traits of the people closest to you, and any show that quotes Charles Bukowski must be worth your while.

This ten-episode limited series is determined to legitimise an ‘invisible’ form of abuse that has possibly shown its face to every single human being at some point in life and also expose how impossible it is to prove emotional abuse through any ‘justice’ system.

This is part of the struggle of young Alex (Margaret Qualley), who one night finds the courage to leave her emotionally manipulative partner. Together with their two-year-old daughter Maddy the aspiring writer ends up living in a domestic violence shelter, working as a maid whenever she can.

“I need a job to prove that I need daycare in order to get a job?” the single mother, who is revictimised by the gaps in the social welfare system, asks the surprisingly helpful social worker.

An important aspect of Maid is how the focus is turned on female relationships – although I expected nothing less from creator Molly Smith Metzler who was also a co-producer on Orange is the New Black. Shockingly(!) the protagonist is not saved by a white knight but gains strength from a support circle of women, who are similarly broken in more ways than one.

Premiered on Netflix on October 1, the American series is about to dethrone Queen’s Gambit as the most watched limited series on the media service.

The show is inspired by Stephanie Land’s memoir Maid: Hard Work, Low Pay, and a Mother’s Will to Survive, a book that is described as presenting real untold stories of overworked and underpaid Americans. I have not read the book, but it sounds to me like both writers have failed to take white privilege into account.

It was with great pleasure that I heard several talented female artists on the soundtrack to the show. These included Este Haim, one of the three sisters in the band – you guessed it – Haim, who created original music for the soundtrack of the series with Australian composer Christopher Stracey.