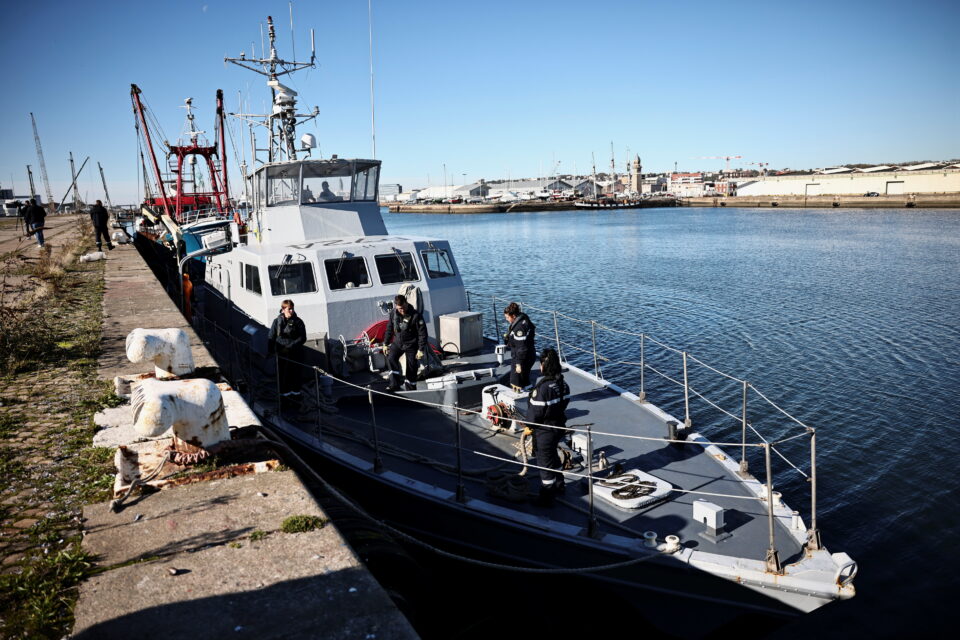 Britain on Thursday condemned France’s seizure of a British fishing boat in French waters and warned Paris against further retaliation in a rapidly deteriorating row over post-Brexit fishing rights.

French Seas Minister Annick Girardin said the vessel was detained during checks off the northern port of Le Havre overnight as it was not allowed to fish in French territorial waters. A second British boat was given a verbal warning.

The action signalled France’s determination not to back down in the row after listing potential sanctions https://www.reuters.com/world/europe/brexit-france-readying-sanctions-if-uk-withholds-fishing-licences-2021-10-27 against Britain on Wednesday if there is no progress in talks.

They include extra customs checks on British goods from Nov. 2 and what was widely seen in London as a threat to cut electricity exports to Britain if talks fail.

“It’s not war, but it is a fight,” Girardin told RTL radio.

British fishing grounds are among the richest in the North East Atlantic zone, where most of the European Union’s catch is hauled in.

France’s actions appear intended as a warning shot to put pressure on Britain to compromise at talks with the EU.

The British government said the French reaction was “disappointing and disproportionate, and not what we would expect from a close ally and partner”.

Environment minister George Eustice challenged France’s statement that the boat had no licence, and told parliament the steps threatened by France appeared to be incompatible with a post-Brexit free-trade agreement and wider international law.

“…if carried through, (they) will be met with an appropriate and calibrated response,” he said.

France says Britain has refused to grant its fishermen the full number of licences to operate in British waters that France says is warranted, though Britain says it is issuing licences to vessels that meet its criteria.

“So now we need to speak the language of strength since that seems to be the only thing this British government understands,” European Affairs Minister Clement Beaune told CNews television channel.

Girardin made clear France could not cut off electricity supplies to Britain as a retaliatory measure but said it could raise tariffs, a move that would further squeeze household budgets at a time when energy prices are already spiralling.

Additional customs checks on goods travelling between Britain and the rest of Europe could disrupt trade flows before Christmas.

The European Commission, the EU executive, said it took note of the British and French statements and would continue discussions with Britain and France in the coming days “to resolve this issue as soon as possible”.

The captain of the seized boat could face criminal charges, with his catch confiscated, France’s maritime ministry said.

A group representing English fisherman identified the vessel as the Cornelis Gert Jan, a scallop dredger. Its owners said the vessel had a fishing licence and had been fishing legally.

“We are a pawn of bigger forces here. This is to do with licences and the beef that the French have with the licences of French vessels,” Andrew Brown, a director of Macduff Shellfish, told Reuters.

President Emmanuel Macron has not confirmed he will seek a second term in April’s election but is widely expected to run.

Senior British, French and EU officials have signalled they do not want the dispute to escalate, but Macron and Johnson are under pressure from vocal fishing lobbies and will want to show they are defending the interests of voters.

Both leaders took a firm line in talks on fishing rights before Britain left the EU early last year.

The industry makes only a small contribution to the French and British economies, but fishing is a lifeline for some coastal communities.

In Le Havre, scallop fishermen said they were fed up with British vessels enjoying what they called unfair access to shellfish in their waters.

“There has to be an end to this fraud,” Pascal Coquet, president of the National Scallop Fishermen’s Committee, said.