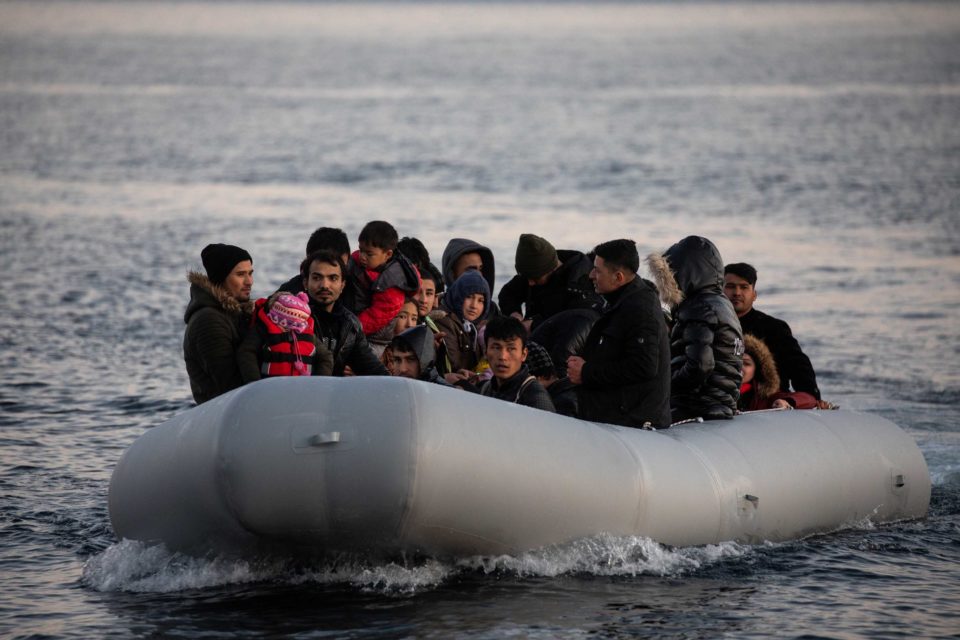 The interior ministry denied on Sunday a damning report published by daily Politis which pointed directly at Interior Minister Nicos Nouris for overstepping boundaries in practises described as akin to torturous, in his bid to stem the migration flow to the island.

The article claimed it was published as a result of a month-long investigation with the input of various stakeholders, including high-level individuals and migrants themselves, which wished to remain anonymous.

Nouris reportedly  deliberately exercises policies that leave migrants in boats for days on end, either under the scorching heat or under cold conditions, as part of his strategy in which he is allegedly hoping migrants will give up and return back or deter future migrants from trying to reach Cyprus.

“We keep explaining to him (Nouris) that this tactic does nothing. No one went back because we gave them a hard time, nor did new migrants stop coming because we torture them,” one unnamed official was quoted as saying.

Many migrants have drowned in their attempt to reach Greece, Italy and other destinations but these tragedies have not deterred other migrants in attempting the same dangerous journey.

According to the article, an eight-metre vessel (schooner) can only contain seven passengers securely. Those arriving though, may have anywhere between 60-80 people.

The journey to get them to the island may take anywhere between 12 hours to a day. “You can imagine where we do our needs,” one migrant was quoted as saying. Migrants are cramped, sitting over each other, sometimes in water which has pooled into the vessel.

Under these conditions, the migrants are stopped by authorities a few nautical miles before reaching the shores and kept there for three or four, sometimes five days, allegedly to give authorities time to carry out investigations. Boats often have children on board, some only a few days old.

When vessels are intercepted, port officials sometimes report dangerous conditions, for instance if the vessel motor has stopped running. Officials on the scene are met with responses calling on them to wait for further directions, which according to the article, cause unnecessary delays and risks.

Sometimes the joint rescue coordination center (JRCC) has to take over, which falls under the remit of the defence ministry. However, the article describes Nouris to be meddling directly giving them orders, even though it does not fall under his remit.

“He gets in our way without knowing anything. He wants direct communication and gives orders, which oftentimes concern which child will be rescued from a vessel and which not.”

Officials told Politis that the migrants could simply be taken to a secure place – even on a boat that could shelter them from the elements at sea, until investigations are carried out.

The article describes an instance where a large boat with children on board, hungry and covered in their excrement were screaming and crying, under the sun for five days straight, in temperatures upwards of 40C.

Officials at the scene were reportedly stressing the importance of at least getting the children to shore as the situation was becoming extremely dangerous for them. The officials were asking authorities at least for milk to give to the children and kept hearing the response of “wait for orders”.

After a certain point, the captain of the ship decided to take matters into his own hands, going against the orders that only told him to wait, saying there was no justification for the delays and called the JRCC to come help.

Nonetheless, the article noted the captain was removed from service for a while, hinting at the repercussions they may face. Yet, many reportedly said they were losing sleep over the things they had to witness and felt unable to do anything.

The paper had reached out to Nouris for comment (amongst others) but he declined to respond. Nonetheless on Sunday, his ministry issued a statement calling the article baseless due to the anonymous sources it quoted, calling it nothing but propaganda and denied Nouris overstepped his boundaries.

“Politis’ front-page article is a disgrace and offence to journalism and even more so, the people who try to manage the migration flows, often at risk of their lives,” the statement read.

The newspaper and journalist were attempting to “instil a policy of open doors for migration, which is an acutely dangerous approach for the country,” it added.