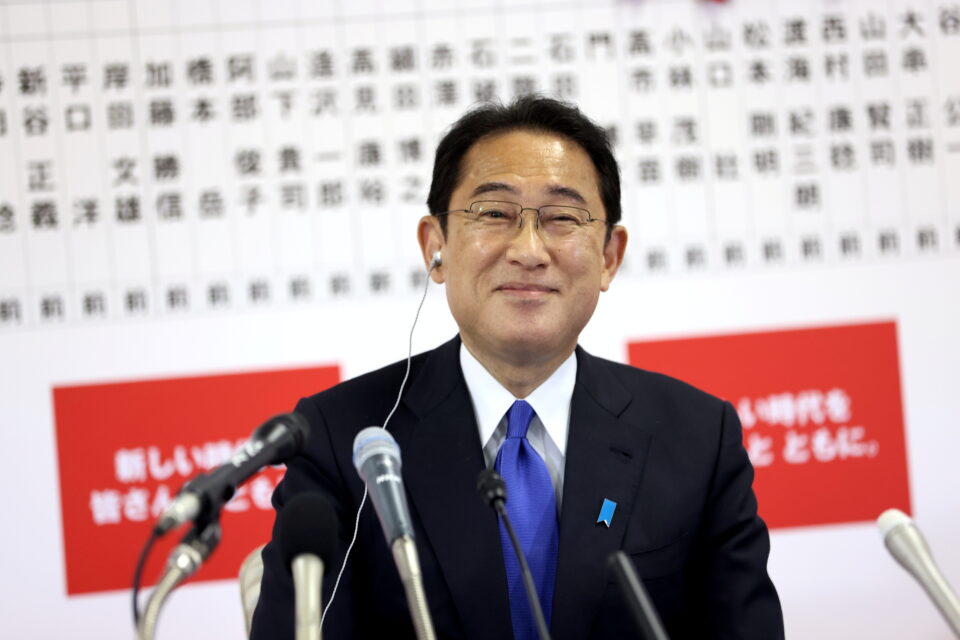 Japanese Prime Minister Fumio Kishida’s ruling coalition will stay in power but his party suffered steep losses in an election on Sunday, exit polls showed, weakening him just weeks into the job of leading the world’s No.3 economy.

It was not immediately clear if Kishida’s Liberal Democratic Party (LDP) would maintain its majority in the powerful lower house of parliament, according to polls by public broadcaster NHK, but he was on track to retain control due to his coalition with the smaller Komeito party.

The vote was a test https://www.reuters.com/world/asia-pacific/tightrope-election-may-spell-uncertain-future-japans-new-prime-minister-2021-10-28 for Kishida, who called the election soon after taking the top post early this month, and for his conservative LDP, the dominant force in postwar Japanese politics, which has been hurt by perceptions it mishandled the coronavirus pandemic.

The losses for the LDP could raise questions about Kishida’s ability to guide the party through next year’s upper house election. It also makes him more reliant on the Buddhist-backed Komeito, complicating his efforts to restart nuclear power plants and take a harder line on China.

A soft-spoken former banker, Kishida has struggled to shake the image that he lacks charisma. While he has hewed to traditional policies of the party’s right wing, pushing to increase military https://www.reuters.com/world/asia-pacific/with-an-eye-china-japans-ruling-party-makes-unprecedented-defence-spending-2021-10-13 spending, he has also promised to address wealth inequality, touting a “new capitalism” that has stoked concern among investors.

The coalition’s loss of seats “could make managing parliament difficult,” said Airo Hino, a political science professor at Tokyo’s Waseda University. “Next year, whether Kishida will be able to really hold things together in the run-up to the upper house election will depend on his policies showing results.”

The coalition was projected to win 239 to 288 seats in the lower house, more than the 233 needed for a majority, NHK said. The LDP was expected to win between 212 to 255 seats. That was down sharply from before the election, when the coalition had a two-thirds majority of 305 and the LDP held 276 seats.

Kishida said the administration would attempt to compile an extra budget this year, in what would be a tight schedule.

“I hope to pass through parliament an extra budget this year” to fund steps to support people hit by the pandemic such as those who lost jobs and students struggling to pay tuition, he told reporters.

A big winner was the conservative Osaka-based Japan Innovation Party, projected to more than treble its seats and surpass Komeito as the third force in the lower house, after the opposition Constitutional Democratic Party of Japan.

The emergence of the Osaka party as a national force may complicate Kishida’s pledge to roll back neoliberal economic policies.

Kishida’s publicly stated goal had been for the coalition to keep a majority, at least 233 seats https://www.reuters.com/article/japan-election/factbox-key-numbers-to-watch-in-japan-lower-house-election-idUSL4N2RI1CL, of the 465 in the lower house.

“Kishida should be able to continue to govern, or start to govern, but maybe there’ll be a bit of a question mark over his leadership in view of the Upper House election next year,” said Koichi Nakano, a professor at Tokyo’s Sophia University.

One of the most high-profile LDP defeats was a former economy minister and the leader of one the party’s factions, Nobuteru Ishihara, who lost to an opposition candidate in a western Tokyo district.

Akira Amari, the LDP’s secretary general – instrumental in Kishida winning the party’s leadership race – was in a close fight to retain his seat.

The usually splintered opposition was united, with only one party – including the widely shunned Japanese Communist Party – facing off against the coalition in most districts.

Some voters – like Yoshihiko Suzuki, who voted for the main opposition candidate in his district and the Communists in proportional representation – hoped the poll might teach the LDP a lesson.

Suzuki, 68 and retired, said the LDP’s years in power made it complacent and arrogant, underscored by a series of money and cronyism scandals.

“I hope this election comes as a wakeup call for them,” he said. “If it does, the LDP will become a better party, considering the number of talented lawmakers they’ve got.”

‘Dark tourism’ in a Paphos village

China withdraws promise not to send troops to Taiwan after unification