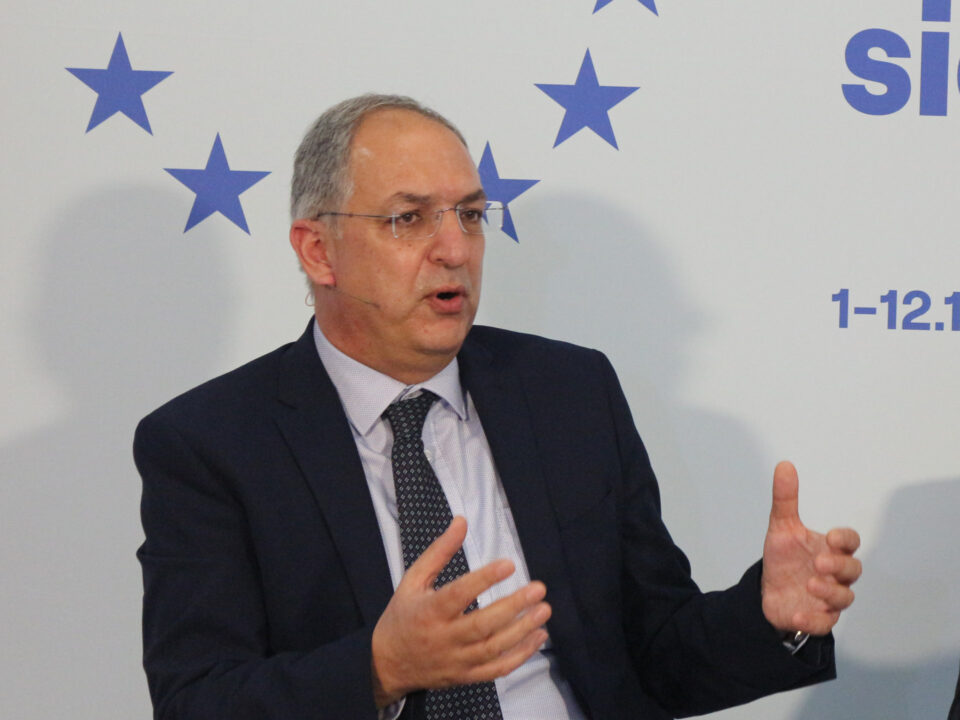 Cyprus on Tuesday presented its initiative for coordinating climate change actions in the Eastern Mediterranean and Middle East (EMME) during the UN climate conference (COP26) in Glasgow.

The summit brings together world leaders to accelerate action towards significantly cutting global emissions to reach net zero by 2030 and cap global warming at the 1.5-2C maximum set out by the Paris Agreement.

Presidential climate change advisor Dr Costas Papanicolas presented a Cyprus government study focused on the impact of the changing climate in the EMME while Agriculture Minister Costas Kadis expanded on the regional action plan initiated by the government.

“The EMME region is recognised as a climate crisis ‘hot spot’,” Papanicolas said, explaining that in this geopolitically sensitive and populous area, the effects of global warming are already manifesting in the form of extreme heatwaves, which can lead to water shortages and the collapse of agriculture, subsequently impacting migratory flows.

He added that “the situation is bad and worsening,” and continuing in this vein would result in a collapse with no prospects of adaptation as countries in the region are generally unprepared to face upcoming challenges for a number of reasons.

Examples are inadequate data, low funding for climate research, insufficient use of technology and an absence of comprehensive regional collaborative research. “Collaboration is anaemic although badly needed,” he said.

The common message sent by the global scientific community is the urgent need for coordinated action to effectively mitigate the effects of climate change, especially in the EMME region, Kadis said, adding that this is why President Nicos Anastasiades responded to this call by endorsing the initiative back in 2018.

The scientific portion of the initiative, a study covering a range of subjects relating to climate change, was carried out by the Cyprus Institute using data collected by regional task forces set up to research and study local energy systems, water resources, marine environment and other elements.

Kadis added that the initiative has garnered support from a number of heads of state in the wider EMME region, the European Commission, the UN Food and Agriculture Organisation (FAO), the World Meteorological Organisation and the Union for the Mediterranean.

According to the timeline set out for the project, and as mentioned by Anastasiades during his leaders’ speech earlier in the day, what will follow is a Ministerial Meeting to finalise the regional action plan, planned for early February 2022.

After that, Cyprus will host a summit for the leaders of the region to launch the 10-year plan.

Papanicolas ended his presentation by saying that this is a “most challenging initiative” for a highly sensitive area in the world.

“Its success (or failure) will have worldwide repercussions”.