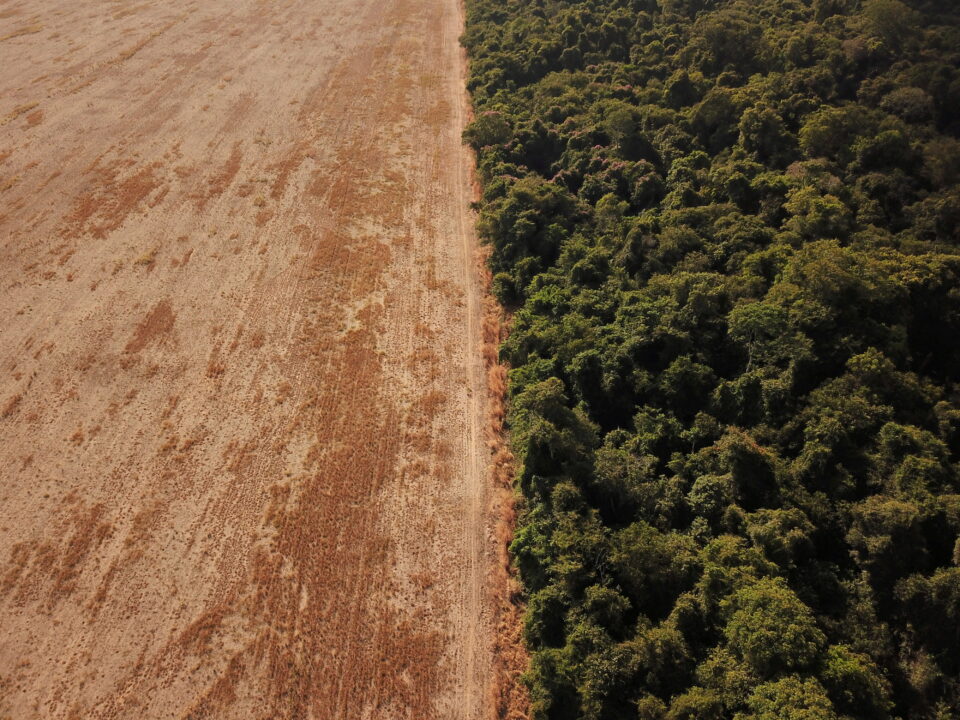 FILE PHOTO: An aerial view shows deforestation near a forest on the border between Amazonia and Cerrado in Nova Xavantina, Mato Grosso state, Brazil

Humanity injects an almost incomprehensible 42 billion tonnes of carbon dioxide (CO₂) into the atmosphere every year. The majority of this comes from burning fossil fuels, but a substantial portion, about 16%, arises from how we use the land. Most of these land-use emissions are caused by deforestation, particularly in the tropics.

In order to slow climate change, the global community needs to reduce this 42 billion tons of emissions to net zero, a situation where any remaining emissions are balanced by uptake elsewhere. A tonne of CO₂ has the same impact on the climate whether it comes from fossil fuels or forest loss, so halting deforestation is a necessary part of tackling climate change.

As part of its push for a deal at COP26, the UK government is expected to announce a plan to “halt and reverse” global deforestation by 2030. Just how much would this help limit global warming?

To understand this, we have to understand the concept of carbon budgets. The 2015 Paris Agreement aimed to prevent the global average temperature rising more than 1.5°C above pre-industrial levels. The amount of warming is tightly linked to the amount of CO₂ in the atmosphere. This means that there is a fixed amount, or budget, of CO₂ that the world can emit without exceeding this target.

This budget is tight. Limiting future emissions of CO₂ to 460 billion tonnes, counting from the beginning of this year, will give a 50:50 chance of warming staying below 1.5°C. If emissions continue at 2019 levels, the budget will be exhausted in only 11 years, by 2032. So to have a decent chance of meeting the goal set in Paris, deep cuts in emissions are needed, declining towards net zero globally by about 2050.

Deforestation and the carbon budget

Many countries, including the UK, are aiming for net zero in 2050. But there are several benefits from pushing harder to stop deforestation by 2030. First, land-use emissions are large. At their current rate, emissions from land-use change would consume 15% of the global budget over the next decade alone. Every tonne of carbon lost from forests reduces leeway in decarbonising the rest of the world economy.

Second, halting deforestation does not immediately halt all the emissions from past forest loss. A large portion of these are only released in the decades after the chainsaws fall silent, as carbon continues to be lost from the soil. An earlier halt to deforestation will allow these delayed emissions to get closer to zero before 2050, leaving less to balance elsewhere.

Third, the world’s forests are more than a store of carbon which needs protecting – they are also actively taking it up. By our recent estimate, forests are removing about 20% of the emissions that people put into the atmosphere each year. This happens because trees can grow faster with more CO₂ and because many forests today are filled with trees which are relatively young and vigorous, gobbling up the emissions which were released when older trees were cut down in the past.

Calculations for the global carbon budget are made assuming that this uptake continues, but every bit of forest lost is an area no longer contributing to that uptake. In the tropics, the total area of forest lost since 1990 is nearly two million square kilometres, an area the size of Mexico. In some areas, such as the Amazon, these losses are at risk of pushing past tipping points, beyond which whole regions of forest switch from taking up carbon to releasing it.

What about the “reversing” component of the plan? This is less clear cut. The loss of complex and biodiverse old-growth forest cannot be reversed within the lifetimes of people alive today. But increasing the total area of young forest, if done properly, can help reach net zero by temporarily balancing limited emissions from industries where low-carbon alternatives are still some way off, such as aviation.

Reforestation is a tool for tackling climate change which does not rely on unproven technology, yet it can only ever be a temporary stopgap. The area of land that could be reforested is finite and limited by competing demands, such as food production or the growth of biofuels.

The science is clear: failing to rapidly reduce deforestation will make the enormous challenge of limiting climate change to 1.5° even tougher – perhaps impossible. The faster the world can do this, the more of the carbon budget will be available elsewhere.

That is not to suggest that halting, or even reversing, deforestation will be plain sailing – far from it. It must be done in a sustainable and equitable manner. The vast majority of forest loss is occurring in poor countries of the global south, at magnitudes ranging from the industrial-scale clearing of major agrobusinesses to the minor depletions of subsistence farmers. The livelihoods of many rural communities are intertwined with the forest – they must be genuine partners in efforts to protect them.

Decoupling local economies from deforestation without harming the people living there may prove as challenging as cutting emissions from the rest of the world economy. Halting deforestation has advantages that stretch well beyond the climate, including protecting biodiversity and securing clean water. Nonetheless, world leaders must not think of it as a quick or easy fix, or that it allows them to be less ambitious elsewhere.

Our View: Reform won’t happen if unions have to be party to agreements