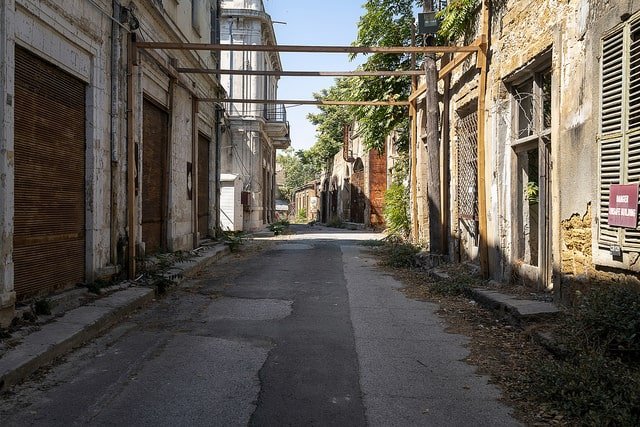 Cyprus signed an agreement Thursday procuring from Israel a modern system to be used for the surveillance of the buffer zone.

A defence ministry statement said the agreement was signed during a visit at the ministry by the head of the Israeli defence ministry’s International Defence Cooperation Directorate, retired brigadier-general Yair Kulas.

Lieutenant-colonel Christos Pieris, the defence ministry spokesman, told the Cyprus News Agency that the system will operate 24 hours a day, with cameras installed at several points along the buffer zone.

Installation would begin soon, with the overall system expected to be completed within three years. But in the meantime, and as the equipment is installed at a particular location, that location will go live.

Also known as the Green Line in Nicosia, the buffer zone is a 180-kilometre stretch that divides the island.

It spans an area of 346 square kilometres varying in width from less than 20 metres in some places, to more than seven kilometres.

It has always been used for unlawful activity but more recently it has become the main conduit for irregular migrants to cross from the north to the Republic.

Contacted by the Cyprus Mail, Pieris said the deal signed with the Israelis is a government-to-government agreement.

The system will be operated exclusively by Cypriot personnel, he said responding to a question.

A central operations centre inside the National Guard will receive real-time feeds from the cameras. Then, depending on the circumstances, the feed will be beamed out to the appropriate agency.

For instance, if the cameras pick up the construction of a military outpost on the Turkish side, that is a matter handled by the National Guard. But where people smuggling is concerned, the National Guard will relay the video feed and the location’s coordinates to the police. In case of a fire in the buffer zone, the central hub would alert the fire department.

Some of the cameras would be installed at certain ‘blind spots’ along the Green Line.

“In effect, the system will improve our surveillance and cut down on response time,” Pieris said.

It’s understood that Israel uses the same, or similar, system in monitoring its separation barrier with the West Bank.