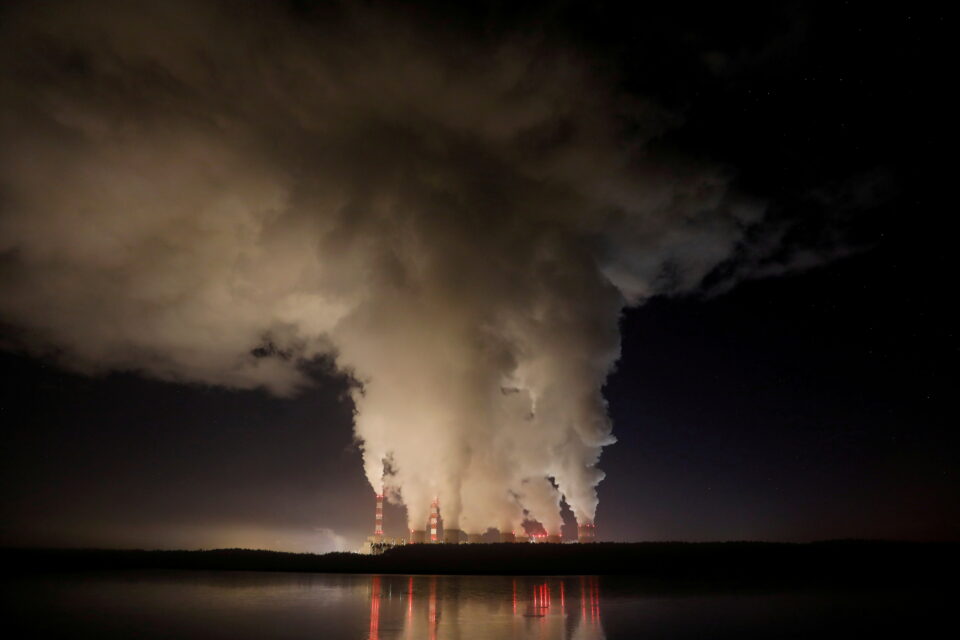 Poland, Vietnam, Chile and other countries will pledge on Thursday to phase out coal-fuelled power generation and stop building new plants, in a deal the COP26 summit’s British hosts said would commit 190 nations and organisations to quit the fuel.

Coal is the most polluting fossil fuel and greenhouse gas emissions from burning it are the single biggest contributor to climate change. Weaning the world off coal is seen as vital to achieve globally agreed climate targets.

Signatories of the COP26 agreement would commit on Thursday to shun investments in new coal plants at home and abroad, and phase out coal-fuelled power generation in the 2030s in richer countries, and the 2040s for poorer nations, the British government said.

“The end of coal is in sight. The world is moving in the right direction, standing ready to seal coal’s fate and embrace the environmental and economic benefits of building a future that is powered by clean energy,” British business and energy secretary Kwasi Kwarteng said.

Separately, the Powering Past Coal Alliance – an international campaign aimed at phasing out the fuel – said it had secured 28 new members, including Ukraine, which pledged to quit the fuel by 2035. Coal produced roughly a third of Ukraine’s power last year.

Factors including concerns over planet-warming pollution and a worsening economic profile for coal-fuelled generation have curbed its share in wealthy western countries including Britain, Germany and Ireland over the last few decades.

But coal still produced around 37% of the world’s electricity in 2019, and a cheap, abundant local supply means the fuel dominates power production in countries including South Africa, Poland and India. These countries will require huge investments to shift their industries and energy sectors onto cleaner sources.

The global pipeline for new coal power projects has shrivelled in recent years, although China, India, Vietnam and Indonesia are among those planning to build new coal plants.

Britain did not confirm if those countries would be involved in the COP26 coal phase out pledge, or if Vietnman’s pledge on Thursday would affect its pipeline of coal projects already in the pre-construction stage.

China said in September it would stop funding overseas coal plants, although the pledge did not cover domestic projects.

A raft of finance announcements are expected at COP26 on Thursday to accompany the coal pledges – both through new investments in clean power, and funds to support workers and regions that depend on the coal sector for their livelihoods.

Countries including Britain and the United States announced a $8.5 billion partnership with South Africa at the COP26 conference on Tuesday, to help the country phase out coal faster.

NatWest to tighten coal sector lending in gradual phase out

Meanwhile Britain’s NatWest will not lend to any new customers operating coal-fired power plants or to existing clients planning to increase their capacity, in a move to toughen its policy on climate change.

“We have committed to not lend new money to new coal projects, to phase out lending to coal in the UK by 2024, and globally by 2030,” its chief executive Alison Rose told Reuters.

As part of the tougher line on coal, the most polluting of fossil fuels, NatWest said it would stop lending to those engaged in the coal industry in Britain by October 2024, in line with government policy.

The new rule will apply to both UK and non-UK customers who have UK coal production, coal fired generation and coal related infrastructure, a bank policy document seen by Reuters shows.

NatWest, which on Thursday was one of a number of companies to join the Powering Past Coal Alliance, retained its target of phasing out all coal-sector lending globally by 2030 and confirmed it would start on Jan. 1.

“I think those targets allow the industry to rewire and reconfigure,” Rose told Reuters in an interview.

Sabotage could be behind tragedy on Baldwin movie set, lawyer says