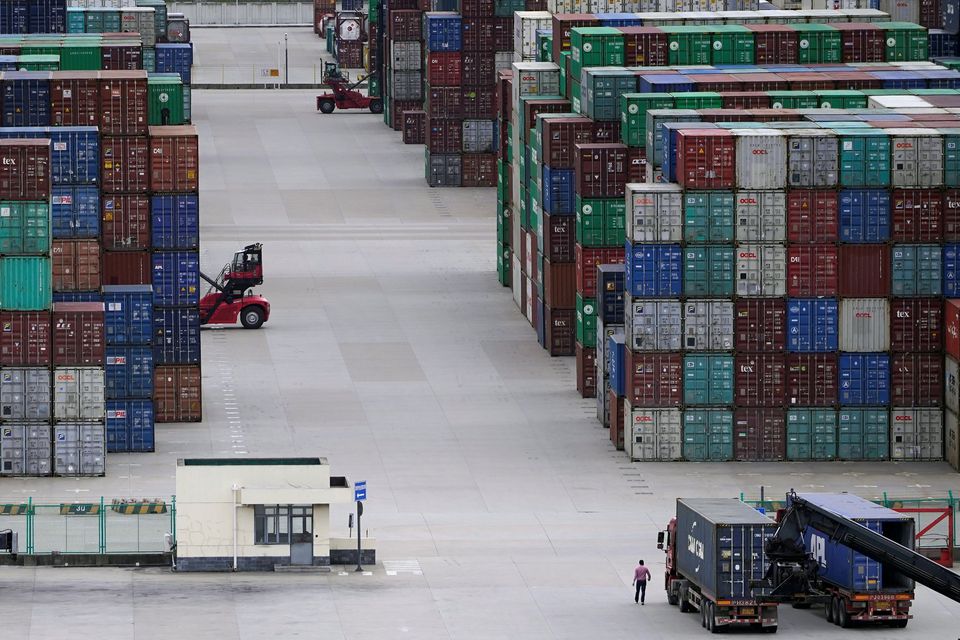 Outbound shipments jumped 27.1 per cent in October from a year earlier, slower than September’s 28.1 per cent gain. Analysts polled by Reuters had forecast growth would ease to 24.5 per cent.

“The government can afford to wait ’til the year end to loosen monetary and fiscal policies, now that exports provide a buffer to smooth the economic slowdown,” he said.

Recent data has pointed to a manufacturing slowdown. Factory activity shrank for a second month in October, an official survey showed, while growth in industrial output eased to the lowest since March 2020 – the first wave of the pandemic.

Imports jumped 20.6 per cent in October from a year earlier, accelerating from a 17.6 per cent gain in September but missing the expectations for a rise of 25 per cent.

China’s crude oil imports plunged in October to their lowest since September 2018, while coal imports slowed as domestic production boomed. Purchases of iron ore slipped for a second month on easing demand.

The country’s economy grew 4.9 per cent in the July-September quarter from a year earlier, the weakest reading since the third quarter of last year.

China’s trade surplus with the United States was $40.75 billion in October, Reuters calculations based on customs data showed, down from $42 billion in September.

US Trade Representative Katherine Tai pledged last month to exclude some Chinese imports from tariffs while pressing Beijing over its failure to keep some promises made in a “Phase 1” trade deal made under the Trump administration.