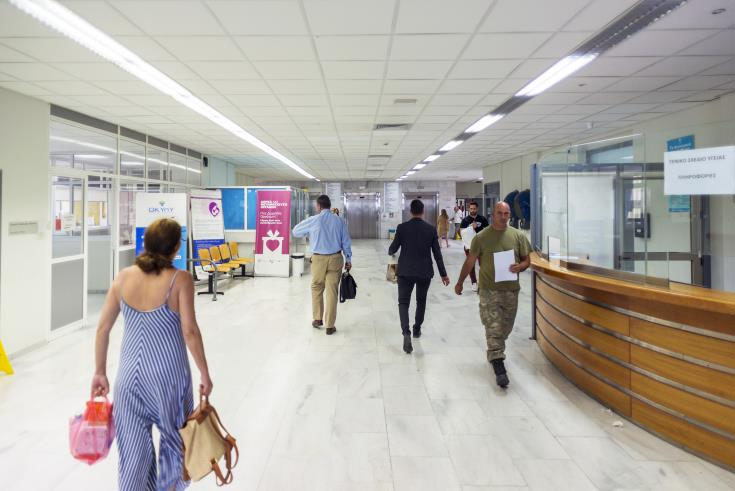 Patients’ rights are still not fully realised – as enshrined in the European Charter of Patients’ Rights – despite Gesy having been up and running for two years, according to discussions held at the House human rights committee on Monday.

Health Minister Michalis Hadjipantelas told MPs that while patients’ rights have been strengthened through the national health system, work remains and he will seek to booster patients’ advocacy – having a greater say – by appointing a patients’ rights commissioner.

Hadjipantelas said that he will work to get a bill put towards parliament within the next month.

Such a role, the minister said, will help keep the public informed in simple language and will assist in having a more direct line to those in charge while also consolidating responsibilities.

Also present at the committee meeting was ombudswoman Maria Stylianou-Lottides who informed attendees that most of the complaints received by her office by patients are of a procedural nature such as medical negligence.

She noted that her office is able to examine the procedural aspect of a complaint but that it is up to a court to conclude as to whether medical negligence occurred.

As for the appointment of a patients’ rights commissioner, Lottides said that the issue is complicated and there must be no duplication of responsibilities.

For his part, Okypy (state health services) spokesman Pambos Charilaou offered that complaints are received against medical and hospital staff and their attitudes towards patients. These issues are investigated within a set timeframe as stipulated within the current framework. He added that the goal is to fully achieve the realisation of the patients 14 core rights as laid out in the European charter.

He said that in 2018, before the implementation of Gesy, 1,200 complaints were made against Nicosia general hospital, 140 against Makarion, 240 in Limassol, 1,000 in Larnaca, 80 in Paphos and 100 in Famagusta. The majority of the complaints were centred on long waiting times for appointments.

Demitris Lambrianides, head of the Federation of Patients’ Associations (Osak), argued that patients’ rights are not currently being fully realised. He emphasised that the law set to protect their rights must be upgraded and referenced as dozens of complaints are made against health professionals.

He said that the appointment of a patients’ rights ombudsman is “absolutely necessary”, adding that large gaps remain in the quality of service offered, both privately and publicly.

Hadjipantelas conceded that many bills have been gathering dust in the drawers, but that efforts are underway to remedy the situation – specifically mentioning the issues of medical cannabis and the appointment of an ombudsman for patients.

“I understand that there are issues, we created a system – it works – but now is the time to make these changes without altering the philosophy of the programme,” the minister said.

Frigate visit highlights Cyprus as a ‘centrepiece’ of French operations