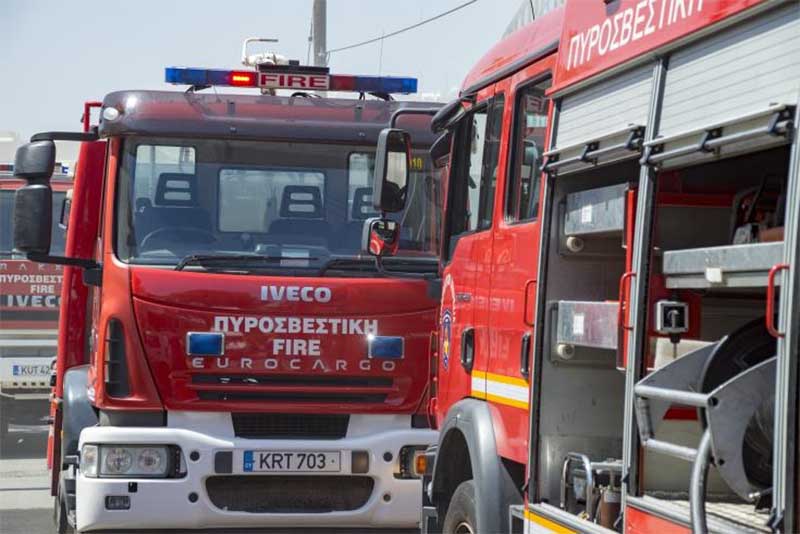 Authorities were on high alert on Wednesday, with the fire service saying they had responded to 28 incidents by early evening, including fires caused by gale force winds, which lasted into the evening in some areas.

A part of Nicosia’s Limassol avenue was briefly blocked after a lamp post fell around 2pm in the section between Athalassa avenue and RIK, with police redirecting traffic towards Nicosia via Nikis and Athalassa avenues.

The road reopened after EAC examined the electrical cables and safely removed the post.

Earlier, scaffolding in Athalassa avenue had to be moved after it was deemed dangerous by police.

The met service had issued a yellow warning the previous day for gale force winds, expected to affect the eastern part of the island until 4pm.

Senior meteorology officer Philippos Tymvios told Alpha TV that in several areas the wind reached 6 on the Beaufort scale, in Mammari and the Larnaca airport it reached 7 in the morning, while in several other areas it was 8 to 9.

According to fire service spokesman Andreas Kettis, incidents caused by the winds included a fire caused by sparks igniting a palm tree in Larnaca, treefalls in the Strovolos, Engomi and Kaimakli areas in Nicosia, one in Limassol, and a removal of a dangerous sign in Limassol.

The fire department responded to two larger fires, the most recent one was reported around 12.48pm near Psimolofou community.

Two fire trucks were sent to extinguish the fire, which burned 4,000 square metres of dry vegetation before it was brought under control.

An hour earlier, the fire service responded to reports of a fire in a riverbed between Tseri and Marki.

Three fire trucks were sent to the scene, and despite the strong winds, the flames were quickly brought under control after burning reeds in the riverbed.

Kettis said at around 6pm they responded so far to 28 incidents, with 25 concerning tree falls, including on parked cars, billboards toppling over, and severed electricity cables, in the Nicosia district. The affected areas were Nicosia, Ayios Dometios, Engomi, Pallouriotissa, Kaimakli, Strovolos and Lakatamia.

He also said they responded to two calls in Limassol and one in Larnaca.

In the north, the strong winds affected seven flights from Turkey.