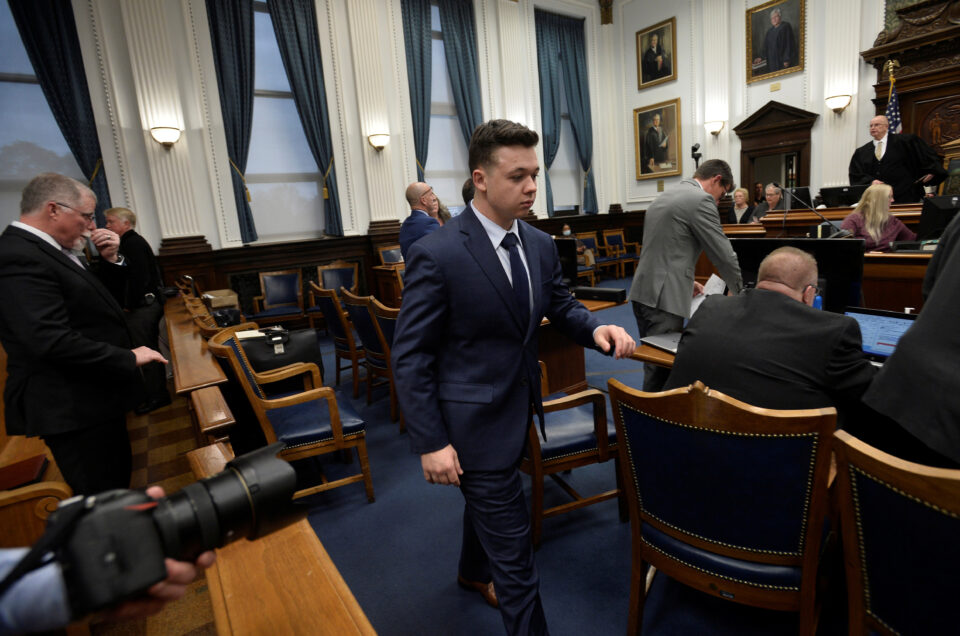 The lead prosecutor in Kyle Rittenhouse’s murder trial in Wisconsin on Thursday accused the judge of unfairness, a day after being excoriated for trying to introduce inadmissible evidence and questioning the teenager’s right to silence.

The defense called an expert witness on Thursday after Rittenhouse testified in his own defense https://www.reuters.com/world/us/rittenhouse-called-stand-testify-own-defense-us-murder-trial-2021-11-10 on Wednesday about the shootings last year in the city of Kenosha, as the trial moved toward its conclusion. Kenosha County Judge Bruce Schroeder said the case could go to the jury as early as Friday.

Rittenhouse, who is 18 now and was 17 at the time of the shootings, is charged in the killing of Joseph Rosenbaum, 36, and Anthony Huber, 26, and the wounding of Gaige Grosskreutz, 27, during chaotic racial justice protests on Aug. 25, 2020. Rittenhouse has pleaded not guilty and said he acted in self-defense.

The trial touches upon the contentious issues of race and gun rights, with Rittenhouse emerging as a divisive figure. He is viewed as heroic by some conservatives who favor expansive gun rights and consider the shootings justified amid the Kenosha chaos. Many on the left view Rittenhouse as a vigilante and a symbol of an out-of-control American gun culture.

Kenosha County Assistant District Attorney Thomas Binger on Thursday argued against a defense attempt to present an updated report from use-of-force expert John Black, who had just taken the witness stand. Binger said the report contained evidence the judge had already ruled could not be admitted.

On Wednesday, the judge had erupted in anger at Binger after the prosecutor questioned Rittenhouse on his decision to remain silent until his testimony, as is his right, and brought up a video recorded two weeks before the shootings in which the teen talked about shooting men he thought were shoplifting at a pharmacy. Schroeder had previously ruled the video inadmissible, and the defense made a motion for a mistrial, which the judge is still considering.

“I think it’s a fundamental fairness issue,” Binger said. “If I’m being held to obey the court’s orders, I’m asking that the defense be held to that to.”

“I was talking yesterday about the Constitution of the United States, and how the Supreme Court has interpreted it for 50 years,” Schroeder responded, referring to Rittenhouse’s right to remain silent. “That’s not what we are talking about here today.”

The judge also said he had misspoken on Wednesday when he predicted that the case could be handed to the jury on Monday or Tuesday because he was mistaken about what day it was.

Rittenhouse on Thursday sat alongside his lawyers wearing a navy blue jacket, burgundy shirt and yellow-and-blue stripped tie. Rittenhouse testified on Wednesday that he opened fire on the men with an AR-15-style rifle to protect himself after they ambushed and attacked him. He said he was at the demonstrations to offer medical assistance and fight fires. He broke down sobbing when his lawyer asked him to describe the circumstances that preceded one of the shootings.

Evidence in the trial has included video showing Rittenhouse with the gun strapped to his body walking along the streets where police used armored personnel carriers and emotions were running high among demonstrators.

By the night of the shootings, Kenosha had gone through two nights of turbulent protests that included arson and looting that followed the police shooting of a Black man, Jacob Blake, who was left paralyzed from the waist down. Police used rubber bullets and tear gas to control crowds, which included men wearing military-style gear and carrying rifles who confronted sometimes-violent demonstrators.