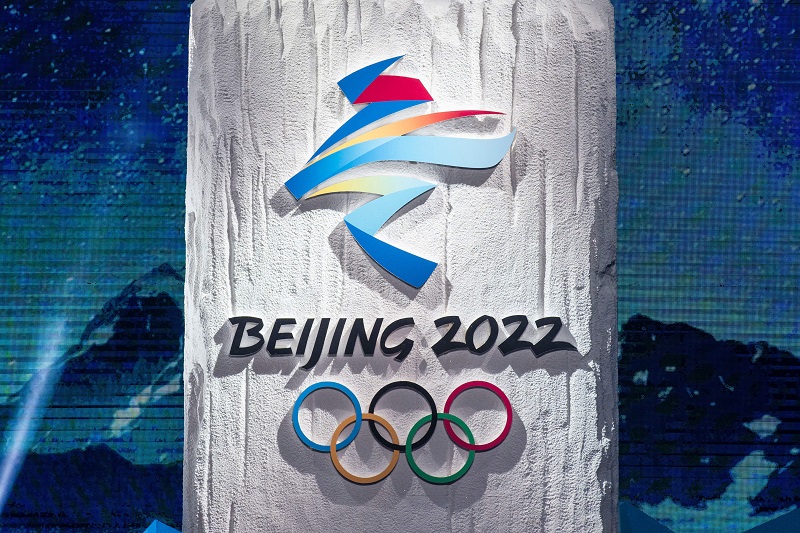 Picture taken during the official ceremony which unveiled the logo for the 2022 Winter Olympic and Paralympic Game in Beijing on December 15, 2017. / AFP PHOTO / FRED DUFOUR (Photo credit should read FRED DUFOUR/AFP/Getty Images)

By Liu Yantao, Ambassador of the People’s republic of China in Cyprus

Beijing Winter Olympics is just around the corner. On October 18, the flame for the Beijing Winter Olympics was solemnly lit up in front of the site of the over-2000-years-old Hera Temple in Olympia of Greece. The flame, which carries the Olympic spirit and connects the two ancient civilisations, will be soon relayed inside and outside the Great Wall and once again shine with the light of peace and friendship on the land of China! Also, Beijing will become the first city to host both summer and winter Olympic Games, which will strongly promote the ice and snow sports around the world and open a new chapter for the International Olympic Movement.

Under the strong leadership of the Chinese government, the preparations for the Beijing Winter Olympics have been smoothly progressing and fundamentally completed against the backdrop of severe challenges including the Covid-19 pandemic. All the 12 competition venues have been completed and passed the certification of the International Winter Individual Sports Organization, and are fully qualified for the competition. The newly-built venues, such as the national speed skating center “Ice Ribbon”, the national snowmobile sled center “Snow Dragon”, and the national ski jumping center “Snow Ruyi”, fully incorporating the Chinese cultural elements while meeting the requirements of the competition, have become eye-catching landmarks. Three non-competition venues such as the Winter Olympic Village and the main media center have been put into use. Infrastructure such as the Beijing-Zhangjiakou High-speed Railway and the Jingli Expressway are in full service, which fully meet the transportation and logistics needs of the Beijing Winter Olympics and Paralympics.

During the preparation process, the Chinese government has always pursued the goal of delivering a “simple, safe, and splendid” Winter Olympics and practiced the following five concepts, in order to dedicate to the world a wonderful, extraordinary and outstanding Winter Olympics.

First is “green”. The Beijing Winter Olympics will achieve carbon neutrality. The four venues including the national speed skating center have adopted the most environment-friendly ice-making technology with nearly zero carbon emissions. Green power will be used in all 12 venues, which have all received the green building certification. The newly built venues have even achieved three-star standards, the highest of the green building certification.

Second is “shared”. Among the five venues for ice sports, only the national speed skating center “Ice Ribbon” is newly built. All the others have been renovated from existing venues for the Beijing 2008 Summer Olympics, achieving the alternation between winter and summer sport events. Beijing Shougang (Capital Steel and Iron Corporation) was relocated due to the Beijing Summer Olympics and has now become the location of the big ski jumping platform for the Beijing Winter Olympics.

Third is “open”. During the preparation, China has worked closely with other countries and international sports organisations and kept close communication on venue construction and event organization. From October to December of this year, Beijing will host 10 international test competitions, 2 domestic test competitions, and 3 international training weeks. 2,000 foreign athletes and various personnel are expected to participate in the test run for the Beijing Winter Olympics. 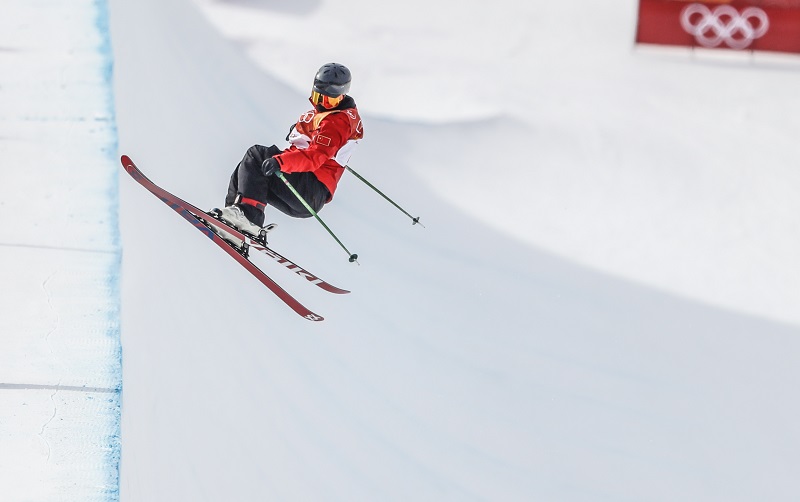 Fourth is “safe”. While opening up for the Winter Olympics, the Chinese government will strictly implement the COVID-19 prevention and control measures, including simplified precedures, far-end screening, vaccination, closed-loop management, prompt handling, and integrated prevention and control, in order to ensure the health and safety of every single athlete and participant.

Last is “clean”. From the date of bidding for the Winter Olympic, the Chinese government has been strictly managing the budget and controlling the cost for the Games, strengthening process supervision, and avoiding extravagance or repetitive construction. The Games will adopt zero tolerance for doping and violations of sports ethics, in an effort to make the Winter Olympics as clean and pure as ice and snow.

The Olympic spirit is the spiritual wealth shared by all mankind, which originated from ancient Greece and spread worldwide with its universal and eternal value rooted deeply in the hearts of the people around the world. We shall cherish and promote the Olympic spirit, pursue the new Olympic motto of “Faster, Higher, Stronger – Together”, and enhance the cohesion of the international community through the International Olympic Movement. In doing so, we shall bring together all the forces to jointly respond to global challenges such as the Covid-19 pandemic. We shall also resolutely oppose all ugly acts to politicize the Olympic Games and sports events in concerted efforts, and join hands for a brighter future.

Cyprus is a faithful inheritor of the Olympic spirit and an active participant in the Olympics. Cyprus made its debut at the 1980 Lake Placid Winter Olympics together with China which had just restored its lawful seat at the International Olympic Committee. Together we demonstrated for the first time the elegant demeanour of our athletes to the whole world. At the 2021 Tokyo Summer Olympics and Paralympics, Cypriot athletes demonstrated their perseverance and the spirit of never giving up, and achieved great results. China warmly welcomes all athletes from all over the world including Cyprus to gather in Beijing, promote the Olympic spirit, show the glamour of ice and snow sports, and jointly open a spectacular FROZEN experience: faster, higher,  stronger – together!

Djokovic’s lawyers seek to block his removal from Australia

FIA probe into 2021 Formula One decider picks up speed