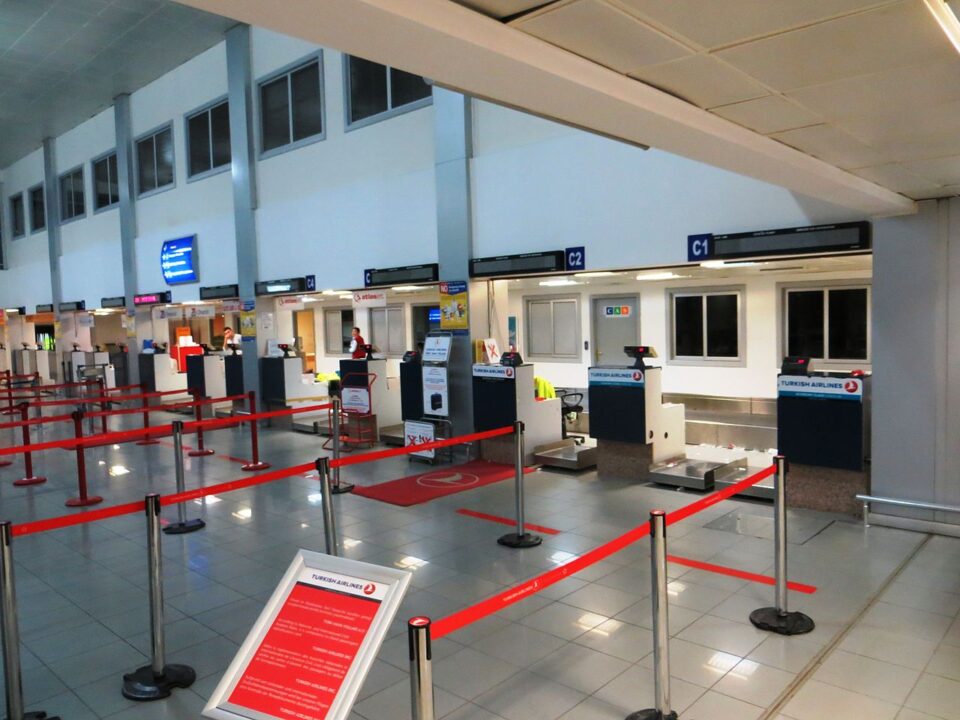 It is absolutely necessary to establish communication channels between the Turkish FIR and the Cyprus FIR, as well as the control tower of Tymbou (Ercan)

One of the basic mistakes that have been consistently committed – almost without exception – by the leaders of the Greek Cypriots has been the isolation of the Turkish Cypriots and the Turkish settlers to undermine their economic standing and, thus, induce a more reconciliatory approach in reaching a solution to the Cyprus problem. This objective was never attained and instead such practices threw the Turkish Cypriots and the Turkish settlers into the arms of Turkey making them completely dependent on Turkey’s economic support.

This change entails opening communication and transaction channels between northern Cyprus and the rest of the world – beyond Turkey. Obviously, this must not entail the recognition of a separate state entity in northern Cyprus. It’s a difficult but not an impossible target.

To start with, let’s look at what the operation of international airports and seaports in northern Cyprus entails. Obviously, these ports will serve as points of entry and exit of persons and goods. The possibility of the entry of such into/from Cyprus, through gates beyond those operated and controlled by the Republic of Cyprus, must be preceded by the resolution of various related problems, such as air and sea transport security, Cyprus’ full compliance with the regulations governing the free movement of persons and goods within the European Union, the imposition of taxes on imported goods from third countries and the free movement of capital between the northern and the southern parts of Cyprus.

Until such time as the Republic is transformed into a federal state, these complex problems can be tackled with the temporary assignment of the rights and the obligations of the Republic which concern the operation of international airports and seaports located in the occupied part of Cyprus, to agencies of the EU or the United Nations (with the irrevocable consent of the EU and, of course, that of Turkey).

Let’s look closely at the security issues associated with flights in the region of Cyprus, commonly referred to as FIR or Flight Information Region. Issues of flight security are generally regulated by the International Civil Aviation Organisation (ICAO), which is an UN agency. The boundaries of the Larnaca FIR (internationally known with the code name LCCC) are depicted on the map and they extend westwards to the Athens FIR (LGGG), northwards to the Ankara FIR (LTAA), southwards to the Cairo FIR (HECC) and eastwards to the Damascus (OSDI), Beirut (OLBB) and Tel Aviv (LLTA) FIRs. As shown on the map, the ICAO recognised Cyprus FIR covers the whole of Cyprus and the adjacent sea area and at one point almost reaches the Turkish coast. Thus, for as long as the flights (about eight per day) originating from Turkey and heading for Tymbou (Ercan) airport in the north remain in the Ankara FIR, they are directed and controlled by Ankara FIR (and the relevant instructions are also relayed through the control tower of the Tymbou (Ercan) airport). In contrast, the ICAO instructions to all the flights entering the Larnaca FIR from its northern boundary are to follow the directions and guidance of the Larnaca FIR. 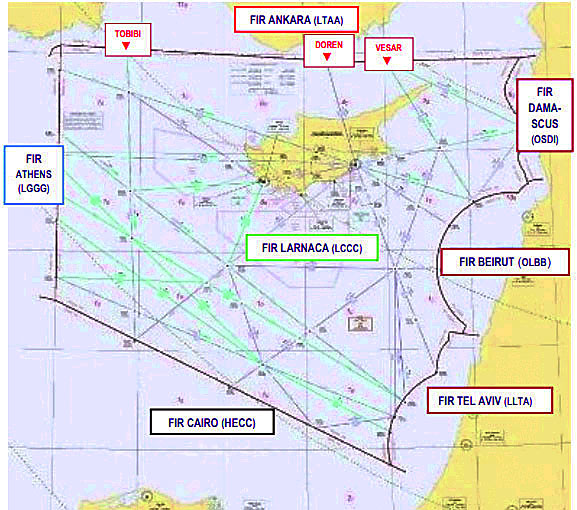 Admittedly, the situation is complex and inevitably entails risks which so far have not had adverse consequences. However, to the extent that the number of flights in and out of Tymbou (Ercan) will substantially increase, it is absolutely necessary to establish communication channels between the Turkish FIR and the Cyprus FIR, as well as the control towers of all the Cypriot airports including Tymbou.

Based on discussions I have had with people who are familiar with the technical aspects of these complex problems, the only way of resolving these problems in a manner to open the necessary communication channels between northern Cyprus and the rest of the world is by delegating the responsibility of the administrative supervision of the operations of Tymbou, of Famagusta port and of any other point of entry to a EU or UN agency. The same agency could assume the task of supervising the administration of Famagusta, once the city is elevated to an international seaport.

As part of my endeavours to identify the most expedient route for resolving these problems, I originally thought it would be helpful to look at the case of Taiwan. The People’s Republic of China, a country of 1.4 billion people, considers Taiwan an integral part of Chinese territory and persistently refuses to afford it any form of recognition. Taiwan is an island with an area of 36 thousand square kilometres and a population of 24 million people. Taiwan is separated from the Chinese mainland by a channel which is between 130 and 220 kilometres wide while Taipei, the capital of Taiwan, unlike Nicosia and Cyprus is not divided into two sections by a green line, stretching over 200 kilometres.

This means that the similarities between Taiwan and Cyprus are rather superficial for a variety of reasons, the most important of which are the geographical independence of Taiwan in relation to China, its substantially larger population and economic size compared to Cyprus and the fact that the concept of a possible coexistence of a “China” and a “Taiwan” within the European Union is truly inconceivable.