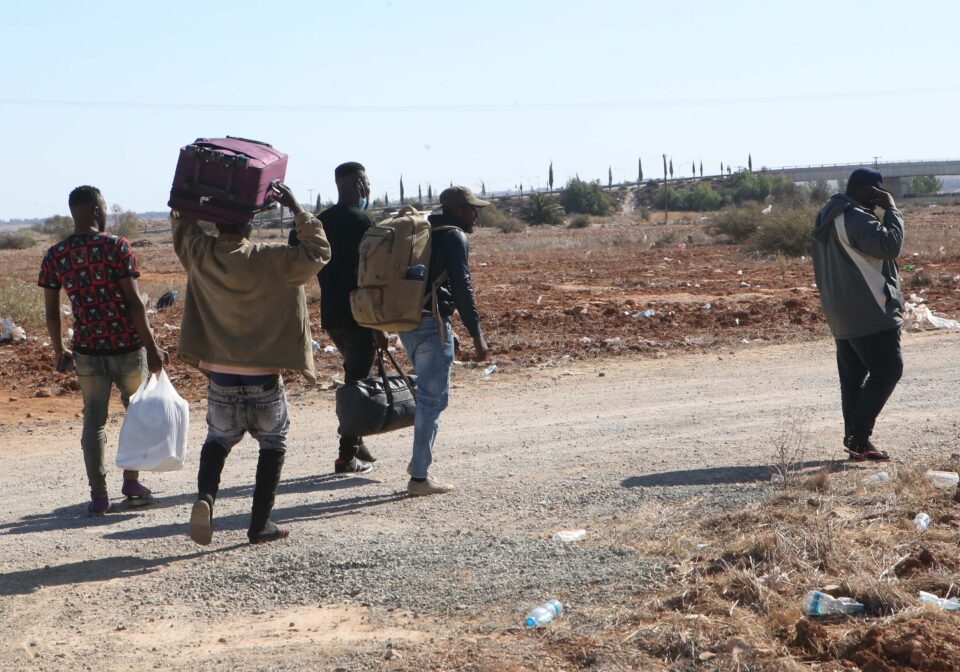 When the Republic of Cyprus joined the EU in 2004 it surrendered to the EU her sovereign right to control its borders in refugee claims. A surrender of so much sovereignty was not a major concern in 2004 but it is in 2021.

Last week the government of RoC jumped on the bandwagon of events on the Poland-Belarus border and sought a provisional opt-out from the EU’s refugee common asylum system for those illegally entering the Republic from the buffer zone claiming a refugee emergency existed in Cyprus also.

EU treaty law provides for a common policy on asylum as part of its objective of creating an area of “freedom, security and justice for refugees who legitimately seek protection in the Union”.

The treaty on the functioning of EU does not just adopt the 1951 Refugee Convention and 1967 Protocol into EU law. Directives made under the treaty adopt the UN High Commissioner’s Handbook for Determining Refugee status – a document that provides guidance on how to examine refugee claims fairly.

Owing to Europe’s appalling history of persecution during the Nazi occupation of continental Europe last century, the EU legal order is very favourable to refugees. The problem is that EU law on refugees does not reflect people’s natural xenophobia and the abuse of refugee status by claimants – often aided and abetted by people smugglers.

The criteria for refugee status are that you need to be outside the country of which you are a national and owing to a well-founded fear of persecution you are unwilling or unable to return.

The persecution, however, must be for reasons of race, religion, national or ethnic origin, political opinion or membership of a particular social group, although people are eligible for subsidiary protection if they are likely to face torture or inhuman treatment if returned to their country irrespective of the reasons.

The most important principle of refugee law is that a refugee becomes a refugee the moment he or she fulfils the criteria of refugee status rather than at the time of formal recognition. The EU legal order accepts this principle; it accepts that formal recognition is a declaratory act of a status already possessed the moment persecuted persons leave their country owing to fear of persecution that is objectively justified.

The starting point in refugee law is that every state has a duty to protect its citizens. If it cannot protect them from persecution or persecutes them itself, they are entitled to international protection provided they are outside their country. This is partly because other states are careful not to be seen to be interfering in the internal affairs of sovereign states and partly because it is impractical. Some countries, mostly in South America, are prepared to grant diplomatic asylum in their embassies, but such asylum is not generally available.

The primary substantive right of every refugee is not to be returned to the borders of the country of feared persecution – the principle of non-refoulement. However, because refugee status is a declaratory act, all refugee claimants also have the procedural right to have their claim examined, since if it were otherwise and a refugee claimant were sent back without his or her claim examined, the principle of non-refoulement would be meaningless.

What the RoC seems to have sought from the EU is a provisional opt-out from its obligation to examine refugee claims and the transfer to other member states of the responsibility. This was done presumably on the ground that arrivals suddenly reached a tipping point beyond which it is wholly disproportionate for Cyprus to absorb the large numbers involved in terms of its size and population.

The trouble is that refugees are no longer welcome in most member states in Europe. The reasons for this lack of compassion are a mixture of xenophobia and a widely held belief that most people claiming refugee status are not genuinely fleeing persecution. They are perceived by many as economic migrants, and I have to say that in my experience there is some truth in this perception. They are often fleeing war, poverty and, increasingly, climate change and although they do not fulfil the refugee criteria they deserve resettlement. Not under the 1951 Convention, which is out of date and not suitable to deal with the irregular migratory movements of people in the 21st century but a new more regional framework of protection that addresses push as well as pull factors that create migratory trends.

To the legitimate problem the RoC raised with the EU, the reality is that it would be difficult to get agreement from other member states to agree a transfer of responsibility for examining their claims. EU decision making in respect of the opt-out in refugee matters is that the European Commission has to be persuaded to put up a proposal to the European Council comprising all member states that then consult the European Parliament. Only if there is consensus all round would it be possible to solve what seems to be an intractable problem.

The most effective way of dealing with the problem of irregular movement of people across the Green Line is to address the problem at source. I suspect Turkish Cypriots are as concerned about irregular arrivals from Turkey as their Greek Cypriot compatriots. Common ground may be hard to find on the Cyprus problem, but Cypriots are as xenophobic as each other when it comes to the levels of immigration they are prepared to tolerate.

The whole SafePass business is unsustainable