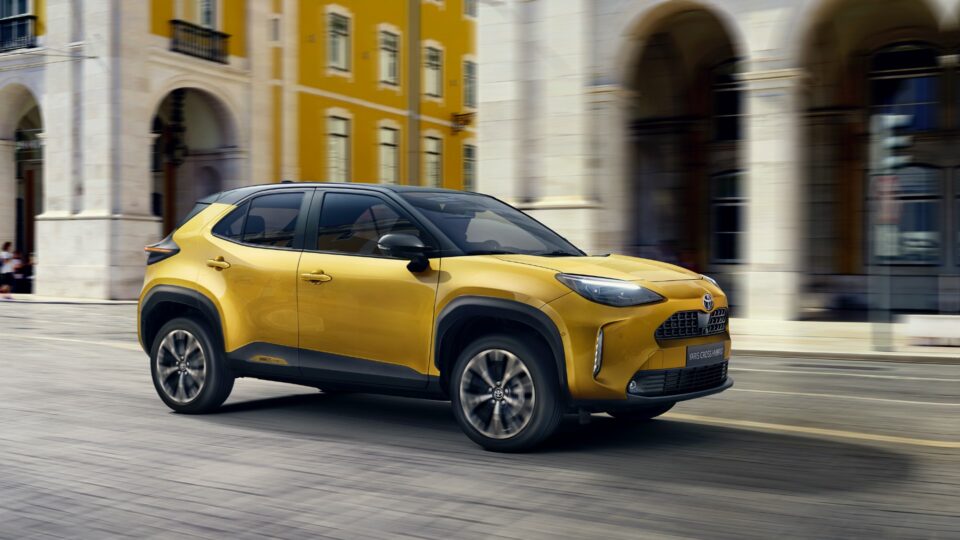 Toyota customers who are placing orders for some specific, newer models such as the Yaris Cross are facing delays of two to three months

The ongoing global supply crunch of semiconductors means that shoppers in Cyprus are left with fewer products to choose from, delays in purchasing them and then often at a higher price than before.

Everything from cars, smartphones to washing machines use computer chips, the supply of which is facing a critical shortage and the issues causing that pressure aren’t going anywhere, anytime soon.

Costas Kastamoulas, the retail sale and marketing manager at the Bionic tech shop in Nicosia, told the Sunday Mail that the sluggish production of technological goods simply cannot keep up with the increasing demand.

“We are constantly receiving calls, messages on Instagram, Facebook, everywhere, from parents and gamers calling us and asking about the PlayStation 5, but it’s just not there,” Kastamoulas said.

Indeed, gamers – and some of their parents – may have been amongst the first in the wider public to feel the pinch and pain of the ‘out of stock’ label next to their favoured goods, most notably the PlayStation 5.

“Microsoft had to issue an announcement saying that the supply issues will continue well into 2022,” he said. “Everyone wants PlayStations but there are none.”

It’s out of stock on Amazon, too, with a notice: “We don’t know when or if this item will be back in stock” – forcing some to turn to eBay. There, some consoles are being sold for about double their retail price, often by ‘scalpers’ – a person who resells goods that they typically have no intention of personally using.

Kastamoulas added that the supply and production crunch has led to fewer products being made available, with typically the higher-end goods receiving priority. Prices are also going to have to increase at some point, he said, as retailers have so far been trying to soak up the rising costs and shield consumers.

With Black Friday just around the corner, on November 26, retailers are waiting to see how the market adapts to the new conditions, and if there will be a shopping splurge as seen in recent years. The feeling right now is that consumers will still have to satiate their appetite for tech upgrades, despite a narrower range of products and at higher prices.

And while PlayStations are probably amongst the most elusive products right now, other items are also facing delays, not least new models of cars.

“Of course, we have been impacted by this shortage as have all the other representatives,” head of marketing at Toyota Cyprus, Loucas Leonidou, told the newspaper.

It’s a perfect storm that experts have put down, in large part, to the pandemic. They say that stay-at-home orders exacerbated a major shift to tech taking over increasing parts of our daily life, while closures and lockdowns also hit manufacturing facilities. It also threw production plans off balance as customers cancelled orders.

As countries reopened and people wanted to spend money that they had managed to save during the pandemic, or their pockets weren’t hit as hard as expected, a bottleneck occurred when companies tried to get as many chips as they could to meet the rising demand.

“There are delays but crucially this has not influenced consumer interest. The demand remains steady if not better than previous years but the break which has been placed on production due to the shortage of semiconductors – combined with increased transportation costs – has left a gap in the market,” said Leonidou.

“So, the customers who are placing orders for some specific, newer models – such as the Toyota Yaris Cross – are indeed facing some extra delays of about two to three months longer than previously,” he said.

Registrations would typically take about five months previously but for newer models are at about seven to eight months currently.

The Pilakoutas Group, an influential importer of major car brands such as Jaguar and BMW, echoed those sentiments.

“All car manufacturers are currently affected with limited production (mainly due to a shortfall in availability of semiconductors),” they told the Sunday Mail in an emailed statement.

Notably, they said that there has been a slight move to less popular models as they are more readily available and in stock and the demand for new cars is still there.

On November 8, the Statistical Service reported that in the first ten months of 2021 there was a six per cent decline in vehicle registrations. In October alone, the total registration of motor vehicles was 2,646, recording a decrease of 16.6 per cent compared to October 2020.

“In a general context, the whole sector has been affected, as the numbers indicate. However, the statistics regarding registrations do not precisely reflect on the orders intake of new car sales,” the service told the Sunday Mail.

“So, it’s extremely difficult to interpret the statistics of a month to the actual sales of that same month,” they said, adding that: “Despite the production issues, the demand for new cars remains strong.”

Lambros Iaocovou, an IT specialist with two decades of experience in Cyprus, said that he’s never witnessed such a crunch.

Laptops that he used to be able to buy on demand are now often out of stock and now take two to three months to arrive.

Added on to the chip shortage are the general price hikes at a global level, also hitting Cyprus compounding concerns

The hyper efficiency of modern markets means that you can purchase an iPhone and not really know how any of it inside works – and chances are most people hadn’t heard much about semiconductors, or chips – until the recent crunch.

That same efficiency means that pears grown in Argentina are shipped to Thailand for packaging and then sold in US supermarkets.

But that reliance on global supply lines is a double-edged sword, in this case whetted by the grinding down of supplies from key producers during the ‘pandemic of the century.’

Our View: Foreign minister should be doing his job, not electioneering

The whole SafePass business is unsustainable