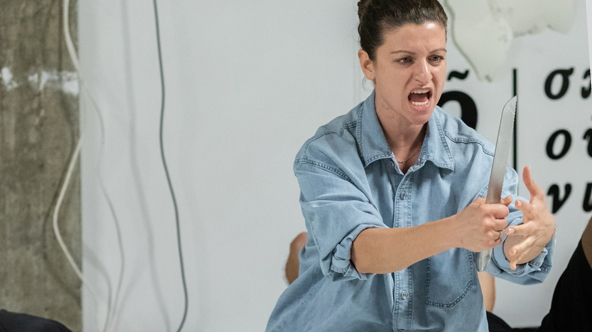 Just before festive pop-up events, the Black Friday sales and the general buzz that the coming season brings, the Nicosia International Festival continues to fill the capital with unique performances. Concerts, theatre performances in buses and literary walks are taking place and towards the end of the month Paris Erotokritou will direct the award-winning theatrical work of the Australian author Tom Holloway.

Red Sky Morning will have its Pancyprian and Panhellenic premiere on November 28 at the Nicosia Municipal Theatre, introducing the Australian playwright’s work to the island. The play was created in 2008 and a few years later, the book was released in 2011. The Red Sky Morning’s story revolves around three members of a family – a woman, a man and a girl. In just one day, these three voices interact to tell a story of isolation. It tells of lost moments, dreams that are not shared and the tragedy of everyday life through a strong and liberating story about the need for communication.

The Red Sky Morning deals with the need of man to love and be loved by asking questions that we rarely encounter with the intensity that the Australian author asks. Translated into Greek by Maria Kyriakou, directed by Erotokritou and presented by the Fresh Target Theatre Ensemble, the play’s production combines elements from cinema, television, music and theatre, attempting a radiography of a person’s inner world.

“Tragedy,” says the production team, “as Russian playwright Anton Chekhov put it, is not only in the ‘big ones’, but exists in the smallest details of our daily lives: in a misunderstood caress, in a moment that was lost, in a dream that was not shared, in small and high expectations in a silent and ‘soundproof’ despair. A despair whose end is not known to anyone.”