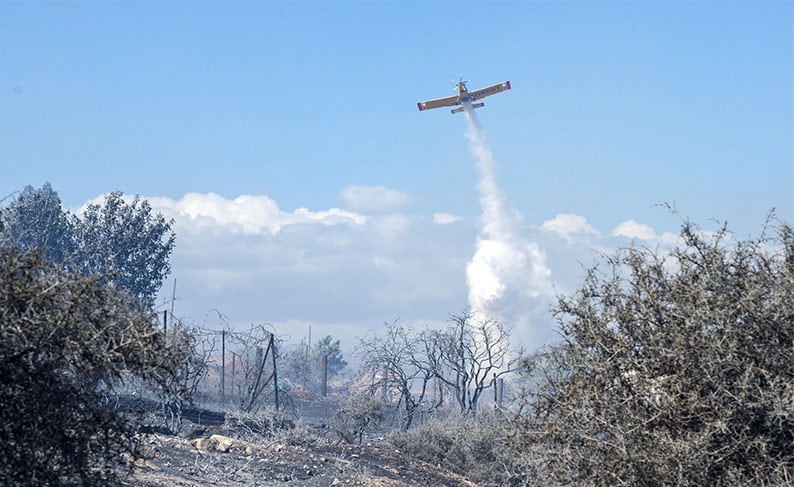 Forestry department personnel on Wednesday announced they would be staging a three-hour work stoppage on Thursday over understaffing and would protest outside the finance ministry followed by a march to the presidential palace.

An announcement from the forestry department representatives at Pasydy union, said staff have been pressing home the issue of understaffing since cutbacks to personnel numbers in 2015 without the issue being resolved.

“At the same time that the threat of forest fires is growing, the problem of understaffing of the forestry department is growing and it poses a serious risk for protection of our forests, but also for society and the economy in general,” the announcement said.

It added that even after big fires this year, all that is going on is an exchange of letters and proposals “instead of decisions and actions” despite all the promises made by the government to boost the forestry department.

“The problem remains at dramatic and dangerous levels,” the union said.

In November 2019 they said they had publicly complained that staffing levels were worse than the summer of 2016, when massive fires destroyed much of the areas of Solea and Argaka.

Today, more than four months after the Arakapas fire, staffing levels are even worse than in 2019, the union added.

“At the same time, our members are called to work in exhausting and inhuman hours, in conditions of constant tension and pressure to fill the gaps in the service, with unforeseen risks for everyone,” the statement said.

They said as a sector, they had taken all the necessary steps to explain the seriousness and urgency of the problem. As a last resort, they addressed the president with three letters in almost a year and a half, asking for his intervention.

The last letter was sent on October 29, 2021, setting November 15 as a deadline for resolving the problem.

The union said that until now, it had deliberately and consciously, avoided making public statements on the subject but feel that all avenues have now been exhausted.

“We now feel that there is nothing else we can expect from this government,” the statement said.

The preservation of forests in a sustainable way means proper management and effective protection, the union said. This in turn means a strong and well-staffed department.

The personnel are demanding an unfreezing of all vacancies, the restoration of 27 posts abolished between 2012 and 2015, and the filling of another 28 positions of forestry officer, an entry-level post, which although unfrozen, have still not been filled.

The union also clarified that these are just the department’s immediate needs in order to operate “at tolerable levels”.

“Obviously, they are not enough and do not aim to meet the general need in the forestry sector for reorganisation in view of worsening climate change, but also for any revisions for more adequate coverage in rural areas,” it said, adding that more dynamic measures could not be ruled out if their demands were not met.

Battling wildfires from behind the scenes

Workshops for girls seek to narrow gender gap in sciences