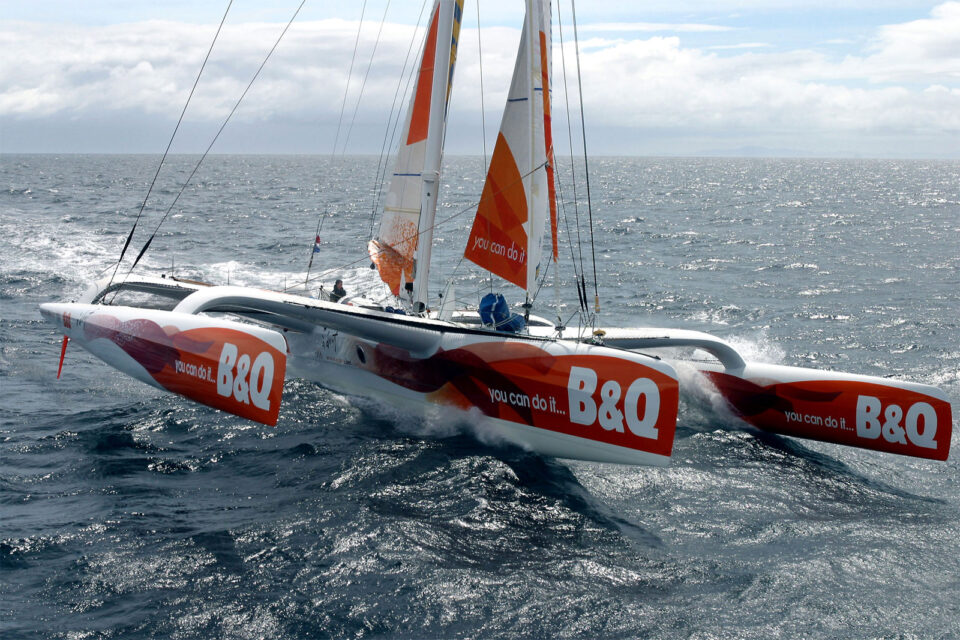 Pushing our linear economy toward a circular economy

Imagine you are 28 years young, female, born inland in the UK, but you have been passionate about sailing ever since, at age four, you had set foot on a little sailboat for the first time, and you felt an immense sense of adventure and excitement. Everything you needed was on this little boat; a kitchen, a toilet, your bed, food and family, and – when the sails were hoisted – that immense feeling of freedom of going anywhere.

Since then, you have sailed solo around the UK, across the Atlantic, and around the world and have broken records before. However it’s the first time you have taken on the ultimate challenge: the Vendee Globe race. This is a 27,354 nautical mile race from Ushant, France that takes the sailor south, round the Cape of Good Hope (South Africa), south of Australia, then round Cape Horn (Argentina) before heading back up the Atlantic to Ushant. This race is against time; there are no competitors at the start line.

It has taken years of preparation. Your vessel is a gorgeous purpose-built 75ft (23m) trimaran (it has three hulls) B&Q/Castorama. It is so large that you can actually climb up to the top of the mast, from inside the mast!

Now there’s an added pressure: just months before departing, the ‘unbreakable’ world record of 93 days has been smashed by French yachtsman Francis Joyon down to 72 days.

For the next 2.5 months you only sleep 20 minutes at a time to keep watch on wind and wave conditions, yacht performance, forecasts, etc. and through all these challenges, you keep breaking time records.

You have now reached the Southern Ocean (south of Australia) in horrendous conditions, gale force winds and icy water spray. You sail as fast as possible but this time, it is to outrun an even worse storm (that would most likely destroy your yacht) from the current storm. It dawns on you that the closest town is over 2000 miles away in Antarctica, while the nearest people to you are those manning the International Space Station above you. At this point, there is no plane that can land, or helicopter that can reach you if anything goes wrong, and ships are days away.

What you have taken with you is all you have, every last drop of water, bit of food, and you must be self-sufficient in case anything goes wrong. Your boat is your entire world, and your use of those resources are inescapably linked to success or failure (there is no safety-net nor alternative option). These conditions provide you with a real understanding of what it means to rely on a finite supply of resources.

Fortunately you have made it through the storm, and eventually back to France crossing the finishing line (in 71 days 14 hr 18 min 33 sec – beating the world record by 1 day, 8 hours, 35 minutes, 49 seconds!), and while stepping on to land for the first time in months, and becoming the fastest person ever to sail non-stop around the globe, you feel a mix of emotions; ecstasy, exhaustion, gratitude. Yet, you knew there was also another more pressing and more significant emotion, a concern for how our species live on the planet. It was a feeling that had been troubling you for a long time, and it was about to change your life, more so than this moment. 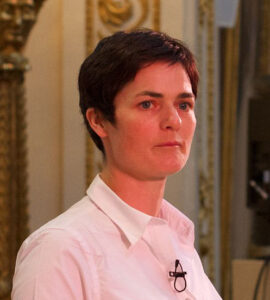 These are the events that led Dame Ellen MacArthur to make the hardest decision of her life, to move from her dream of sailing adventures and challenges, toward figuring out another economic model that would keep the materials (inorganic and organic) in-cycle so that there is no need to extract, nor create any waste, a reflection of natural systems.

After years of discussions with chief executives, economists, scientists, educational institutions, industr, and an array of people working in all sorts of sectors – from coal miners to engineers – Dame Ellen established the Ellen MacArthur Foundation in 2010.

The basis of the foundation is to work with governments, industry leaders and educational institutions, to help push our linear economy toward a circular economy.

The linear economy is an economy of extraction, manufacturing, selling, using and then mostly dumping at the end of use (waste). It is an economy that can fundamentally not run long-term as it will both run out of resources and build up waste that will be toxic to us and our environment.

In comparison, in the circular economy everything cycles back into use, and nothing is wasted. This is like our biosphere that has evolved over billions of years into a complex, synergistic, adaptive system that generates no waste. Everything is continuously being metabolised. The challenge is to design an economy that would reuse things, rather than use things up.

Dame Ellen once said in a talk ‘Thinking in circularity opens a whole new world of opportunities on exactly the same horizon’.

Many companies have taken this concept onboard and have shown that this can be done, while also being profitable. Examples include Phillips rents light. They supply the lighting fixtures to offices and retain ownership of the material, so that it can be updated and re-rented in the future. Michelin rent mileage where truck tyres are rented by the mileage whilst Michelin retains the tyre ownership. The tyres are returned to the factory, reduced into base elements, and turned back into new tyres. Renault started with refurbishing engines, which became their most profitable division. Today they are creating a RE factory, Europe’s first circular economy factory that will create mobility solutions with a negative CO2 balance by 2030.

The circular economy is just one example of many initiatives – industrial symbiosis, sharing economy, performance economy, biomimicry, cradle to cradle design and so many more – aiming to tackle the economic model that challenges our planet today.

We can also go beyond this. A great example is Interface, a UK-based carpet manufacturing company that provides carpeting for offices, airports and the like. Interface was committed to becoming the world’s first environmentally sustainable – and, ultimately, restorative – company. Their design brief was to ‘design a carpet that can be used and then broken down into base elements to be reused as a carpet again’. This was accomplished.

But they haven’t stopped there. In 2012 Interface invested in the development of Net-Works; an initiative to empower locals, for example in the Philippines, to fish for ghost (discarded) fishing nets, creating an inclusive business model. These nets are cleaned and shipped to Interface, who then use the material in their carpets. In addition, their factory is powered by off-grid energy, and, like many initiatives, they have dropped their product costs because they retain material ownership, and need only minimal manufacturing overheads.

The opportunities are endless if we open our minds, and rethink and imagine alternative solutions, with nature as our guide.

Cyprus-based Roberto Sciffo is the CTO of ISA Energy, an innovative project development company with a focus on sustainability and inter-sectoral decarbonisation. Roberto has a varied background from engineering and biological medicine, environmental systems, integrated economies and systems thinking