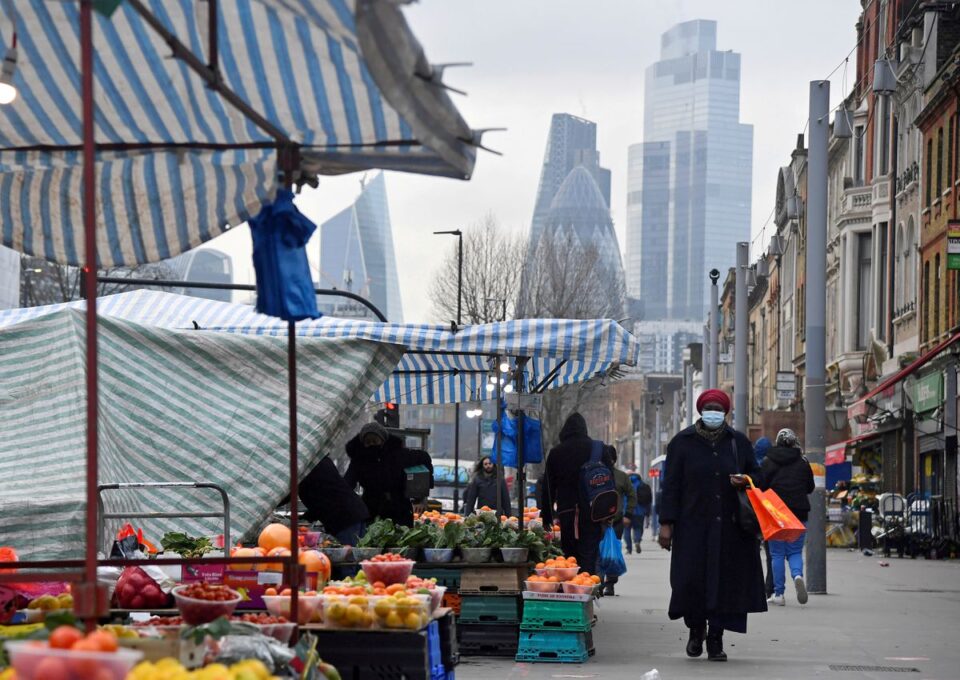 British inflation surged to a 10-year high last month as household energy bills rocketed, according to data on Wednesday that will bolster expectations that the Bank of England will raise interest rates next month.

Consumer prices rose by 4.2 per cent in annual terms in October, leaping from a 3.1 per cent increase in September. Both the BoE and a Reuters poll of economists – none of whom had predicted such a big increase – had pointed to a reading of 3.9 per cent.

The pound climbed to a one-week high versus the US dollar and a 21-month high against the euro after the data.

Finance minister Rishi Sunak said rising inflation was not just a British problem and the government was taking action to offset the hit to spending power, even as it scales back most of its coronavirus emergency support.

Britain’s inflation rate puts it in the middle of the pack among G7 countries, with annual US consumer price inflation now running north of 6 per cent.

The Office for National Statistics said household energy bills were the biggest driver of inflation following the lifting of a regulatory cap on bills last month, with gas prices paid by consumers up 28.1 per cent in the year to October.

British energy suppliers are grappling with soaring wholesale gas prices that have led to the collapse of a number of energy companies, forcing more than 2 million customers so far to switch providers – often on higher tariffs.

The BoE – which has a target of 2 per cent inflation – has said higher borrowing costs can do nothing to influence energy prices. But it is concerned that high rates of inflation could harm its credibility in the eyes of the public.

Forecasts published by the BoE this month showed it expected inflation to hit around 5 per cent in the coming months.

The BoE is expected to become the first of the world’s major central banks to raise rates since the coronavirus pandemic swept the global economy, with investors and economists increasingly predicting that will happen on Dec. 16.

On Monday BoE Governor Andrew Bailey said he was “very uneasy” about the inflation outlook and that his vote to keep rates on hold earlier this month, which shocked financial markets, had been a very close.

On Tuesday, data suggested Britain’s labour market was withstanding the end of the government’s job-protecting furlough scheme, a key factor for the BoE and its decision on rates.

“Ultimately, the impact of rising inflation on consumer spending and confidence will be a critical measure of stability, and determine how hawkish the Bank needs to be,” he said. “We may well see the rate rise kicked into 2022.”

There were signs in Wednesday’s data of further inflation pressure in the pipeline. Prices charged by factories rose by more than expected, up 8 per cent compared with October 2020, the sharpest increase since 2011.

Manufacturers’ input costs jumped by 13 per cent, the most since 2008, the ONS said.