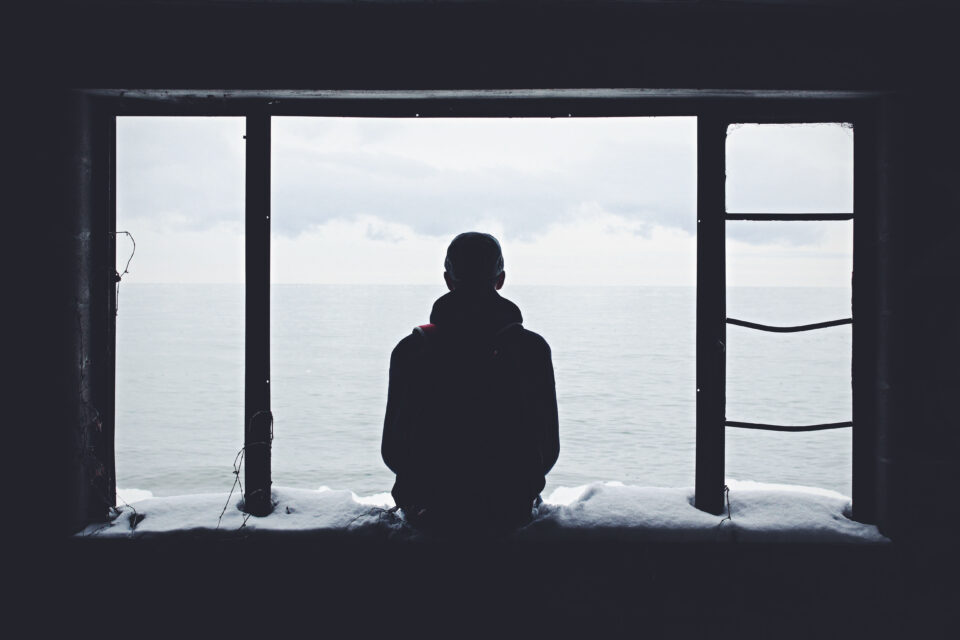 Sin, as defined by most major religions and moral institutions, is as old as man. It is inherent to our nature. Ultimately, sin is self-serving, and at the end of the day we are all self-serving creatures. Wrath, pride, sloth, lust, envy, gluttony, greed – the seven deadly sins are things of which all of us are guilty of. We have all committed them, even on a minor scale.

There is a scene from the 1990 British comedy Nuns on the Run which inspired me to look at sin from a renewed perspective. Eric Idle (Brian Hope) and Robbie Coltrane (Charlie McManus) team up for this bad boy comic burlesque about a pair of two-bit hoods who want to go straight, repulsed by the increasing reliance on guns and violence in their line of work. When a large amount of money is extracted from a gang of drug dealers and it falls into their laps, the two take off with the loot and seek refuge in a convent, passing themselves off as nuns from a different order, assigned to the nunnery before leaving the country on missionary work.

Seated next to Charlie McManus (who is disguised as Sister Inviolata of the Immaculate conception), Father Seamus (Tom Hickey) discusses abstinence with the ‘sister’, asking if “celibacy is just as difficult for a man as it is for a woman?”

“I wouldn’t know,” Charlie replies. “I must come clean, though. I had a man in my bed last night. You see, the way I see it, sex is allowed.”

Father Seamus is at a loss for words, surprised by the nun’s response.

“No, it’s the doctrine of original sin,” Charlie explains. “We are all born sinful, except for Jesus who was perfect, of course. And He was sent to save us. But how could He save us unless we’re sinning? So, we have to go on sinning in order to be saved and go to Heaven. That’s how Christianity works. That’s why it suits so many people.”

Although this intrinsically funny scene from the movie attempts to justify, and even normalise sin, the underlying message is how one perceives a situation. Charlie McManus is looking at the world through his pair of glasses. This means that he filters everything through his own personal history, his beliefs, motivations, and concepts that he holds true.

The true value of another perspective lies within seeing more of a situation and therefore being able to make a better judgement for ourselves.

Pride sits atop the list of deadly sins; it is an honour that is thoroughly undeserved. Authentic pride – the feeling that comes after hard-earned success – makes people more likely to persist with difficult tasks and, as a result, achieve further success. The proud tend to lead, and are also more liked. Many of pride’s boons come through the expression: arms akimbo, head tilted back, chest expanded, which tells others, ‘I am successful,’ thus triggering admiration and even further benefits.

Pope Gregory the Great, who wrote the definitive list of deadly sins, made it near impossible to get any pleasure at all out of eating when he noted five ways to sin by gluttony: too greedily, too much, too early, too expensively, and with too much focus on how food is prepared. Yet, in comparison to the calorie-counting dieter, those who happily indulge in food and drink reap a range of benefits.

Envy is about comparing oneself to an inspirational other. This not only boosts one’s mood, it also motivates one to succeed. School kids who compare themselves to enviable classmates improve their grades over the course of a school year. Therefore, encountering a high-achieving other can make one more creative.

Jealousy, on the other hand, is a natural emotion that can actually keep a relationship together and inspire attentive actions.

Bill Gates has often said that hiring a lazy person to do a difficult job is an effective approach to getting work done faster and easier. Slothful people perform high-leverage tasks with minimum input and outsized output, thereby freeing up one’s time for social media, internet surfing, practicing one’s visual-spatial skills while playing video games, and even binge-watching an entire series on Netflix.

Anger gets a bad rap as it is often linked to violence. However, violence follows anger only rarely. Strip the violent gloss from this deadly sin and one will discover a highly functional emotion. People often experience anger when they encounter an obstacle to a goal, or when they witness an injustice. In both cases, the feeling of anger triggers a set of adaptive responses in an attempt to restore social harmony.

Perhaps not surprisingly, the primary function of lust is to get people into bed. And the lustful mindset is exquisitely designed to do so. When we are aroused, we pay attractive others more attention, see potential mates as better-looking, and even read sexual intent into others’ faces where none exists. Having sex on the brain can even change the way we solve problems. Lust triggers a detail-focused mode of thinking, which facilitates certain kinds of problem solving. Yes, thinking about sex can make one smarter.

In recent years, greed’s reputation has been tarnished as it is blamed for all manner of financial crises. However, a closer look at our pursuit of money suggests that greed is far from uniformly harmful. The more money one has, the happier one is. Especially when one knows exactly how to spend it.

I believe that each of the seven deadly sins has certain advantages that can be practiced with skill, and not entirely avoided. Understandably, it takes courage to see the perspective of another person, but if this corrects your viewpoint, then there is nothing to be afraid of.

Bitcoin – Unique characteristics of this Cryptocurrency!

Second-hand bookseller in a world of language