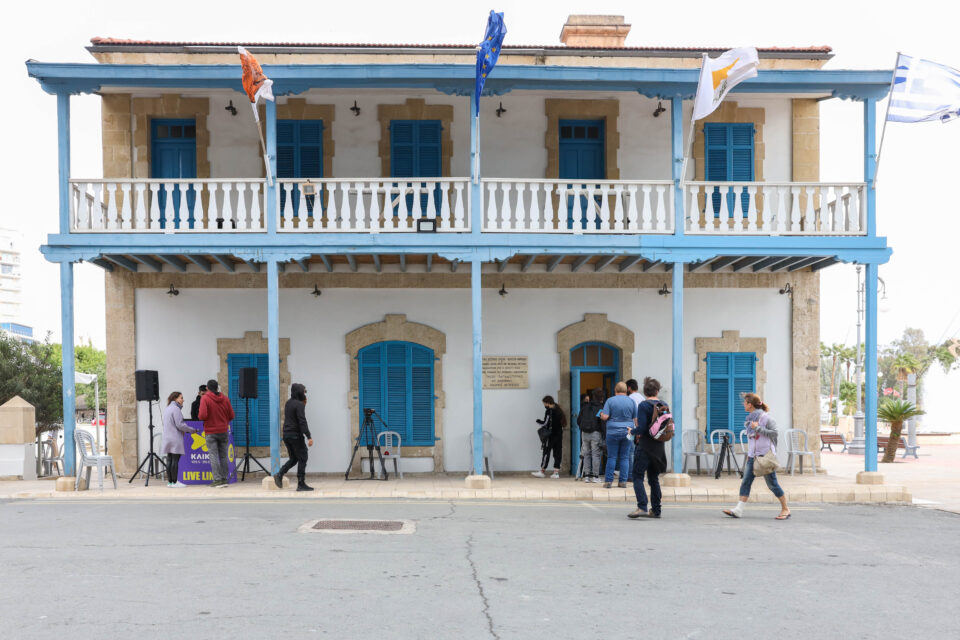 The walk-in centre on Europe square on Saturday

The vaccination numbers of adults and teenagers need to significantly rise ,officials said on Saturday, stressing the importance of protection against Covid-19 and an end to the pandemic.

Health Minister Michalis Hadjipantelas, who visited the pop-up walk-in centre in Europe Square on Phinikoudes, said it was up to everyone whether “we will end this pandemic and spend Christmas without any of the restrictions we have had in recent years.” The walk-in centre operated only on that day, in cooperation with the Larnaca municipality that provided the space, in a bid to boost vaccinations in the coastal town.

Referring to possible additional measures, Hadjipantelas said the goal was not to go into a lockdown, “and this goal will only be achieved through vaccinations and compliance with the measures announced and to be announced by the ministry in the coming days.”

He said they made an analysis on Friday evening about where increased numbers of cases were recorded and what caused this and are now working on stopping transmission chains. “At the moment, we have chains with children under 12 in schools, chains with people under 20, as well as chains with people who are not vaccinated,” he added. “Our goal is, with the measures we will take, always in consultation with the experts, to stop these chains.”

He said one of the reasons the virus persists was because some people have decided not to get vaccinated. “We may not go to a lockdown for the unvaccinated, but to some restrictions on their movement.”

He said everyone can see what happens when someone is vaccinated and when someone is not. “We have given enough time to these people to be informed and to be vaccinated. We are constantly trying to inform them, but since, for their own reasons, they have decided not to be vaccinated, the government will take whatever measures are needed to protect the rest of the population,” Hadjipantelas said.

Asked if they are considering introducing the expiration of the SafePass seven months after the first dose, meaning those who have not have a booster jab will not have a valid SafePass, the minister said it was among the suggestions that will be discussed on Monday afternoon with the experts.

“The main way to end this pandemic and protect ourselves is through vaccination,” Hadjipantelas said.

The minister thanked Larnaca municipality and mayor Andreas Vyras for their initiative to host a walk-in centre in Phinikoudes.

“It is a common secret that vaccination in Larnaca is at very low rates,” he said. People were given the opportunity today to come to be vaccinated, he added, expressing satisfaction over the number of people who went to get their first, second or third dose.

Among them was mayor Vyras, who got his booster jab.

Hadjipantelas also said according to data, the numbers of people going to the walk-ins in all districts were “very satisfactory.”

The health ministry’s permanent secretary Christina Yiannaki said more than 70,000 people have been vaccinated in such centres so far.

She also said that more than 60,000 people over 40 have received a booster jab, a number which, however, needs to double. She also said vaccination in children aged 12 to 15 was at 30.8 per cent and needed to go higher.

“To this end, lectures will begin in schools and army camps. We do what we can for the best interests of the country and public health,” Yiannaki said.

Yiannaki recalled that, as of Monday, the working hours of the walk ins will be extended and will be open from 8am to 6pm. She called on people to seize the opportunity and get vaccinated.