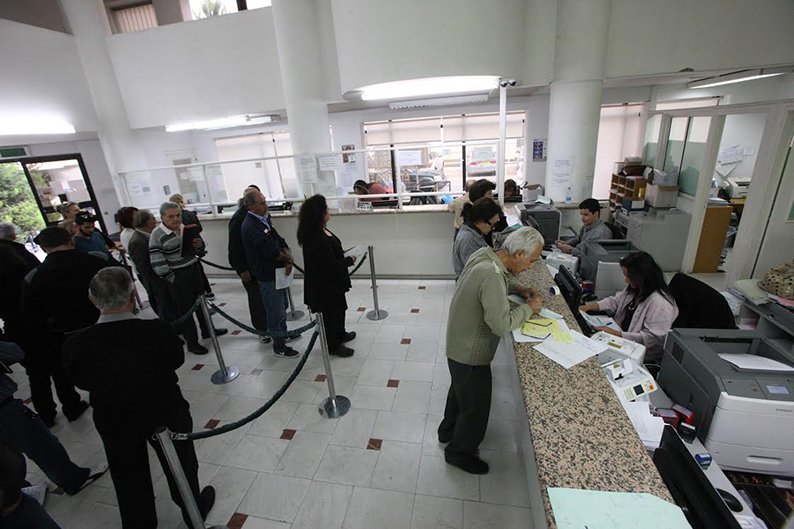 Natural persons – the salaried, pensioners and self-employed – whose total gross income last year exceeded €19,500 are obliged to file their annual tax return for 2020 by November 30 to avoid a penalty for late filing. The return must be filed electronically and entails the prior registration of the taxpayer in the TaxisNet system.

The complexity of the return primarily stems from the complexity of the tax system. The responsibility for this rests with those who have served as ministers of finance and with the legislators, who habitually formulate tax rules thoughtlessly and carelessly. The improvised last minute amendments, designed to serve specific interests or electioneering needs, are well known. Needless to say senior officers of the Tax Department share part of the responsibility for not objecting to such amendments, which create problems for both the taxpayers and the tax services.

The support given by the Tax Department to taxpayers for filing their annual tax returns is usually confined to (a) the provisions of general instructions in the tax return itself, (b) the publication of instruction booklets and short video films and (c) the provision of assistance and support by telephone.

The complexity of the system, combined with the lack of a genuine commitment from some public servants to help, means that the support provided in practice is deficient, resulting in many taxpayers encountering serious difficulties in completing their returns. Anyone who has tried to call the telephone numbers listed as “help lines” has probably come up against the following prerecorded message which is of little help “The person you have called is unable to talk to you right now; please try later”.

If communicating with the Tax Department by telephone is often impossible, its website is an ocean of information through which the average taxpayer is unable to navigate and if he attempts to do so is more than likely to end up shipwrecked.

The practical consequences of these adversities are serious because, not only do they result in necessitating extra effort by both taxpayers and tax department employees for no added value, but it also fosters a negative predisposition by taxpayers towards the tax authorities, which promotes a climate of tax evasion.

The complexity of the tax system

I am exclusively referring to the tax system that relates to natural persons. The system governing legal persons (companies, etc) has its own complexities, which are not addressed here.

In the case of the defence tax, the system has three sub-categories dealing with (i) rent income, (ii) interest income and (iii) dividends, which must be dealt with on a semester (six-monthly) basis. The tax relating to the six-month period ended on 30/06/2020 and should have been paid 15 months ago or suffer a penalty and an interest charge for late payment.

In the case of Gesy, there are six basic sub-categories dealing with (i) trade and professional income, (ii) pensions, (iii) salaried income, (iv) rent income, (v) interest income and (vi) dividends, with rules that are similar to those applicable to defence tax, but with the added complication that the rates of this tax were differentiated from 0 per cent for January and February of 2020 to 1.7 per cent for March to June and to 2.65 per cent for July to December of that year, except for the self-employed persons, in which case the rates of 1.7 per cent and 2.65 per cent were 2.55 per cent and 4.00 per cent respectively.

In addition to these complexities, there are a plethora of “petty” problems, which prevent the uninitiated users from filing their tax returns painlessly and peacefully. For example, in certain cases, the input data relating to monetary values must be entered as integer numbers (only euros) while in other cases the amounts must be specified with two decimals (euros and cents separated by a comma).

In the past, state pensions paid in Cyprus and the related withheld taxes were reflected on certificates of earnings, which were sent to the recipients of these benefits. Not anymore. The only way a taxpayer can quantify these amounts is through the tax return itself, after entering on the tax return the pensioner’s registration number, his/her sex and date of birth. A simple process, once you get the knack of it!

To confirm the validity of my conclusion, I must mention the difficulty encountered in locating an official guidebook for compiling the tax return. The official guidebook I found ran into 21 pages, without going into the more complicated cases, such as those arising when reporting foreign-source income and claiming double tax relief.

Payment of taxes due

Through a new system, running in parallel with TaxisNet, Cyprus taxpayers now have the facility of electronically setting up self-assessments and settle them either through JCC Smart (in certain cases) or by bank transfers (in all cases), but also to extract listings of all the taxes paid over an extended period of time and of all the outstanding taxes, not paid yet.

This system is linked to the system of tax returns and, as a result, the new self-assessments raised are immediately reflected in the tax computations shown on the tax returns themselves, even if such returns have not been filed in final form as yet. This is undoubtedly a positive development which facilitates the efficient handling of tax returns, both from the point of view of the taxpayer and the Tax Department. Nevertheless, I have my doubts as to whether the complexities of this system will ultimately be mastered by the average taxpayer who, otherwise, will have to resort to the services of a specialist tax advisor.

To conclude this article, I consider it necessary to highlight the urgent need to lower certain tax rates – such as the 30 per cent tax rate on interest income, one of the highest rates in the world. This rate affects many pensioners, who are unable to invest their frugal savings in investments that generate income that is tax exempt. If one adds the Gesy tax levied on interest income and the almost unavoidable late payment fines and penalties, the tax burden on interest income in Cyprus can be almost 40 per cent. Under these circumstances, it may be more appropriate to refer to Cyprus as “a tax hell”, as opposed to “a tax heaven”.

Is the Belarus migrant crisis a ‘new type of war’?