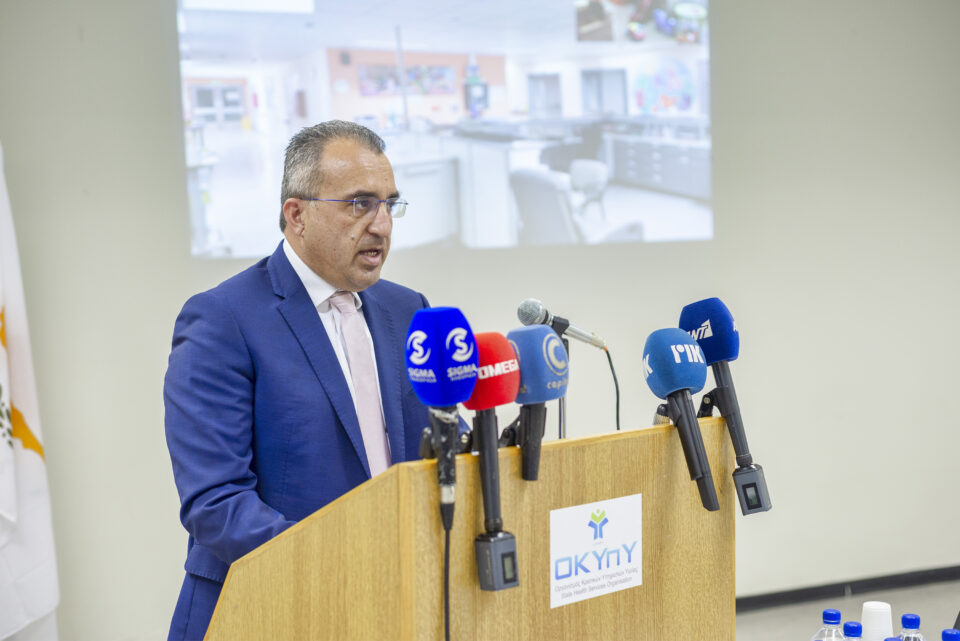 Officials on Monday deliberated on a list of suggested further measures that will be brought before the Council of Ministers on Wednesday as the use of the CovScan app became mandatory.

After a rocky trial period over the past two weeks, all businesses that would normally ask for a SafePass are now required to digitally scan their customers’ EUDCC certificates by using the CovScan app.

At the same time, Health Minister Michalis Hadjipantelas held separate meetings with President Nicos Anastasiades and the epidemiological team to come up with potential stricter measures in efforts to curb the spike in daily coronavirus cases and hospitalisations.

The minister briefed the president on the epidemiological situation before attending a meeting with the health ministry’s advisors on pandemic issues, to discuss the possible implementation of additional measures for the holiday period.

After the meeting Hadjipantelas told reporters that the measures being floated include compulsory use of masks at primary schools, the introduction of self-tests for the vaccinated, restricting the number of people at public gatherings and the potential cancellation of some Christmas events, including school events.

Currently, unvaccinated people could visit the above places with a 72-hour negative test.

“Nothing has been made official yet,” Hadjipantelas said, adding that any decisions will be taken during Wednesday’s cabinet meeting.

“Regardless of what is decided on Wednesday, we must understand that we have a rather difficult period ahead of us with an increase in both daily infections and hospitalisations,” head of the epidemiological team Constantinos Tsioutis said.

In their statements on Saturday, both the health minister and the president implied that measures might target the unvaccinated to avoid horizontal restrictions.

“To avoid a blanket lockdown, some people must be excluded, no matter how much we respect their views,” Anastasiades said.

Local media quoted Hadjipantelas as saying that some advisors are pushing for the booster vaccine dose to become a requirement for a valid SafePass – a measure that will go into force in the north on December 6.

Meanwhile, electronic scanning of EUDCC certificates using the CovScan application became mandatory for businesses requiring a SafePass as of Monday, with the exception of some population groups.

Stricter measures, including lockdowns, have been introduced around the world to prevent the spread of coronavirus as cases are on the rise despite protests against tougher restrictions.

Austria became the first country to make anti-coronavirus vaccinations mandatory, while it entered its fifth full lockdown on Monday. Netherlands also imposed a three-week partial lockdown as of Saturday.

France and Greece already announced they will be requiring booster shots for people over 65 and 60 respectively, to have valid pass.