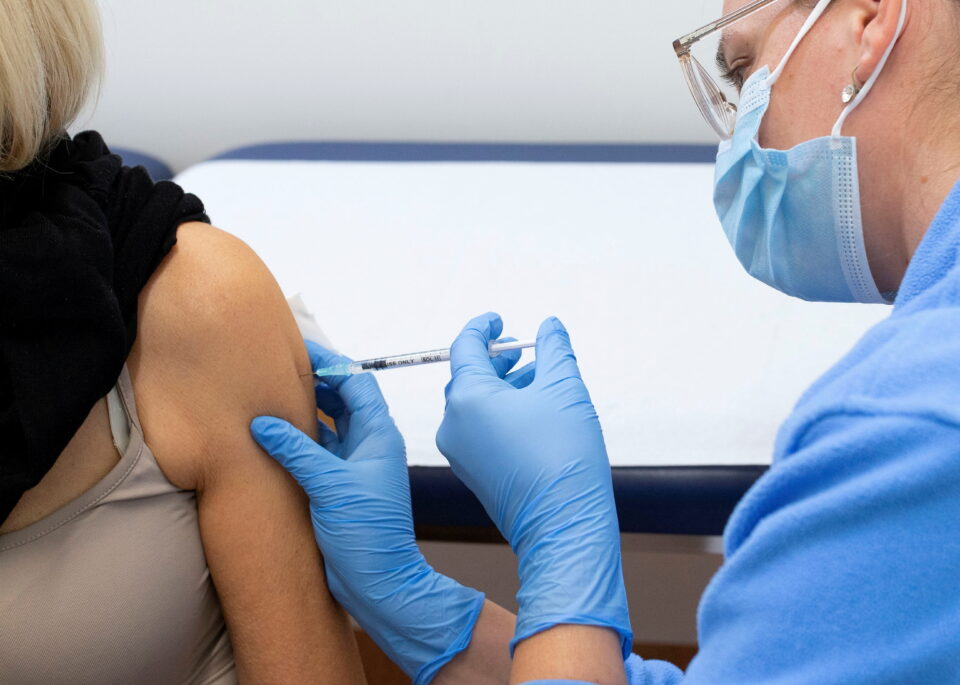 The head of the European Union’s public health agency Andrea Ammon said on Wednesday that COVID-19 vaccine boosters should be considered for all adults, with priority for those above 40 years, in a major change to the agency’s guidance.

Recommendations issued by the European Centre for Disease prevention and Control (ECDC) are not binding on EU governments but are used to make health policy decisions.

“Booster doses should be considered for all adult individuals prioritising persons above 40 years of age,” Ammon said in a recorded statement, noting that boosters should be administered at least six months after completing the primary vaccine schedule.

In its previous guidance issued in September alongside the European Medicines Agency (EMA), the ECDC said there was no urgent need for the administration of booster doses to fully vaccinated individuals in the general population, but suggested that additional doses should be considered for people with weakened immune systems and could be used as a precaution for older frail individuals.

“Available evidence emerging from Israel and the UK shows a significant increase in protection against infection and severe disease following a booster dose in all age groups in the short term,” the ECDC said in a report published on Wednesday.

It advised giving boosters to all adults with priority “for those aged 40 years and over”.

Ammon said that boosters will increase protection against infections caused by waning immunity and “could potentially reduce the transmission in the population and prevent additional hospitalisations and deaths”.

She advised countries with low levels of vaccinations to speed up their rollouts and warned of high risks of a further spike in deaths and hospitalisations in Europe in December and January if the recommended measures were not introduced.

The European Commission is expected to take the advice on boosters into consideration when proposing changes to the use of COVID-19 certificates later this week, officials said.

Many EU countries have already begun giving booster doses to their populations but are using different criteria to select groups that are prioritised and using different intervals between primary vaccinations and boosters.

Austria, which has this week reintroduced a lockdown amid a spike in cases, has decided to give boosters after four months, whereas in Italy the additional dose can be administered after five months.

A leader of Germany’s Greens, set to be part of a new government, expressed support on Wednesday for mandatory vaccinations as the number of infections jumped again.

Germany registered 66,884 new coronavirus infections and 335 more deaths due to the virus, bringing the total number of deaths close to 100,000, according to figures by the Robert-Koch-Institute of infectious diseases on Wednesday.

Chancellor Angela Merkel, who is preparing to hand over to a new government of Social Democrats, Greens and Free Democrats, called in the leaders of these parties on Tuesday to discuss the pandemic.

Katrin Goering-Eckardt, the parliamentary leader of the Greens, said continual lockdowns and restrictions on social contact were a bigger imposition than demanding vaccination.

Initially, mandatory vaccinations were needed in care facilities to protect particularly sensitive groups, she told Deutschlandfunk radio. Introducing compulsory vaccination would not mean that this would be enforced by police, she added.

The Free Democrats have so far opposed making vaccines compulsory.

The health ministry has put together a proposal to make it compulsory for workers in nursing homes and clinics to be vaccinated from Jan. 1, 2022, Spiegel magazine reported.

Germans have been waiting in line for hours to get vaccinated in recent days, with about 68% of the population fully vaccinated, below the average in western Europe.

On Tuesday, 638,109 people got a shot, the highest daily figure since July 28, although the vast majority of those were booster vaccinations.

Neighbouring Austria has reimposed a full lockdown due to surging caseloads and has said it will introduce compulsory vaccination next year.

Meanwhile, Germany’s Ethics Council – an independent group of experts that advises the government – indicated it could reconsider its rejection of compulsory vaccination.

“We are really thinking about it, because we see that the numbers are rising,” its deputy chairperson, Susanne Schreiber, told RTL television.