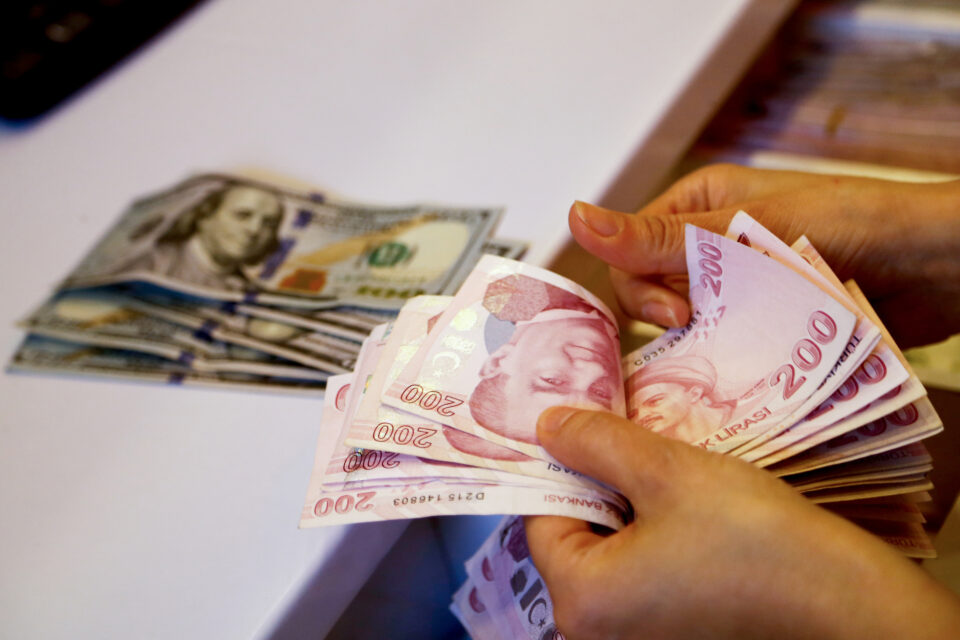 The freefall of the Turkish lira is among the main concerns in the north with people seeing the prices of goods and their loan instalments in foreign currency skyrocket, while small businesses face bankruptcy.

The economic crisis brought by the Turkish lira’s freefall was among the main items in most Turkish Cypriot papers on Wednesday when the rate was 14 Turkish lira to a euro and 16 to a pound sterling.

Yeniduzen’s main headline was ‘A total nightmare’, with the daily reporting that the Turkish lira has experienced a total collapse. Kibris, said in its main headline ‘We’ve hit rock bottom!’ Diyalog, under the headline ‘Difficult Days’, reports that those who pay bank loans in foreign currency experienced a serious shock.

It reports that loans to purchase a car or a house are usually in British pounds or euros and that now with the current rates it had become impossible for them to pay monthly instalments. But even those who don’t have debts in foreign currency will be faced with the danger of starvation with the new, higher prices on consumer goods, the paper reported.

Vatan reported that the union of the Turkish Cypriot contractors called for a stop to construction works carried out with payments in Turkish lira. The group said works should stop until a solution is found to lift the uncertainty caused by the rise in the exchange rate.

According to Yeniduzen, the head of the Cyprus Turkish Chamber of Commerce (KTTO) Turgay Deniz suggested that the debts of those borrowing in foreign currency should be restructured, and that the ‘state’ should waive fees and taxes, and that banks should not receive any fees or commissions.

The rise in the exchange rate is a major issue in the north as property prices and rentals are usually in sterling. Imports are affected as well.

The situation has also led to drug shortages on one the hand and much higher prices on the other. Pharmacists said that the current exchange rate for drugs coming from abroad has increased, and adding transportation and other costs has led to very high prices.

Head of the Turkish Cypriot Chamber of Industry Ali Kamacioglu said there was nothing that politicians or the public can do about the increase in the exchange rate and advised people to turn to local products.

In the meantime, the chamber of Turkish Cypriot shopkeepers and artisans said more than 5,000 workplaces are closed at the moment expressing concerns more would follow.

Head of the chamber, Mahmut Kanber said their members’ expenses are in foreign currency, but their income is in Turkish lira. The rise of the foreign currency has been going on for a while, he said, adding that the current situation is leading them towards bankruptcy, Yeniduzen reports.

Later on Wednesday, it was announced in the north that authorities, to offset the consequences of the depreciation of the Turkish lira, have fixed the exchange rate for three months in real estate rentals that are in foreign currency. Foreign currency loans will be restructured, it was announced, while there will be reductions in credit card interest rates.

It was also announced that efforts were underway to reduce prices on basic foodstuff or keep them at an acceptable level.