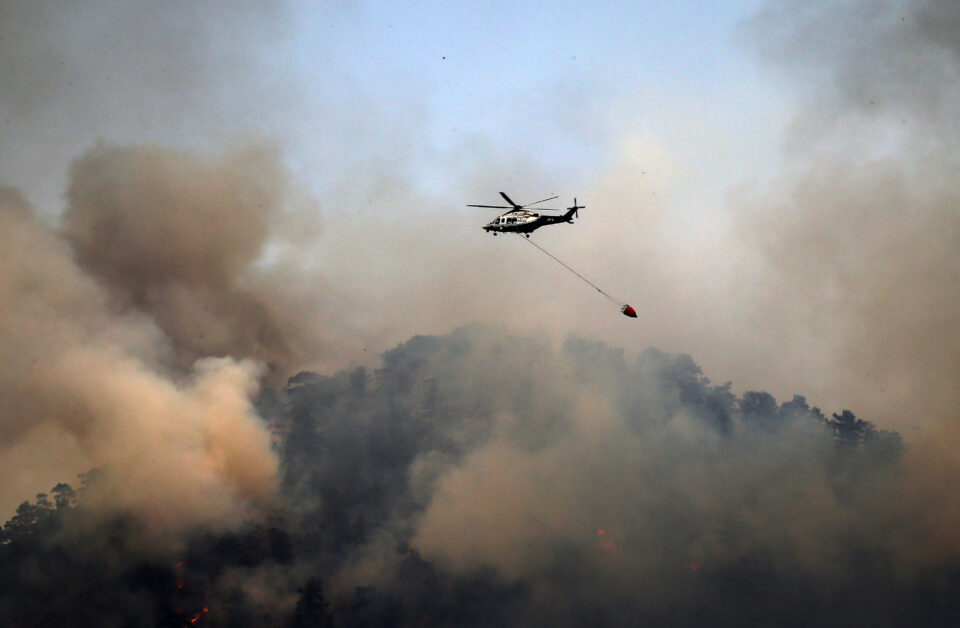 Firefighting efforts during the 2016 Solea fires

The threat of forest fires in Cyprus is exacerbated by rural depopulation and climate change, while the nation lacks a comprehensive strategic plan to prevent such blazes, the audit office stated on Wednesday.

It released a report which identified key weaknesses despite progress having been made since the “catastrophic” blazes in Solea Valley back in 2016.

The office urged that three key fragilities it has identified could be addressed if a strategic plan is devised.

The first is that the forestry department cannot legally implement prevention measures within the two-kilometre zone from a forest’s boundary line.

Despite being responsible for that area, there are many communities which lie within that zone with most of the fields being privately owned.

The necessary preventative measures, as outlined by the forestry department, would clash with articles 16 and 23 of the constitution which ensure the inviolability of the residence and the right of ownership.

The audit office further stated that proposals to tweak the legislation were sent to parliament but have languished for years – meaning that the forestry department cannot enact crucial measures.

The second key issue identified by the office was that recommendations put forth by the independent commission – established in 2016, following the Solea fire – have not yet been adopted, despite various committees approving the proposals.

The office emphasised that upgrades and renewal of core equipment for the forestry department were amongst the recommendations. As a result, the department is burdened with outdated gear – it did not specify what – which hampers its effectiveness.

The third, and perhaps most surprising factor identified by the office, is that the state has not bolstered its firefighting aircraft fleet.

It stated that the firefighting service is lacking the necessary means and personnel to adequately cover its missions, instead being forced to purchase the services elsewhere at a very high cost.

While the office did not elaborate as to where these services – personnel and firefighting aircraft – are loaned from, it said that if Cyprus were to purchase more of its own, the firefighting exercises would be carried out it in a far more economically sustainable manner.

It added that the National Recovery and Resilience plan – funded by the EU – allocates €19m for the protection of forests.

The audit office concluded its report in arguing that the state should view the prevention of forest fires as a priority of public safety.

The blazes, they said, threaten not only the natural ecosystem and its biodiversity, but also can cause lead to the loss of life and “huge” economic harm to both the public and private sectors.