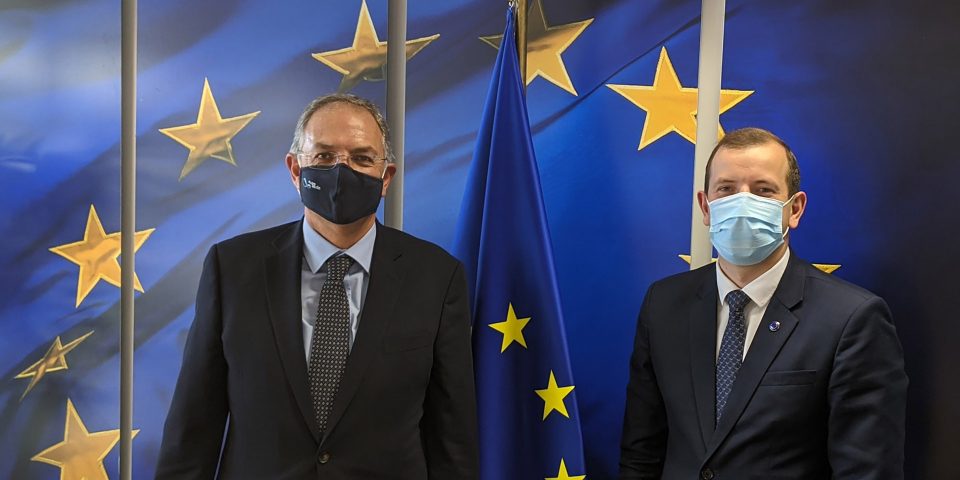 The Minister of Agriculture Costas Kadis said that the Department for the Environment is applying great efforts to inform all stakeholders about the LIFE programme in order to maximise Cyprus’ fund absorption.

The LIFE programme, for which the Department for the Environment is the national point of contact in Cyprus, is the European Union’s funding instrument for environmental and climate-related actions.

“The LIFE programme has been an essential part of the European Union’s environmental and climate policy since 1992, as it funds value-added projects for Member States, as well as actions that contribute to the implementation, modernisation and development of European environmental and climate policy and legislation,” Kadis said during an event organised to inform all relevant stakeholders on Wednesday.

The minister said that Cyprus has been participating in the programme since its inception in 1992, through both national and transnational projects, and has achieved significant success in a number of areas.

These include the protection and management of endangered species and habitats, the promotion of sustainable development, the development of technologies to reduce pollution, waste management, the implementation of actions to adapt to climate change, natural resource management, as well as in terms of increasing awareness of climate-related issues among Cypriots.

Stavrolia Estates Ltd, whose director is Panagiotis Tsokkos, has filed an application for a public hearing with the public council for derogations, asking to reexamine its request for a building modification permit in Ayia Napa.

The company states that their wish is to add to the existing development, while also changing the use of managed apartments in the hotel (Stavrolia), so that its capacity rises to 106 rooms in total, with the number of beds increasing to 212 overall.

The public hearing aims to open a line of communication among stakeholders, allowing an exchange of ideas and consultations in a transparent way.

The public hearing has been scheduled to take place on December 3, 2021, at the Atlantica Aeneas hotel in Ayia Napa.

The Ministry of Energy, Commerce and Industry issued a statement on Wednesday reminding retailers that the transitional period during which the right to dispose of an old stock of electrical appliances with the old energy labelling is allowed ends on November 30.

From December 1, the ministry said, retailers are required to apply the new EU energy label to their old stock, which came into force on the first of March earlier this year.

The new European Union energy labels come with a scannable QR code which allows consumers to quickly navigate to the EU’s product database for additional information.

The main Cyprus Stock Market Index was at 67.70 points by 13:32 during the day, reflecting a drop of 0.06 per cent over the previous day.

In terms of sub-indexes, the main index rose by 0.09 per cent, while the hotel, alternative and investment firm indexes fell by 0.31 per cent, 0.02 per cent and 0.48 per cent respectively.