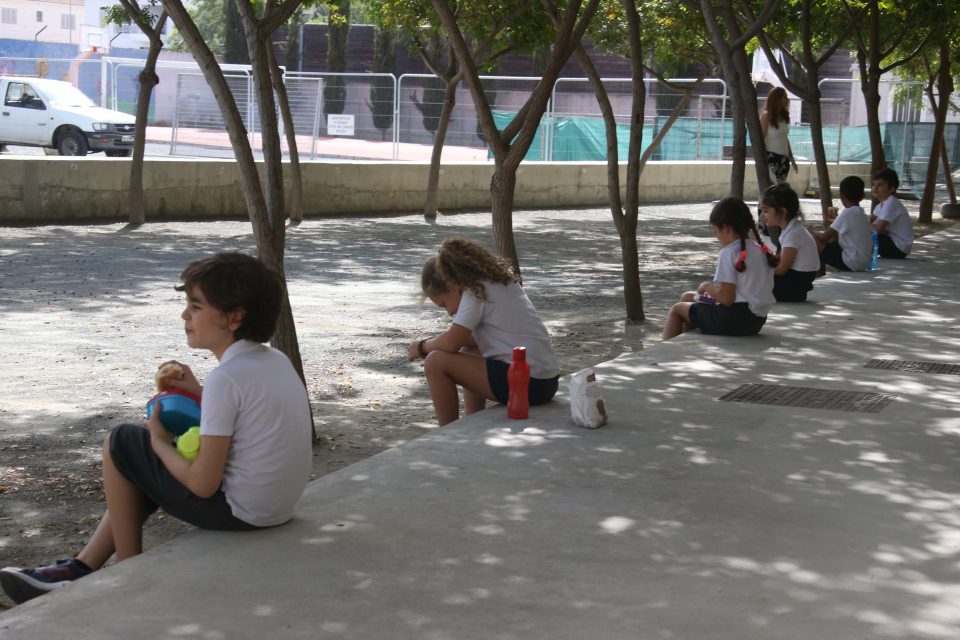 Parents said on Thursday they are against the government decision to mandate the use of facemasks for children aged six and above although they support increased rapid testing at schools, while various other sections of the population protested the new measures to fight the spread of Covid.

It is unfair to consider primary school students responsible for the spread of the virus in the community, chairman of the Pancyprian confederation of parent associations Soteris Christofi told the Cyprus News Agency, the day after the announcement of stricter measures aimed at stopping the surge of the virus.

He said the confederation opposes the decisions for children in primary schools despite concerns for the epidemiological situation.

Instead, Christofi called on the state to expand the mobile testing units to smaller schools.

“We have been urging parents for some time to give their consent for their children to be tested,” he said, to have a “clear picture” of the number of cases in schools.

This will help prevent the spread and keep the schools open, he added.

Meanwhile, a group called United Parents held two demonstrations on Thursday, one outside the district office of the ministry in Limassol at 9am and a second outside the education ministry in Nicosia at 10.30am.

Demonstrators, including children, held images of saints and banners against child abuse and the totalitarianism of the state. They announced they will return in protest on Monday, keeping their kids from school, if their demands are not met.

On Wednesday, the minister announced the extension of the mask mandate and SafePass to children aged six and above starting November 29.

The SafePass for these children would need either a certificate of recovery from the virus in the past six months, or a negative test not older than seven days.

The new measures were announced as coronavirus cases in schools tripled in the last few days according to the health ministry.

Head of primary education Marios Stylianides told state radio that cases in schools were “much higher” than those announced as part of the daily cases by the health ministry, since many children were tested privately at pharmacies and labs.

Stylianides said as of Monday, testing units will operate in 330 primary schools, in line with a health ministry decision.

Speaking on CyBC, head of the paediatric society Michalis Anastasiades said paediatricians have received complaints from parents regarding the use of face masks and testing of children, however, he added that kids “adapt easily to changes”.

At the same time, they must be closely monitored for the proper use of face masks.

Parents, educators and paediatricians must help in showing children how to wear and handle their face masks, he said.

Covid vaccinations in Athienou on Saturday