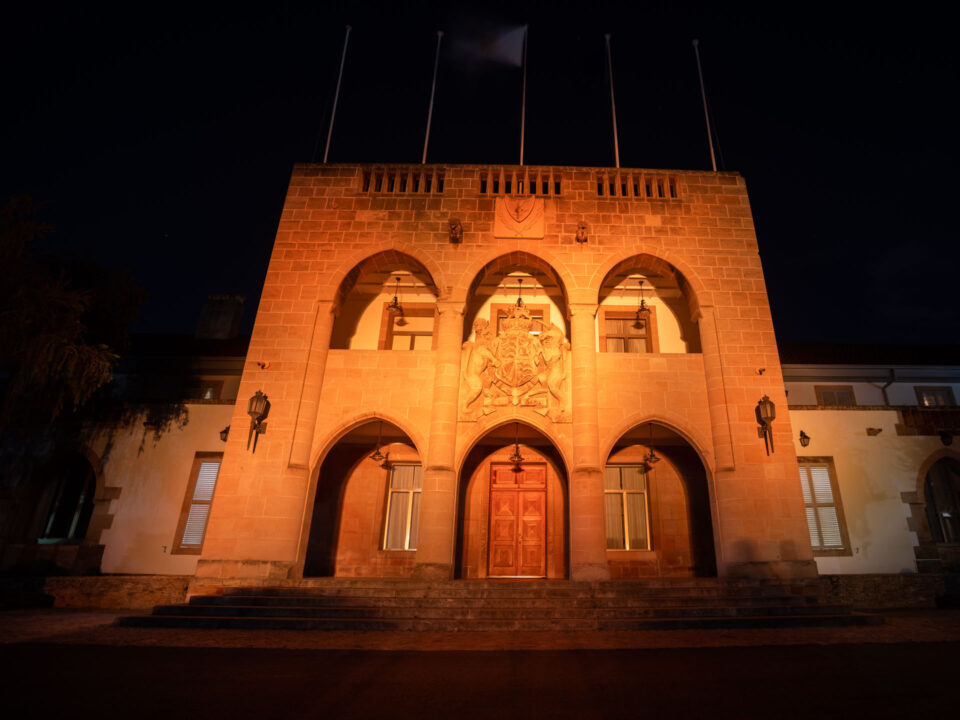 The presidential palace lit up orange on Thursday night

Violence against women and girls is another pandemic that violates human rights and widens gender inequality and discrimination, Gender Equality Commissioner Iosifina Antoniou said on Thursday.

One in three women and girls have been physically or sexually abused, most by someone close to them, the commissioner said in her statement to mark the international day for the elimination of violence against women 2021, citing data from research studies.

At the same time, only one in 10 women said that victims would go to the police for help.

And that was before the pandemic, during which all forms of violence against females, especially domestic abuse, have intensified as the world was not prepared to respond to this sudden escalation, Antoniou said.

In Cyprus, police data revealed a 30 per cent increase in complaints related to gender-based violence this year in relation to the respective period in 2020.

Meanwhile, the new Home for women provided assistance to 341 women and 18 children who were abused since the beginning of its operation in December last year, President Nicos Anastasiades posted on social media early on Thursday.

A new United Nations report on women, based on research data from 13 countries, shows that Covid-19 has eroded women’s sense of security, both at home and in public, with significant negative effects on mental and emotional well-being, she added.

“We all have an important role to play in eliminating and combating this phenomenon,” Antoniou said.

Police also issued a statement to mark the day, saying this should be a reminder for the “obvious” to respect women.

This year’s message under the title Orange the World: End Violence against Women Now focuses on the urgent need for action, the commissioner said. “Orange is a colour that represents a brighter future without violence against women and girls.”

The convention is considered “the first legally binding instrument in the world, which creates a comprehensive legal framework for the prevention of all forms of violence against women, the protection of victims of gender and domestic violence and the end of impunity for perpetrators,” Antoniou explained.

It also attributes the issue of violence to gender inequality and lack of respect for the human rights and dignity of women, she added.

In line with the Istanbul Convention, the law on harassment and stalking as well as the law on combating sexism, including online sexism, were voted in April “to close the gaps in our legal framework”.

“In the new national action plan for equality between men and women 2019-2023, one of the seven main priority goals is the fight against gender-based violence and full compliance with the provisions of the Istanbul convention.

However, laws alone cannot combat violence against women and girls, as a collaboration of the state, competent bodies and society in general is needed to create a safe environment for all females to live without fear, the commissioner added.