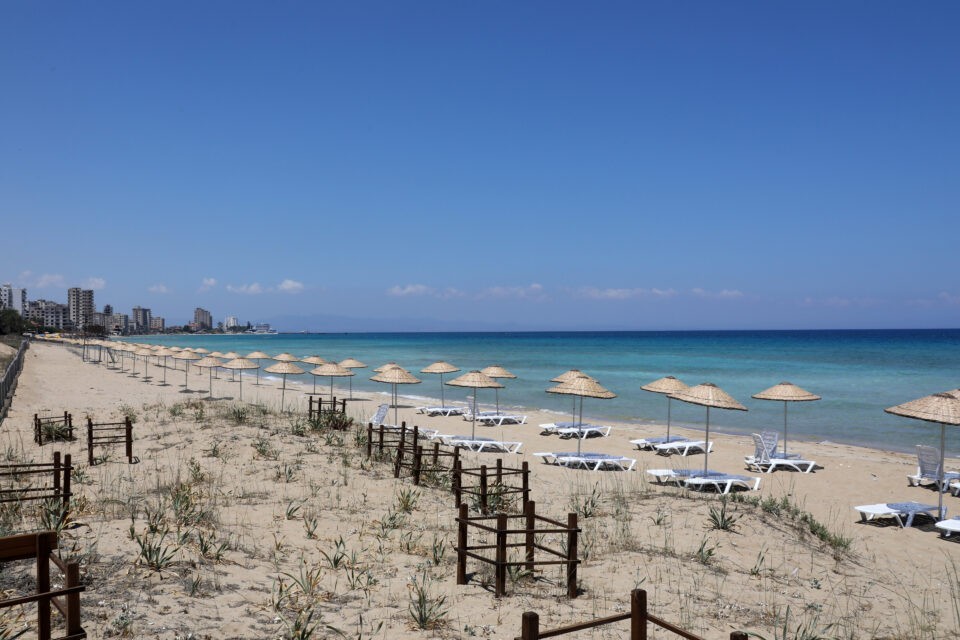 Before saying anything else, I wish to emphatically state that my goal and intention is to strengthen the standing of the president of the Republic by highlighting, in a constructive manner, the need to immediately address the great problem which confronts Cyprus, namely the continuing occupation of a third of the country by a foreign power.

The years which followed the Greek coup d’état and the Turkish invasion of 1974 was a period during which Cyprus had a moral advantage as a result of the vast majority of the Cypriot people while not at fault suffered the consequences of a war, many of them becoming refugees in their own country and quite a few suffering the pain of losing loved ones. At that time, we had the sympathy of international opinion and, in particular, the sympathy of international organisations and of most of the world’s governments. This sympathetic climate induced many foreigners to show an interest in helping Cyprus to overcome the problems that had arisen. Unfortunately, these efforts failed to bear fruit.

A series of acts of commission and omission on the part of the Greek Cypriot leadership led to the reversal of this positive climate, thus enabling Turkey to shed its responsibilities for what had happened and, in the end, secure praise from the United Nations on its stance during the last attempt to resolve the Cyprus problem, at Crans Montana.

That the international community has reservations about the intentions of the Greek Cypriot leadership is indisputable. All the messages received from abroad confirm this fact. Whether this impression of the international community is correct or not is irrelevant when it comes to confronting the problem, save the case where this impression has been formed by the mishandlings of the Greek Cypriot leadership. In such a case, it is imperative to revisit and revise the practices followed to reverse these impressions and thus lead ourselves out of the impasse we are currently in.

The consistently followed practice – by both the government and the opposition – has been to exclusively blame Turkey’s intransigence for the stagnation of the Cyprus problem – a stand that embodies an inherent contradiction. A similar inherent contradiction is embedded in our insistence on relying on the United Nations for resolving the Cyprus problem and, at the same time, blaming the officials of this organisation for failing to help us resolve the problem, either as a result of their bias against us or because of their inability to impose implementation of their resolutions on those who refuse to respect these decisions. Glaring examples of such instances are the case of the fenced-off part of Famagusta and the non-withdrawal of the foreign troops stationed in Cyprus.

After 47 years of occupation of a third of Cyprus by Turkey, should we not question the effectiveness of the line followed in seeking to terminate this unacceptable state of affairs? That Turkey has followed, is following and will follow in the future practices that aim at serving her interests (as she perceives and evaluates them) is it not perfectly normal? That international organisations are confronted with conflicting interests that they are trying to reconcile, resulting in limiting their influence and their ability to impose their decisions is well known. The irony is that in the case of the UN, we ourselves have undermined the ability of this organisation to impose its views by persistently refusing to accept any form of arbitration.

In the end what do we have? We have the seven stages of grief: disbelief, denial, bargaining, guilt, anger, depression and acceptance/hope. Plus lots of wishful thinking whenever we attempt to predict the future. And that’s where our patriotism is exhausted, save the case of the few whose efforts are focused on the accumulation of wealth outside Cyprus, “just in case”.

A typical example of the lack of a clear vision of a reunited Cyprus was the proposal for a decentralised federation. This proposal was tabled shortly after the collapse reunification talks in Crans Montana, at about the same time when the idea of a two-state solution was first discussed.

An attempt to clarify this concept was recently made (in the form of questions and answers that were provided by the Greek Cypriot leadership). This proposal clarifies and confirms that the so called “remnants of power” (i.e. whatever competences are not explicitly dealt with) will automatically be deemed to have been assigned to the constituent states. Then, a somewhat vague reference is made to certain competences, which have tentatively been agreed as belonging to the federal government, could be transferred to the constituent states.

The presidential proposal also refers to the setting up of “three-member coordination bodies” (one of which will be appointed by the federal government and the other two by each of the constituent states, without specifying how this system will work).

It clearly transpires from the published elements of the proposed decentralised federation that the proposal contains too many ambiguities which, combined with the complexity of the system, are very likely to lead to dead-end situations, similar to those that caused the controversies and the conflicts that marked the infancy of the Republic of Cyprus.

The presidential proposal for a decentralised federation was submitted some time ago to the United Nations, the European Commission and the United Kingdom “for study”. Should it have also been sent to the leaders of the Turkish Cypriot community? And why should it not have been made available to the public at large? In any event, it would be interesting to learn what the reaction of the recipients of the proposal have been. The entitlement of civil society to participate in the governance of the country cannot be exercised effectively without a system of systematically and objectively briefing the citizens on all matters that they will be called upon to take a stand. The possibility of suddenly calling the citizens to take a stand on a simple “yes” or “no” question in a referendum, as has happened in the past, is a frightening form democratic parody.