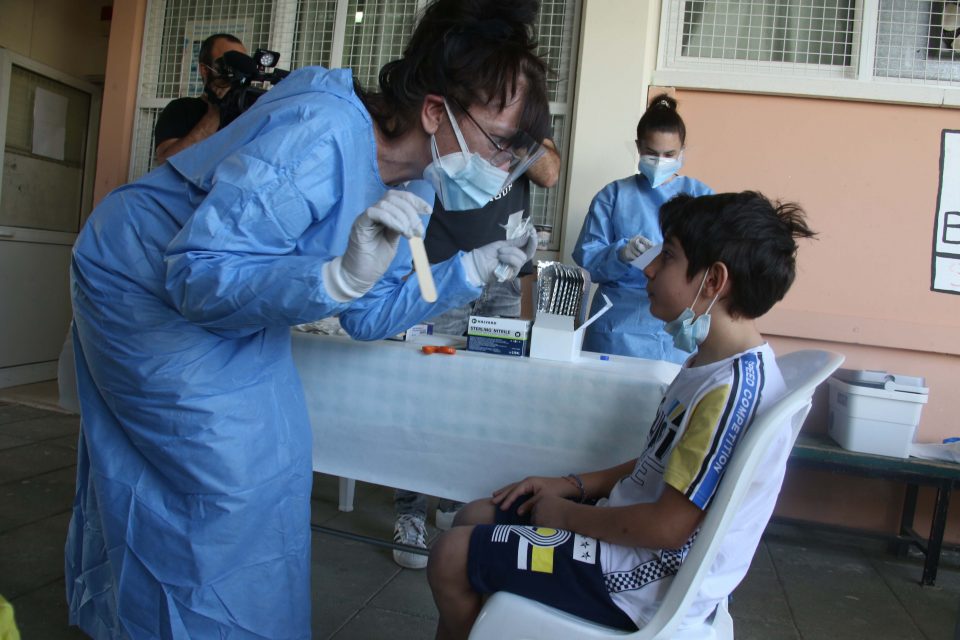 The education ministry on Sunday announced that schools will operate normally next week, following reports about the decision of parents to keep their children from school for one period on Monday to protest the new Covid measures.

Meanwhile, experts have expressed agreement with the new measures that provide for children aged 6 and older to wear a face mask and undergo a weekly coronavirus test.

The decision to abstain from one teaching period on Monday morning was taken by the Pancyprian confederation of parent associations local media reported, prior to an emergency meeting on the afternoon in relation to the new measures.

Other parent associations have called on for different actions, including protests and for parents to keep their children from school the whole day on Monday.

On Sunday afternoon, organised parents gathered at the square of Paphos town hall to protest the measures, that they said affect their children’s education.

The education minister is reportedly expected to bring the issue to cabinet.

However, the use of face masks is considered necessary to keep schools open, which is preferred at this time, Health Minister Michalis Hadjipantelas reiterated on Monday.

Meanwhile, Paediatrics chief at Makarios children’s hospital Avraam Elia on Sunday said that the use of face masks is the “second most effective weapon” after the vaccine against the pandemic.

“I want to scientifically assure them [parents] that there is absolutely no indication against the proper use of the mask in primary school children,” Elia said in a Facebook post.

He added the measure is “perfectly justified” especially following the surge in coronavirus cases at schools.

“I would expect organised parents to demand even stricter measures to try and keep schools open and not closed for a third year in a row, with all the dramatic consequences,” Elia said.

Parents should urge their kids to abide by the measures and not to rebel and disobey them, he added and expressed hope that the association will reconsider its decision to keep children from school on Monday.

“I want to believe that the vast majority of parents teach their children the concept of responsibility, seriousness and solidarity,” he added.

Earlier this week, Child Commissioner Despo Michalidou said that achieving the objective of keeping schools open and safe requires appropriate measures, “adjusted to the epidemiological data”, and called on parents to trust their children’s ability to adjust.

The new measures were announced on Wednesday, expanding, among others, the mask mandate and SafePass to children aged six and above starting November 29.

The SafePass for these children would need either a certificate of recovery from the virus in the past six months, or a negative test not older than seven days. The tests can be carried out at free mobile units operating at schools and other locations by the health ministry, as well as authorised private pharmacies and labs.