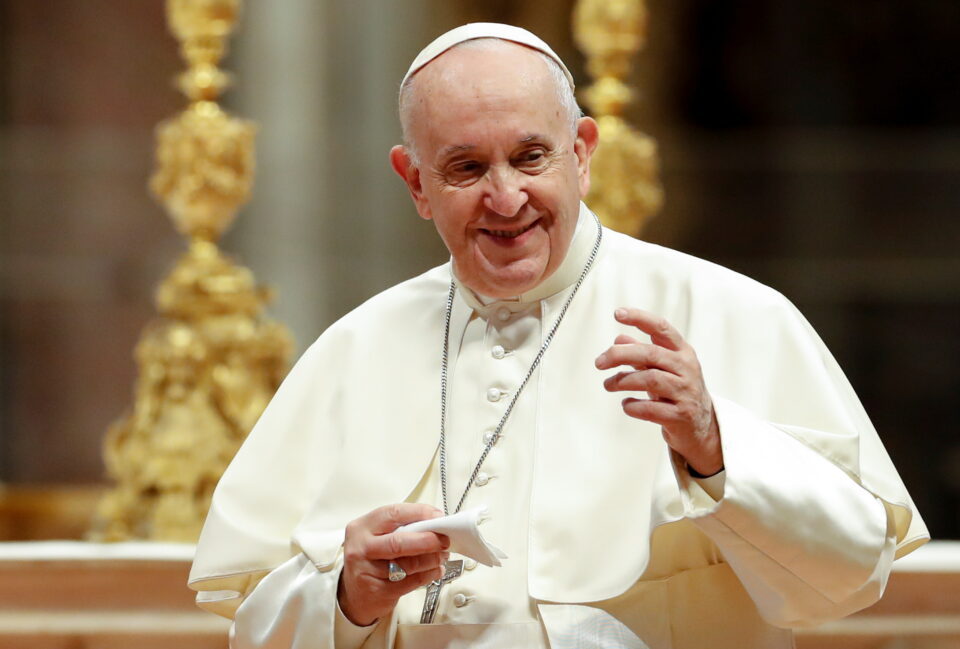 Pope Francis’ historic visit to Cyprus next week has sparked a general feeling of joy and expectation among the Catholic community.

With the last two years plagued by the burden of the Covid-19 pandemic, the much-anticipated arrival of the pontiff will, according to many, represent a breath of fresh air and a much-needed moment of rejoicing in a world that no longer resembles the one everyone was used to.

In addition to the historic Latin community which dates back centuries, one group in particular is anxiously looking forward to the pope’s visit. The Philippines is one of the nations in Asia with the largest portion of the population professing the Catholic faith and has the third largest Catholic population in the world after Brazil and Mexico.

Ester Beatty, the chairperson of the Federation of Filipino Organisations in Cyprus for the past 25 years, spoke to the Sunday Mail about what the visit represents to her community.

“We feel incredibly blessed,” she said. “Cyprus is a small country, but the number of Filipinos living here is huge and to be able to see two popes –Pope Benedict XVI in June 2010, and now Pope Francis – is extraordinary,” she said.

Affectionately called ate or mamu, which means elder sister or elder mother, by fellow Filipinos in the community, Ester is a true point of reference for everyone in the island.

“My Sundays normally start around 8am and finish at 7.30pm. Sometimes I walk as many as 27,000 steps. I start with a mass at the Holy Cross church in Nicosia and then just go through the old town, visiting various places and meeting people.

“I know and love my community and I can sense their feeling of joy, gratitude and anticipation for the papal visit. It means the world to us all.”

Ester, who will sing in her church’s choir for the pope at two different events, also called on the employers of Filipinos to let them have at least a day off during the visit.

“I’m sure they will understand what having Pope Francis here in our country means to us. A day off for such an event is not only a human gesture, but also the right thing to do.”

Pope Francis will arrive in Cyprus on December 2. On the same day, he will meet with priests, deacons, catechists, and members of church associations present in Cyprus at the Maronite Cathedral of Our Lady of Grace in Nicosia, before meeting President Anastasiades at the Presidential Palace.

The following day he will also meet Archbishop Chrysostomos II, followed by a meeting with the Holy Synod. Later in the morning he will preside over a mass at GSP Stadium in Nicosia and finish off the visit with an ecumenical prayer with migrants at the Catholic Church of the Holy Cross in Nicosia.

“Knowing that Pope Francis will be in contact with different branches of Christianity and not just with the Catholic one fills me with joy, it sends an incredibly important message to us all,” said father Jerzy Kraj, patriarchal vicar for Cyprus of the Latin Patriarchate of Jerusalem, who lives in Cyprus.

“The news of the pope’s trip to Cyprus was a surprise for me and for all. We honestly didn’t expect that after Benedict XVI’s trip in 2010, another pope would come to the island.

“But this says a lot about Pope Francis, a pope that has made visits to the ‘peripheries’ of the world, his trademark, which tells us a lot about his humanity,” Father Kraj said.

Father Kraj also praised the pope’s choice to speak to migrants, noting his attentiveness of the issues faced by “a category of people who really know what suffering means”.

“Many migrants from Africa are Catholics and frequent our church. The visit means a lot to them, especially after they went through so much in their lives. The ones I know are looking forward to the mass at GSP stadium, which we want to turn into an open-air cathedral on the day,” Father Kraj said.

Pope Francis’ choice of meeting the representatives of the Maronite Church in Cyprus has not gone unnoticed among the community, according to Maronite Father Ibrahim Khita, who is in charge of the liturgical committee for the GSP stadium mass.

“Over 200 people are currently helping us prepare for the mass,” he said. “The choir will consist of 110 people from both the Maronite and Latin Catholic parishes of Cyprus. We are very excited over this historical event.

“Young people really need a message of hope, especially the Lebanese, who have suffered and are still suffering over the situation in their country. We hope that the pope will also visit Lebanon soon,” Father Khita said.

It is not just the faithful who are eagerly anticipating Pope Francis’ visit. A significant number of his fellow Argentinians are stationed here with Unficyp and are looking forward to the chance of seeing their famous compatriot.

“I cannot say I’m religious, but I would lie if I told you I’m not excited over the visit,” Gonzalo Rojo, an Argentinian engineer living and working in Cyprus told the Sunday Mail.

“I don’t know a lot about religion, but I personally like Pope Francis for his humanity, he seems like an extremely decent person, which is what people look for in a pope, I believe.

“He is also a great ambassador for our country, he makes us famous, just like Diego Maradona and Lionel Messi did and still do,” he said.

“It might sound sacrilegious to compare the pope to footballers, but I know he loves football and would not at all be offended by what I just said!”

Those who want to attend the GSP stadium mass should go to https://www.cypruspapalvisit.info/.