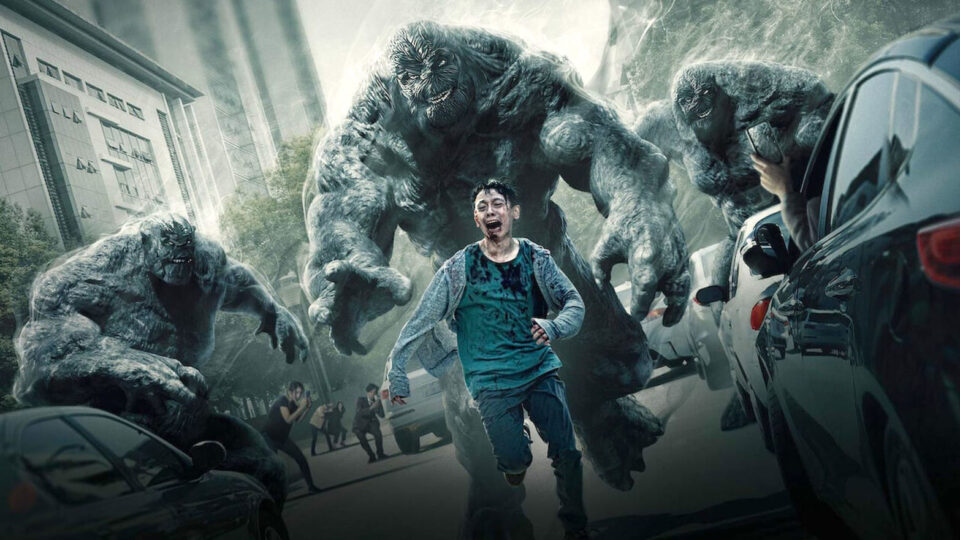 The South Koreans are at it again. Netflix struck gold by expanding into the South Korean movie industry as the country is a gift that keeps on giving! Following the massive global success of The Squid Game, another smash hit has emerged from the neon horizon of Seoul: Hellbound, a gory, violent, metaphysical horror story from creator Yeon Sang-ho, the man behind the zombie flick hit The Train to Busan.

Hellbound is only about monsters on the outside, as the real antagonists are cults, charismatic leaders and blind followers. Jumping off that board, here’s a selection of cult horror suggestions to stream!

Mike Flanagan is slowly becoming the king of the isolated location horror genre. Following Hush and Haunting of Hill House, Flanagan takes on a journey to an isolated island community whose pastor fails to return from a pilgrimage to Jerusalem. Instead, a young firebrand priest arrives with a horrible secret – literally – packed away. The young priest’s revelations will turn the small community from a god-fearing congregation to a horrible cult able to carry through the most heinous acts.

Midnight Mass is a limited Netflix series that was met with great success when it came out earlier this year. It blends religious horror with the fear of isolation beautifully, resulting a highly bingeable series that delivers on its promise.

I mean, a list on cultist horror series/films could not be complete with at least one entry about a rural community that worships a pagan god. At this point it’s a contractual requirement. Our selection is Apostle, the story of a man who tries to save his kidnapped sister from the clutches of a deranged Welsh cult. Thomas infiltrates the cult but soon finds himself in the middle of unspeakable horror. Be warned: this is not a movie for the faint of heart. This is Netflix that is violent, bloody and extra gory. Proceed with caution. And a crucifix, just to be safe.

Sure, scary cults are fun but there is nothing fun about actual scary cults. Netflix has an abundance of cult-related documentaries, from the scientology-themed Going Clear to the eastern mysticism craze of Wild Wild Country. Much like an actual cult, when you enter the world of these documentaries is extremely hard to get out. Children of God tells the harrowing tale of a cult that encouraged child sexual abuse – actors Joaquin Phoenix and Rose McGowan were born in that cult – while One Of Us gives a glimpse of the life of Hasidic Jews. There is truly a large number of selections, just pick your poison.

Starting off as an online cartoon, Hellbound is the newest Netflix entry from South Korea and boy is this a scary one. Sinners are being told by an angel (not one that I would ever like to meet) that they will die at a certain point in time in the future and they are bound for Hell. Once that time comes, three hulking, grey figures materialise out of nowhere and hunt down the victim, eventually killing him/her.

I cannot possibly stress how violent and gory this series is. The hulking figures beat their victims to a pulp, toss them around like dolls, run them through windows, stomp on them, disembowel them and finally incinerate them.

That’s the first five minutes of the series.

But these mysterious punishments bring to the forefront a mysterious cult called ‘The New Truth’, as well as a paranoid, more militant one called ‘The Arrowhead’. How the cults connect to the creatures is for you to discover!