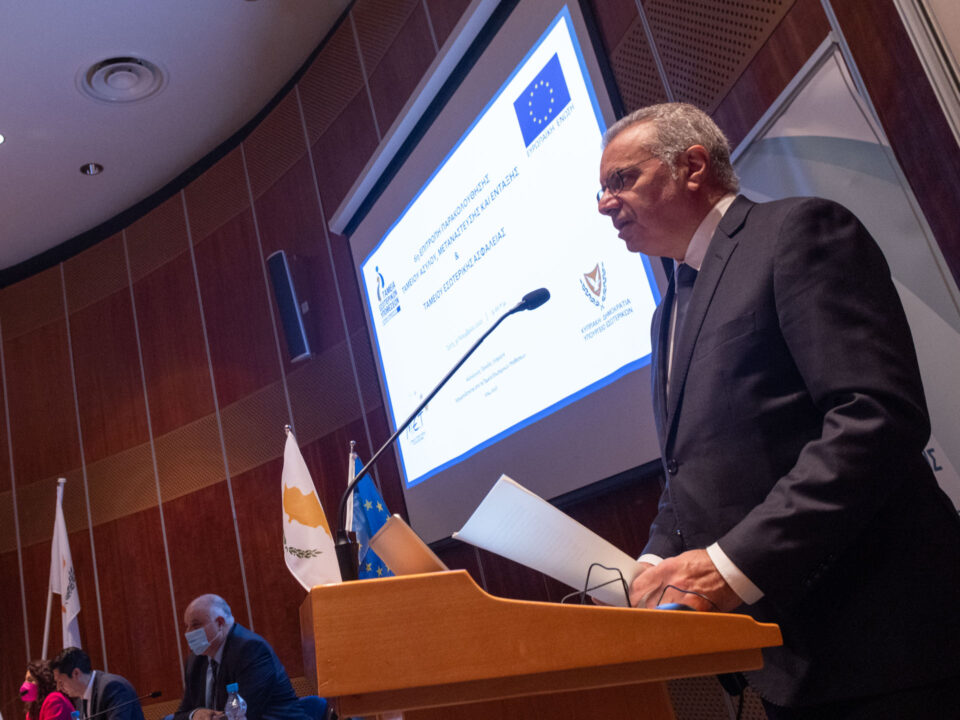 A total of 10,868 asylum applications had been submitted in Cyprus from the beginning of the year until the first week of November, the interior ministry said on Tuesday.

In addition, of the 48,357 applications for international protection made since 2015, some 23,474 have been filed by people from countries deemed ‘safe’.

The figures were released by Interior Minister Nicos Nouris during the EU’s sixth annual monitoring committee of internal affairs.

The main request was the adoption of temporary measures for Cyprus to deal with the emergency situation caused by the massive influx of migrants, such as the right to suspend new asylum applications until the situation becomes manageable.

Other requests included in the letter were the immediate establishment of a mandatory relocation scheme for Cyprus, an emergency financial assistance plan to cover the operational costs of reception centres and the surveillance of the Green Line, and additional funds to build a new centre for migrants.

Nouris stressed that the island is currently facing an unusually large migratory flow, adding that the situation is getting worse by the day.

“For the fifth consecutive year, Cyprus is the country receiving the highest number of applications for asylum and international protection in proportion to the population, an amount corresponding to 4.4 per cent of the country’s population,” he said.

“The situation has now reached a point that beyond the capacity of the government to control or manage.”

According to Nouris, 85 per cent of the 10,868 asylum applications filed since the beginning of 2021 were submitted by people who crossed illegally into Cyprus through the Green Line.

“On average, we have received over 1,000 asylum applications every month this year, with the exception of October, when the number rose to 2,000, and November, when we recorded over 1,600.

“Moreover, the number of applications throughout the year surpassed last year’s figures by 70 per cent.

“Even more indicative of the grave position in which Cyprus finds itself is the fact that of the 48,357 people who have applied for international protection from 2015 up to now, half of them come from safe countries, which does not justify their requests,” Nouris said.

Furthermore, the minister sounded the alarm over the reception centres on the island, saying “they have long exceeded their limits.”

There are over 2,400 people currently housed in the Pournara reception centre in Kokkinotrimithia, which was designed to host a maximum of 800.

“Cyprus is in a state of emergency, there is absolutely no possibility of accommodating more migrants.

“But as much as we have an obligation as a state to welcome and protect those who are truly in need, we must protect our external borders, our security and our social cohesion. It is precisely for this reason that we are asking for the immediate support and real solidarity of the European Commission and our partners,” he added.

In addition to that, over €10m was granted to Cyprus by the European Commission as emergency assistance, which was used to cover the needs of the Pournara reception centre, as well as for the reinforcement of the Asylum Service and the staffing needs of the migration registry to speed up asylum application requests.

Nouris added that from 2021 to 2027, Cyprus will be allocated around €133m by the EU, saying this amount was a positive.

“I am sure that the EU recognises the work done by our country when it comes to the migratory influx to the continent, as well as the difficulties and risks we face.

“I hope that it will stand by our efforts to safeguard the European borders,” he concluded.