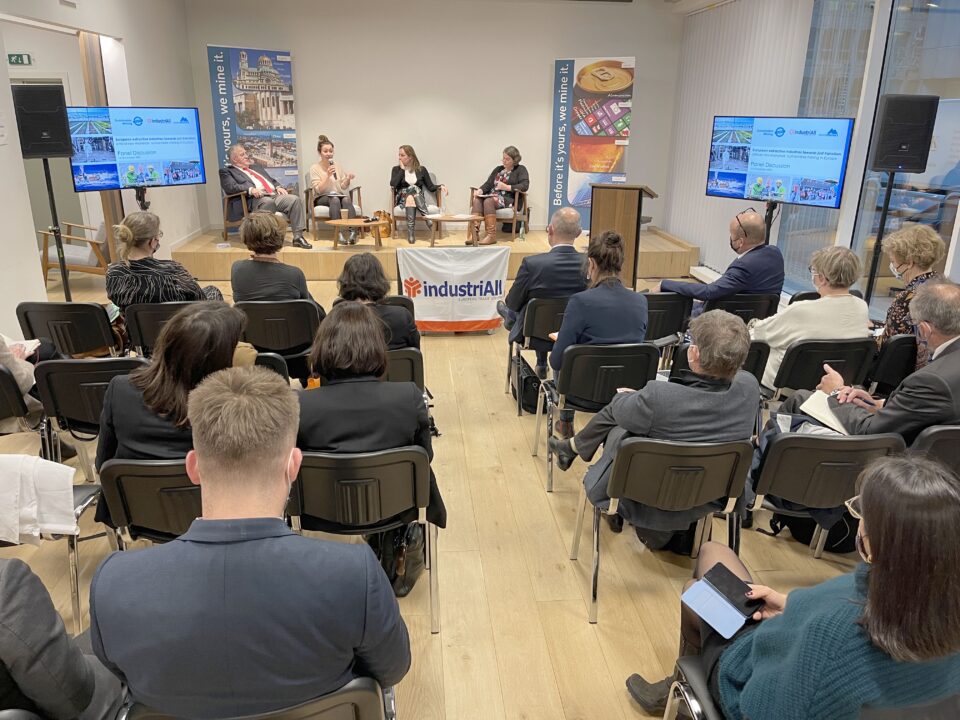 The mining sector has a key role to play as the world transitions to a greener, low-carbon future, Euromines president and Venus Minerals’ chairman Mark Rachovides said during a panel discussion held within the framework of the European Union’s Raw Materials Week.

The EU Raw Materials Week took place between November 15 and November 19 in the form of hybrid and online events, gathering an array of stakeholders to examine policies and initiatives in the field of raw materials.

The panel discussion in which Rachovides participated was titled ‘European extractive industries towards just transition: critical raw materials’ sustainable mining in Europe’ and aimed to outline the risks and challenges in sourcing sustainable raw materials required to implement the EU’s Green New Deal.

Rachovides, as the president of the European Association of Mining Industries (Euromines), said that relevant stakeholders must be better involved during both policy-making and decision-making processes.

“The industry needs to own its heritage, but we also need to own our future,” Rachovides said.

“To achieve this, we need to hold hands with all stakeholders,” he added, referencing local communities where mining projects take place, trade unions, as well as all EU member state governments.

Rachovides also emphasised that the mining sector has made great strides in terms of incorporating sustainable practices into the way it operates but said that the industry has not done the best of jobs when it comes to communicating this progress to the wider public.

The panel discussion also involved the participation of MEP Hildegard Bentele, Judith Kirton-Darling from the European Trade Union, as well as Julia Poliscanova from Transport and Environment, a European NGO campaigning for cleaner transport.

“During the discussion, the participants argued that critical raw materials are essential in achieving the ambitious goals of the Green New Deal, highlighting that the volume needed should not be undermined,” a press release on the discussion said, adding that there is an urgent need for the EU to reduce its dependence on third countries for minerals and metals.

The panel also examined the various ways in which the mining industry can gain political support and acceptance from the public.

Venus Minerals, a company Rachovides leads as chairman, is based in Cyprus and focuses on the exploration and development of copper-gold assets.

“Venus Minerals is at the forefront of the re-emergence of Cyprus’ long and esteemed mining history, with the company currently developing a portfolio of projects in the Troodos region, while being involved in the development of Cyprus’ first new copper mine since the early 1990s,” Venus Minerals said in a statement.

In October of this year, a series of exploratory drilling at Kokkinoyia, a mining area near Mitsero in the Nicosia district, led to the confirmation of gold deposits in all drill holes, identifying the deposits as a mixture of copper, gold and zinc.

The exploratory drilling at Kokkinoyia is part of the Magellan Project and was by Venus Minerals.