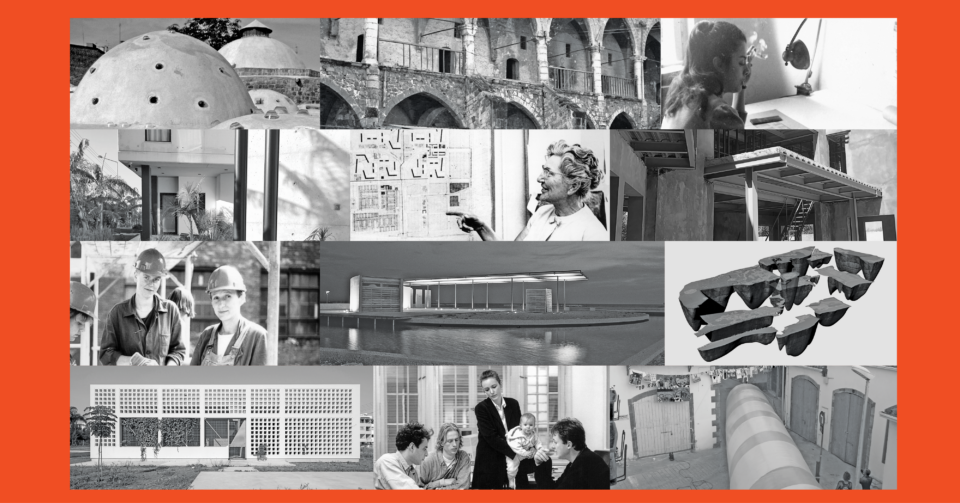 Women in architecture. This is the focus of an exhibition coming to Goethe-Institut Cyprus this month, paying tribute to their role across 100 years. The Frau Architekt exhibition examines the history of women in architecture in Germany and Cyprus over the last century, through the example of 33 female architects.

The exhibition, which was first presented at the Deutsches Architekturmuseum in Frankfurt, has been expanded with the addition of Cypriot portraits curated by Teresa Tourvas and Müge Riza. Frau Architekt will be on show at the event hall of the Goethe-Institut from December 7 until February 5.

The history of architecture of the last 100 years is also a history of women architects. The exhibition examines the achievements of women in the field of architecture in Germany and Cyprus, their everyday reality and their struggle to establish equal professional opportunities. It explores the thematic through 33 portraits – 22 from Germany and 11 from Cyprus – with examples of projects and personal stories of women who have influenced and are still significantly influencing architecture.

“Starting from the generation of a few pioneering women,” say organisers, “who at the beginning of the 20th century broke taboos about male-dominated professions, we reach the present day and a new generation of women who are developing important architectural work in their countries and abroad. While women architects have had a significant impact on the world in which they lived, architectural historiography has largely ignored their efforts. This exhibition is part of a recent larger international initiative to revise contemporary architectural history to more fairly reflect the contributions of women.”

The exhibition begins with German pioneering women who began to study architecture around 1900 and then tried to establish themselves in this profession. It concludes with building in the post-reunification period, in Berlin as well as in the new Federal States, that is, the former East Germany.

The Cypriot contribution to Frau Architekt presents the portraits of six Greek Cypriots and five Turkish Cypriots through their individual and collaborative works, which range from designed and realised projects, to academia, activism, social engagement, entrepreneurship, sustainability, urbanism and preservation. The exhibition serves as a great opportunity to present for the first time the portrait Maro Efthymiades-Adjini (1937-1997), the first known Cypriot female architect.

Exhibition examines the history of the presence of women in the profession of architecture in Germany and Cyprus over the last 100 years. December 7-February 5. Goethe-Institut Cyprus, Nicosia. Opening night: 7pm. Wednesday-Friday: 2pm-7pm. Saturday: 10am-2pm. Tel: 22-674606