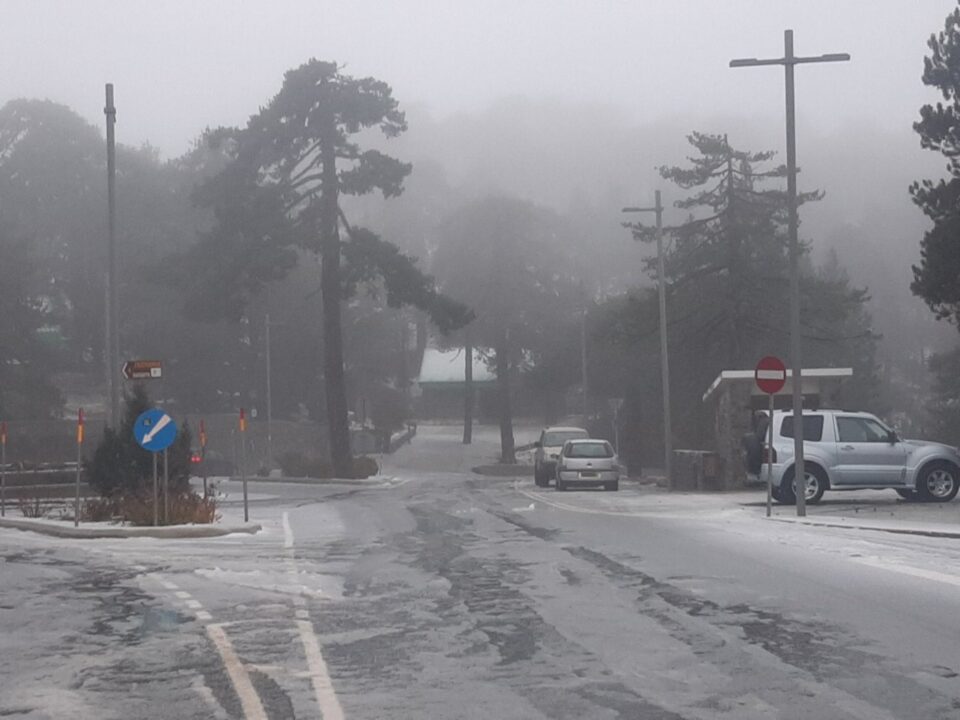 The fire service responded to more than 15 calls on Wednesday for flooding of buildings in most cases, due to the storms that affected the island.

Torrential rain and snow in higher mountainous areas were the weather pattern on Tuesday evening and Wednesday with police issuing bulletins throughout the day informing drivers of the state of the road network.

The fire service said it responded to 19 calls in the Limassol, Famagusta and Larnaca districts.

Most cases, 12, concerned the Famagusta district where the fire service was called to pump water from basements of homes and of a supermarket and from an electrical appliances warehouse, among other things. Five cases concerned pumping water in the areas of Paralimni, Protaras and Ayia Napa.

Police, in the meantime, advised drivers not to try to get to Troodos without snow chains after several people had tried and failed to reach the mountain resort due to snow and ice on the road surface.

The roads to Troodos were open only to vehicles with four-wheel drive or snow chains police said, sharing photos of the mountainous area covered in snow.

After several drivers were unable to reach Troodos due to slippery roads, police stressed that it was not possible for vehicles without four-wheel drive or snow chains to reach Troodos.

“It has been observed that drivers who were heading to the Troodos mountains via the Limassol-Platres-Troodos road, once approaching Platres, could not continue due to the slippery roads in the area,” police said.

Snow started falling in Troodos early on Wednesday and continued well into the afternoon. 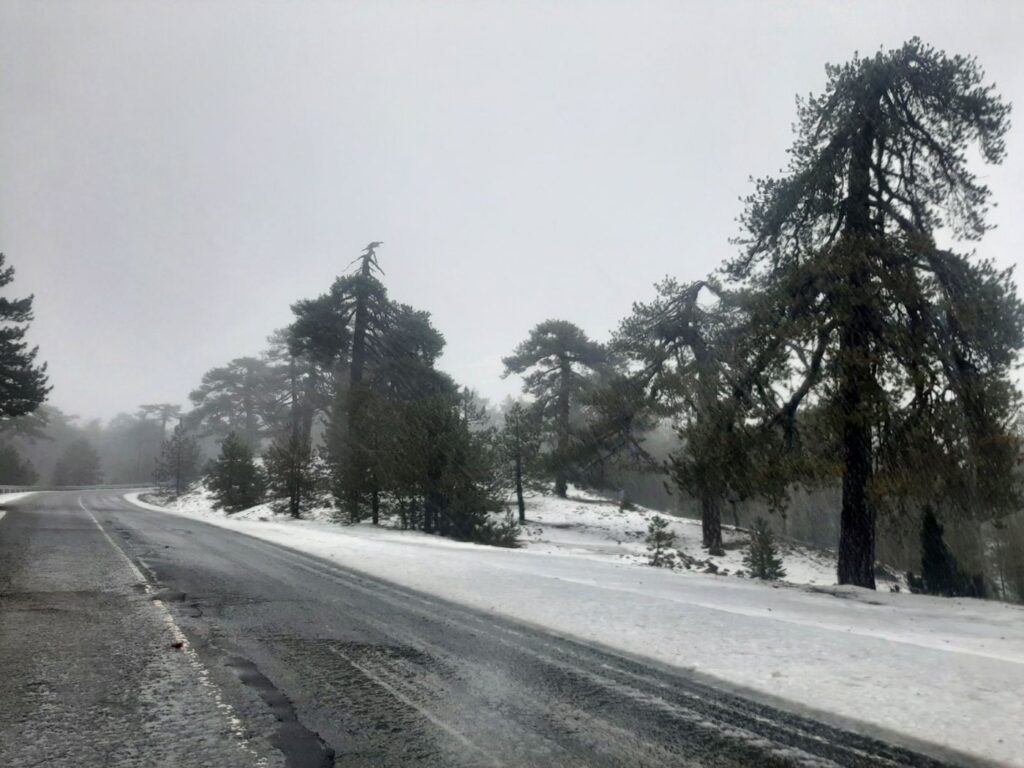 Heavy rainfall and fog created problems in the road network.

At around noon, police said the Famagusta district road network was also slippery due to heavy rain, both on the motorway and residential areas. They had also warned of low visibility.

Fog in the morning also affected visibility in the road network of the Panayia, Statos and Pentalia areas in the Paphos district.

Tuesday’s evening storms caused power outages in some areas in Famagusta and Lefka in the north while damage was also reported.

A yellow weather warning was in force until 5pm on Wednesday for heavy rainfall and possible hail.

Most rain during the past 24 hours was recorded in Stavros tis Psokas in the Paphos forest (58mm), Pano Panayia in the Paphos mountainous area (46.7mm) and Platania in Troodos (35mm).

In general rainfall so far this year since the beginning of October is at 37 per cent of the seasonal average.