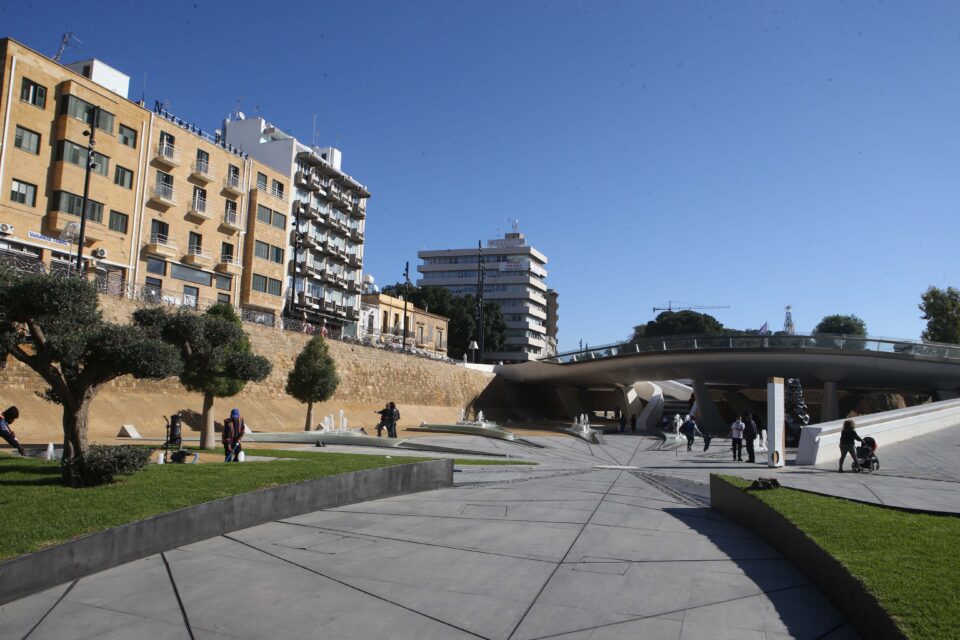 Eleftheria Square is an extremely important project by one of the best architects of the 21st century Nicosia Mayor Constantinos Yiorkadjis said on Thursday expressing pride that the local authority dared to take this project on and see its completion.

He was speaking during a tour of the square by director of Zaha Hadid Architects (ZHA) and co-designer of the project, Christos Passas, ahead of the inauguration ceremony on Friday night.

ZHA said that this challenging and complex redevelopment, incorporating many centuries of the city’s history together with the creation of new works crafted to the highest standards, masterfully weaves together the city’s past with an unwavering optimism for the future.

“We are proud today because Nicosia too has a work by Zaha Hadid,” Yiorkadis said, describing it as architectural art and invited everyone to come and visit and enjoy it.

President Nicos Anastasiades will inaugurate the redeveloped Eleftheria Square, completed after 15 years of construction work. The upper bridge section was opened in December 2018 while the park area in January this year.

The project, Passas said, will be given to the people and will become part of their everyday life.

During a tour of the square and the garden underneath, Passas explained that many factors were taken into consideration for the redevelopment of the area, such as functionality, climate even seismic activity.

Passas said the top part of the square that acts as bridge between Ledra Street and Evagoras Avenue, but also as a meeting point, “is a marvel of structural engineering”. The bridge, part of which hangs over the moat, was designed to withstand earthquakes since Cyprus lies in a seismic zone.

“A lot of skill and technique was used for the creation of this bridge,” he said, adding that there was a lot of effort in combining architecture and structural engineering.

The bridge also functions as a shelter for the space underneath that can be used year-round for events.

Passas also said that the design of the garden incorporated techniques to prevent water build-up in the moat that could harm the walls, built in mid-16th century. Slits in the pavement plaques allow the ground to “breathe”, while it absorbs rainwater used by the trees to grow. The around 200 trees planted in the park area, apart from providing shade, prevent the water level from rising and damaging the walls, he said, while the fountains and cisterns in the garden area, create a cooler environment.

Passas also shared his vision, for the moat around the 11 bastions of the Nicosia Venetian Walls “to turn into a free space for cultural gathering”. He said he would like for all moats to be gradually unified in a park to reunify Nicosia.

He said a bird’s eye view of Nicosia shows a divided city, “that pains us.” “It is obvious to architects that this storyline was violently interrupted.”

Referring to the problems encountered, that led to back-to-back delays in the completion of the project, Passas said that they encountered difficulties from an archaeological point of view, the infrastructure and networks of the city that had to be preserved and which were not even recorded, such as electricity and sewerage.

Another issue encountered, he said, was that part of the bastion had been moved by the British colonial authorities further inside to be able to construct the old bridge between Evagoras Avenue and Ledra Street that was the old Eleftheria Square. After digging up the area, the original part of the wall was revealed leading to works for its protection.

Passas also said when they started to work in the moat area, they came across “a very inhospitable place” filled with rubble, two metres high, dumped there, from the excavation of foundations for buildings in the area.

He also pointed out to a detail in the skylight of the bridge. Passas said it was positioned in such a way so that every year on October 1, Cyprus’ independence anniversary, at 1 pm, the sun shines right through it for a minute and onto the 999 glass spheres installed there that absorb the light. 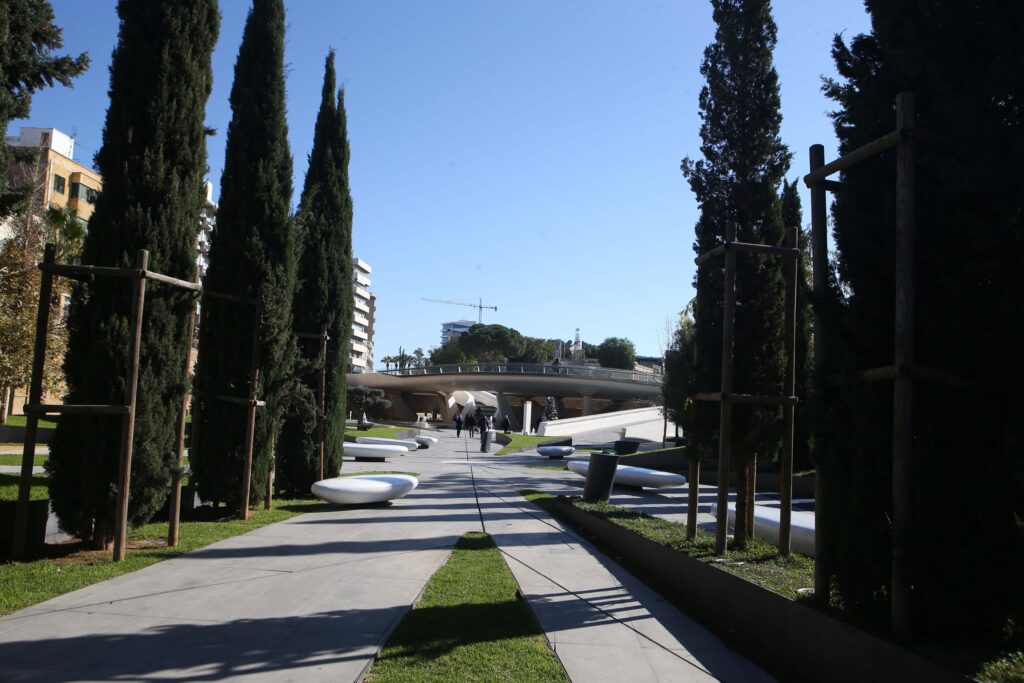 On reactions by some on the design of the square, Passas said not everyone can be satisfied but that the idea behind it will be made clear in the future, pointing out it has already been used by people also for events.

Following a pan-European competition, ZHA won the tender to design Eleftheria Square. Passas was leading the team during the construction. He collaborated with Zaha Hadid since 1998 and viewed the redevelopment of Eleftheria Square through a particular lens, as an architect with detailed knowledge and understanding of Cyprus’ rich history and cultural traditions.

Although Zaha Hadid passed away in 2016 and did not live to see Eleftheria Square completed, Passas confirms she would be “immensely proud” of the quality of new public spaces created for the people of Nicosia.

Our View: There is no point in Guterres appointing a new envoy at present

Banks must evolve to compete with Fintechs, Herodotou says